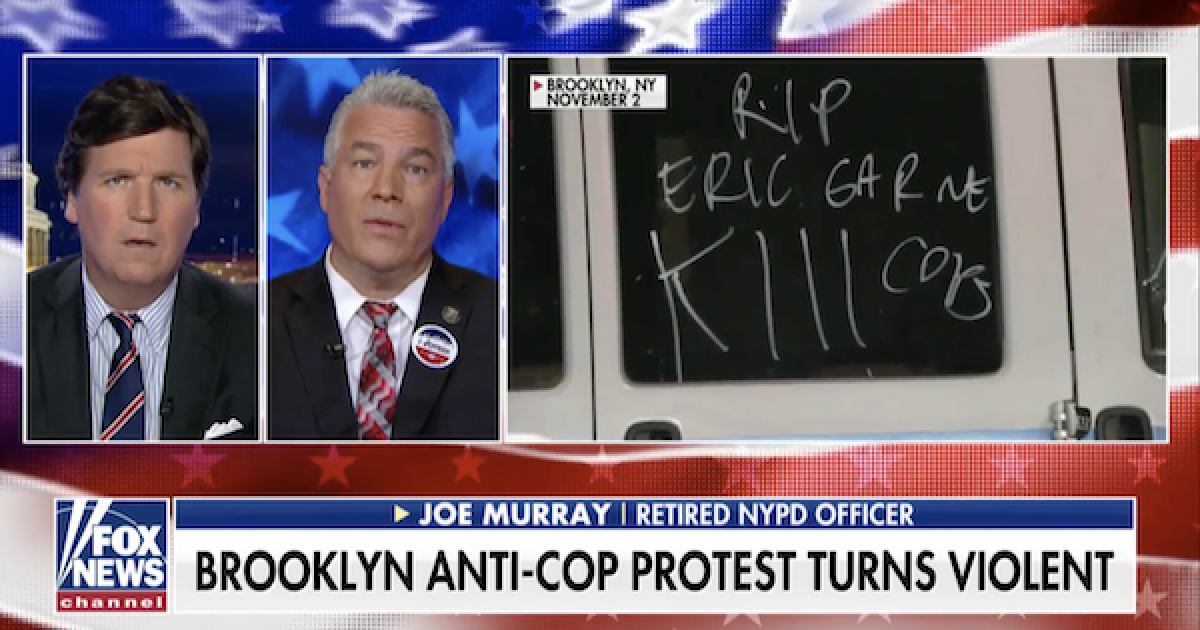 Former NYPD officer Joe Murray took aim at Rep. Alexandria Ocasio-Cortez for lending support to a group of anti-police activists who claimed officers are racist and demanded their supporters punch a cop.

The former lawman appeared in an interview with Fox News’ Tucker Carlson, who asked, “What do you make of a sitting member of Congress endorsing the punch-a-cop movement?”

“Disgusting. I’m all for the First Amendment. People should express themselves,” Murray responded. “But when you are talking about encouraging people to commit crimes, particularly striking police officers, that’s outrageous.”

Carlson and Murray are referencing a tweet in which Ocasio-Cortez stood up for a group of activists who last week engaged in an anti-police protest by jumping subway turnstiles.

The group was fighting against a recent crackdown on fare evasion because, as most criminals do, they believe it is there right to take what others have to pay for.

AOC was all in.

“Ending mass incarceration means challenging a system that jails the poor to free the rich,” she thought and then actually wrote. “Arresting people who can’t afford a $2.75 fare makes no one safer and destabilizes our community.”

Well, hell, then, everyone should just be able to walk into their local grocery store and take whatever they want too. We wouldn’t want to ‘destabilize the community’ by punishing those super-stabilizing criminals, now would we?

Ending mass incarceration means challenging a system that jails the poor to free the rich.

Arresting people who can’t afford a $2.75 fare makes no one safer and destabilizes our community.

New Yorkers know that, they’re not having it, and they’re standing up for each other. https://t.co/asvidIe5zV

It would be one thing if Ocasio-Cortez were propping up a group of reasonable and peaceful protesters. But she isn’t.

The chants and signs coming from some of the mob members were, as Murray states, disgusting.

“Don’t let these pigs touch us.”

“No justice, no peace/F*** these racist police.”

Having the back of people that want to punch cops is such an AOC thing to do.

This is the same woman, after all, who accused border patrol agents of being “physically and sexually threatening” towards her. The same socialist clown who shared a fundraising plea for Antifa activists accused of assaulting police officers in Boston, Massachusetts, this past September.

Please stop advocating for criminals who were justifiable arrested in multiple occasions when they crowded streets with moving traffic, physically pressed up against officers who ordered them to clear the area, and harassed them flipping them off & calling them pigs and the kkk

Additionally, the darling of the Democrat party refused to condemn a terrorist attack on an ICE facility in July. An attack that was actually inspired by her own inflammatory rhetoric.

AOC has a thoroughly fleshed out resume of hatred for law enforcement.