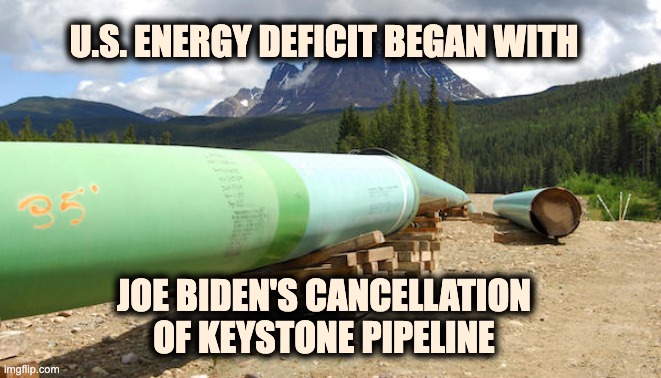 CBS News claimed that Biden’s economic crises were caused by the Russia/Ukraine crisis in their continuing effort to prop up Joe Biden. I know what you are thinking, but April fools day is over a month away.

A CBS News tweet said, “The U.S. economy has been hit with increased gas prices, inflation, and supply-chain issues due to the Ukraine crisis.

The U.S. economy has been hit with increased gas prices, inflation, and supply-chain issues due to the Ukraine crisis. https://t.co/d9dwXWpcvf

The tweet links to an article that primarily predicts how the economy will worsen because of the crisis, which is reasonable. However, it begins with the same claim that the Ukraine crisis caused our present economic problems.

“Although many Americans may prefer that the U.S. stay out of the conflict between Russia and Ukraine, the brewing violence and political fallout are already hurting their wallets.”

The CBS clam ignores that in June 2021, Democrat  Larry Summers, Treasury Secretary under Bubba Clinton and the head of the National Economic Council under Obama, warned that the U.S. economy was too hot. Per Summers, if the Fed kept “printing money,” and the government kept spending like a drunken sailor, we were heading toward a significant inflationary period. He didn’t mention Russia moving in on Ukraine in six months, and the Fed and government ignored his recommendations about the money supply and spending.

CBS blamed inflation was caused by a drop in energy supply. That drop happened long before the Ukraine conflict and wasn’t caused by fear of a major war.

Biden started a policy to raise U.S. gas prices from his first day in office when he killed the Keystone pipeline. Since then, he continued his anti-fossil fuel policies with actions such as eliminating drilling on federal lands, new regulations regarding oil to raise prices and gas drilling, reversing the Trump policy passed by congress to allow drilling in the oil-rich  ANWR animal reserve in Alaska despite that it was proven not to hurt the wildlife, and much more.

The real reasons for the climate change hypothesis were explained years before Russia decided to invade Ukraine. In 2011 Ottmar Edenhofer, who was the author of the 2010 U.N. climate assessment, admitted in a speech it was not about climate but “about how we redistribute de facto the world’s wealth.” 2015 saw Christiana Figueres, the executive secretary of U.N.’s Framework Convention on Climate Change, say the goal of environmental activists is not to save the world from ecological calamity but to destroy capitalism.

So the real reason for Biden’s energy policies and liberal’s insistence on programs to raise fossil fuel prices has nothing to do with the Russa/Ukraine conflict but is based on the Democratic Party’s socialist goals of redistributing income worldwide and destroying capitalism.

But what about the supply chain crisis?

According to Business Insider, it has nothing to do with the Russian invasion of Ukraine.

The supply-chain disruption started more than a year ago as governments’ and corporations’ responses to COVID-19 created a million small interruptions. That combined with exploding consumer demand is a recipe for a transportation bottleneck in the form of port backlogs that created the famous line of cargo ships off the California coast.

As importers try to shove more goods through that bottleneck, it gets worse. The backlog and the mess of factory closures, labor issues, and equipment shortages behind it has been deemed the “everything shortage” or the “supply-chain crisis.”

The NY Times had the same conclusion.

Why would CBS report that America’s inflation was caused by reduced energy production and the supply crisis caused by the Russian of Ukraine? Possibly because they didn’t get the memo. While even liberal media is starting to blame the Biden administration for the lousy economy, CBS is still trying to protect their guy. They shaped their political coverage so that the Democratic Party candidate would defeat Trump. If they don’t protect Biden even by making false claims,  Americans will understand that the CBS news organization are the liars that they are.

For more on the CBS lies to protect Biden read Ed Morrissey’s story “CBS News: The source for inflation and supply-chain woes is … Ukraine?“ at Hot Air.