Additional Proof California Is Being Destroyed by Liberal Policies 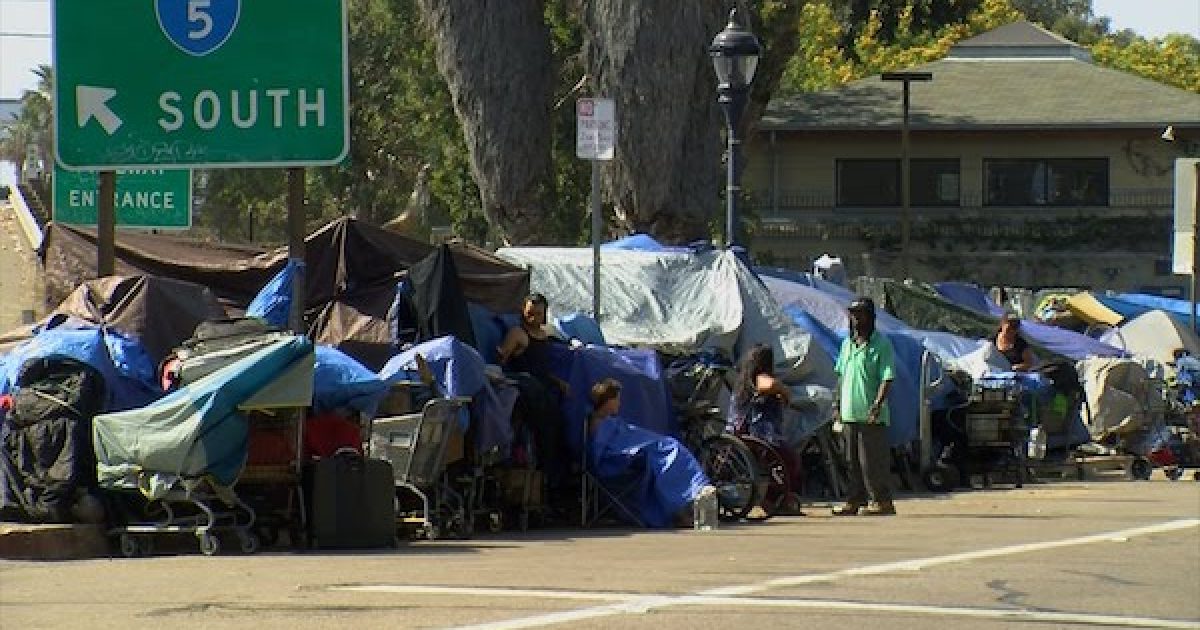 Liberals are no longer destroying California bit-by-bit. They have sped their destruction up to a faster clip and conservative actor James Woods just showed some proof of the frenetic pace.

Usually, the left in California, especially the Hollywood elite, have succeeded in secluding themselves away from the troubles the average citizen faces every day, but Woods shows that even the liberal elites are starting to be forced to confront the troubles they have wrought with their foolhardy, self-destructive policies.

Liberals have allowed the once great state of California to devolve into the worst dystopian mess in the nation (though Illinois is desperately trying to beat the west coasters). But, now even the elites are finding their territory overrun with the homeless and illegals and conservative actor James Woods revealed a shocking video outside the famed studios of TV mogul Oprah Winfrey to show it.

“This is the sidewalk next to Oprah Winfrey’s studio in West Hollywood,” Woods tweeted on May 25. “She has done extensive, and truly beautiful renovations to The Lot. Brand new apartments were built across the street. The new resident families cannot walk their children on the sidewalk to the local school.”

Along with the tweet, Woods added a video showing row after row of tents used by illegals and homeless people living on the very sidewalk outside Oprah’s studios.

This is the sidewalk next to Oprah Winfrey’s studio in West Hollywood. She has done extensive, and truly beautiful renovations to The Lot. Brand new apartments were built across the street. The new resident families cannot walk their children on the sidewalk to the local school. pic.twitter.com/xEsdTiRpUB

Conservative Tribune reported the major trouble that California is seeing with the growing number of homeless people in the state.

As you may have heard, California has a bit of a homelessness problem. Even Politifact — a site which, in spite of its name, isn’t known for giving particularly accurate facts on politics if those facts skew conservative — backed up one of California’s GOP gubernatorial candidates when he said “(h)omelessness has skyrocketed across California. We have the nation’s highest homelessness rate and the nation’s highest homeless population.”

They tried to prove him wrong by focusing on the word “skyrocketed” — and failed.

“The report shows California’s homeless population jumped nearly 14 percent from 2016 to 2017 — to a total of more than 134,00 people. It rose nearly 9 percent over the previous seven years,” they noted.

“That’s much different than the national picture. While the national homeless population ticked up about 1 percent in 2017, it remained 13 percent lower than in 2010, according to an NPR analysis following the report’s release.

“Notably, the rise statewide and nationally in 2017 was attributed to a surge in the number of people living on the streets in Los Angeles and other West Coast cities, at least in part due to a shortage of affordable housing.”

James Woods is not alone in posting such a disheartening video. Buzz Feed’s Jim Dalrymple also found such a video that speaks to the homeless trouble.

This video is incredible. It’s shows a 10 min bike ride through Orange County, CA, and almost the entire path is lined with homeless tent cities. https://t.co/X6i5M85IZm

The mess is deepening, too. It is so bad that now, even many lower middle class Californians can’t afford their housing in their own cities.

According to Fox News, the Golden State has the most “broken” housing system in the nation.

“California has a housing crisis. We can’t provide housing to our citizens,” said Rita Brandin, with San Diego developer Newland Communities. “In Georgia, Texas and Florida, it can take a year and a half from concept to permits. In California, just the process from concept to approvals, is five years – that does not include the environmental lawsuits faced by 90 percent of projects.”

And, if you can believe it, the state just made things worse by requiring all new home construction to add tens of thousands of dollars in solar energy equipment.

With the middle class already being priced out of being able to afford homes, these new solar energy requirements will have a range of bad effects in those increasingly unable to afford to live in the Golden State.

A recent report by the Los Angeles Times noted that upwards of 30 percent of people in the state’s metro areas cannot afford housing in their area and, in some places, that number reaches as high as 60 percent.

On the other hand, while advocates for the plan admit that the costs will drive more people out of the housing market, they insist the addition of solar power will end up saving homeowners in electric costs. Some analysts claimed that while mortgage costs on a thirty-year loan could go up as much as $40 a month due to the solar requirements, owners may also save up to $80 a month on electric costs.

Some have noted that the ability of richer residents to indulge their need to go solar actually drives up costs for those who don’t have the money to install the systems. As wealthier residents go solar, poorer residents find their bills rising and their lives harder as they foot the growing costs incurred by electric companies trying to maintain the power grid even as they lose customers to solar.

A recent report by the Manhattan Institute decries this “energy poverty,” saying, “The highest rates of energy poverty are occurring in the most economically depressed parts of the state.”

“Energy poverty” is determined by the growing percentage of a household’s income spent on electric, heating, cooling, and transportation.

Advocates for the poor fear that the new rules passed by fiat by the California Energy Commission will only cause energy poverty to grow.

But don’t worry. Now that California has that highly successful bullet train — that is billions over budget and counting, and goes from nowhere to nowhere — residents will be able to speed through their state in record time… if the project is ever finished.. so that they won’t even have to see the blight their politicians are lovingly bestowing on their state.

Yes, the only place liberals have made a worse mess is Venezuela.