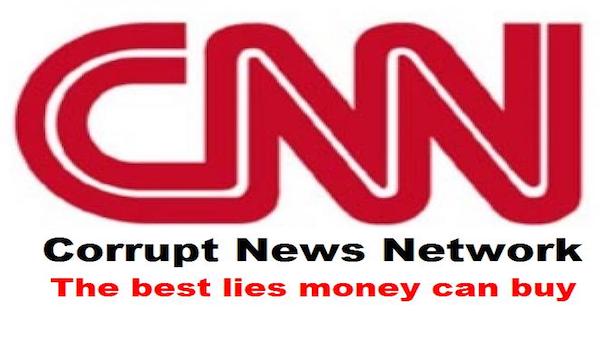 When asked by an undercover journalist if CNN is impartial, Carr plainly responded, “In theory.”

He then continued to talk about CNN’s views on President Trump:

On the inside, we all recognize he is a clown that he is hilariously unqualified for this. He’s really bad at this and that he does not have America’s best interests. We recognize he’s just f**ing crazy

He continues to attack Trump personally, instead of focusing on his policy:

“He’s not actually a Republican. He just adopted that because that was the party he thought he could win in. He doesn’t believe anything that these people believe. The man is on his third wife. I guarantee you he’s paid for abortions. He doesn’t give a shit about abortion. He doesn’t care about gay marriage.”

He also attacked Kellyanne Conway, stating that she “looks like she got hit with a shovel.”

Carr echoed the sentiment of John Bonifield from the first American Pravda video – that the narrative comes from the top, and Russia is good for ratings:

“…it’s decisions made by people higher than me and if they go wow, your ratings are soaring right now. Keep up what you’re doing. Well, what we’re doing is Russia, ISIS, London terror, shooting in Chicago, that’s it.”

You may remember that CNN released a statement in response to the fallout of Tuesday’s  Project Veritas video where a different CNN producer said the Russia story is bull sh*t, “Diversity of personal opinion is what makes CNN strong, we welcome it and embrace it.” But according to Carr, the reality is that there is little diversity of opinion at CNN:

Carr: “Like, no I wouldn’t say with her but just acknowledge the fact that he’s batshit… my direct co-workers.”

The video also gives an example of CNN selective editing.Carr produces New Day, which is hosted by Alisyn Camerota and Chris Cuomo. Two months into the Trump Presidency, Camerota hosted an eight-minute panel discussion featuring six Trump supporters. Veritas got a copy of the leaked audio from the segment – an hour and a half long that was whittled down to eight minutes, that proved context of their arguments were omitted to feed CNN’s Anti-Trump narrative.

Watch the Project Veritas video below: