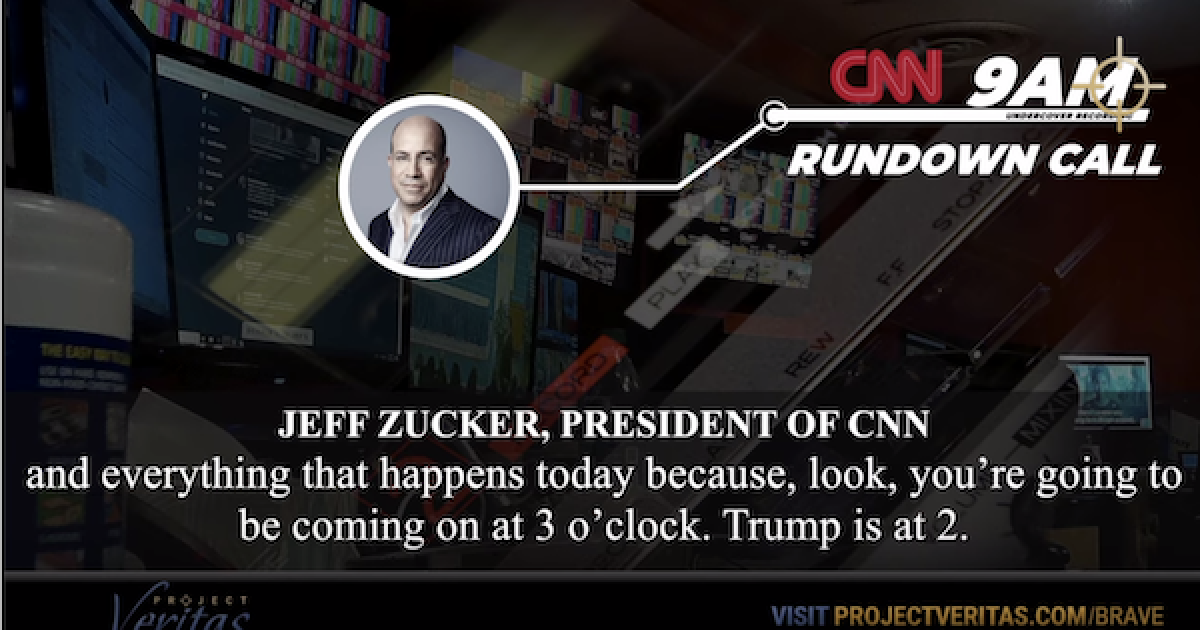 Cary Poarch, who works at CNN’s Washington D.C. Bureau [I would suspect he is out of a job by new] wore a hidden camera “to expose the bias running rampant” at the network. He recorded undercover footage for months and this first Project Veritas report concentrates on Jeff Zucker’s hatred of the President (video embedded below). At one point he secretly recorded a  9am rundown conference call with Zucker,  senior management and executives, says Poarch.

In one of the recordings, Zucker directed staffers to push the impeachment narrative.

“I want to stay with this, our top, top – our own reporters, our own political analysts, the top, the top [unintelligible] we have. Okay, so make sure we’re doing that. All these moves are moves towards impeachment. So, don’t – don’t lose sight of what the biggest story is.”

They weren’t too happy with Fox News either:

“I think what’s going on in America now is really fundamentally result of years of fake news, conspiracy nonsense from Fox News that has taken root in this country…”

Zucker continues, “The fake conspiracy nonsense that Fox has spread for years is now deeply embedded in American society and at the highest levels of the Republican elected officials as we’ve seen…and frankly, that is beyond destructive for America…”

Zucker also directed his people to stop being nice to Lindsey Graham:

“Yeah, so I just want to say on the Lindsey Graham front, I know that there’s a lot of people at CNN that are friendly with Lindsey Graham. It’s time to knock that off and it’s time to call him out.”

“Like, there are a lot of people who are out here trying to play like, just do what they think is the best journalistic integrity. Then you get on the 9am call and the big boss, Jeff Zucker, f**king tells what to do….”

There are many more revelations in the video below, and stay tuned because Project Veritas says there are more CNN revelations to come.