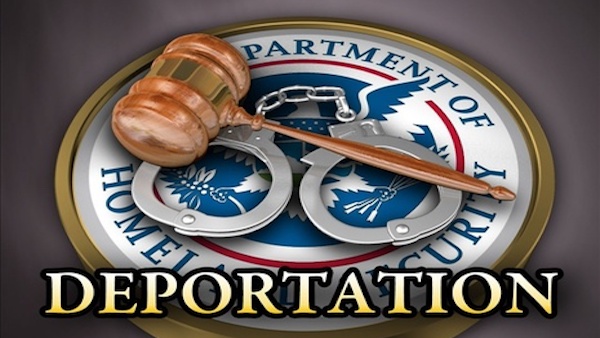 Donald Trump’s so-called “Muslim ban” was one attempt to honor some of his immigration promises. The Establishment-captured courts stopped that until recently and even now it is not allowed to be fully implemented. But, whether it is a good idea to expand the powers of DHS or not, Trump has obviously not been dissuaded from pursuing the fulfillment of his immigration promises, this time by making deportation easier.

The Trump administration is weighing a new policy to dramatically expand the Department of Homeland Security’s powers to expedite the deportations of some illegal immigrants.

Since 2004, the agency has been authorized to bypass immigration courts only for immigrants who had been living in the country illegally for less than two weeks and were apprehended within 100 miles of the border.

Under the proposal, the agency would be empowered to seek the expedited removal of illegal immigrants apprehended anywhere in the United States who cannot prove they have lived in the country continuously for more than 90 days, according to a 13-page internal agency memo obtained by The Washington Post.

The new guidelines, if enacted, would represent a major expansion of the agency’s authority to speed up deportations under President Trump, who has made border security a top priority.

Two administration officials confirmed that the proposed new policy, which would not require congressional approval, is under review. The memo was circulated at the White House in May, and DHS is reviewing comments on the document from the Office of Management and Budget, according to one administration official familiar with the process who spoke on the condition of anonymity.