No Pres. Trump, You Can’t Decide Which Part Of The Constitution To Follow 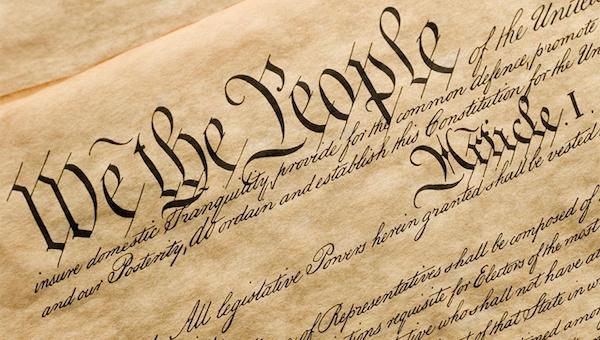 On his Truth Social media platform, former President Trump indicated that if he didn’t believe the results were legitimate, he could ignore the Constitution “So, with the revelation of MASSIVE & WIDESPREAD FRAUD & DECEPTION in working closely with Big Tech Companies, the DNC, & the Democrat Party, do you throw the Presidential Election Results of 2020 OUT and declare the RIGHTFUL WINNER, or do you have a NEW ELECTION?  A Massive Fraud of this type and magnitude allows for the termination of all rules, regulations, and articles, even those found in the Constitution. Our great “Founders” did not want, and would not condone, False & Fraudulent Elections!”

Trump’s statement was incited by the 2020 election. To be honest, as a Trump voter,  for a few weeks after the vote, the presidential election seemed funky to me. But I stopped caring about it when I realized that even if the bogus vote counting was proven. Biden would not be kicked out of office. It would have to be proven that Biden knew about and participated in the miscount. We’re talking about a man who sometimes forgets he’s the president.

So Joe Biden was president and one of the worst in history, and Biden’s approval fell into the abyss. But instead of talking about how he can make America great again, again, Trump harped on the 2020 election. He gave the Democrats ammunition for the mid-terms…  Republicans want to steal elections and ruin democracy.

A month after the midterms, Donald Trump wrote on Truth Social, the social media platform medium he created: 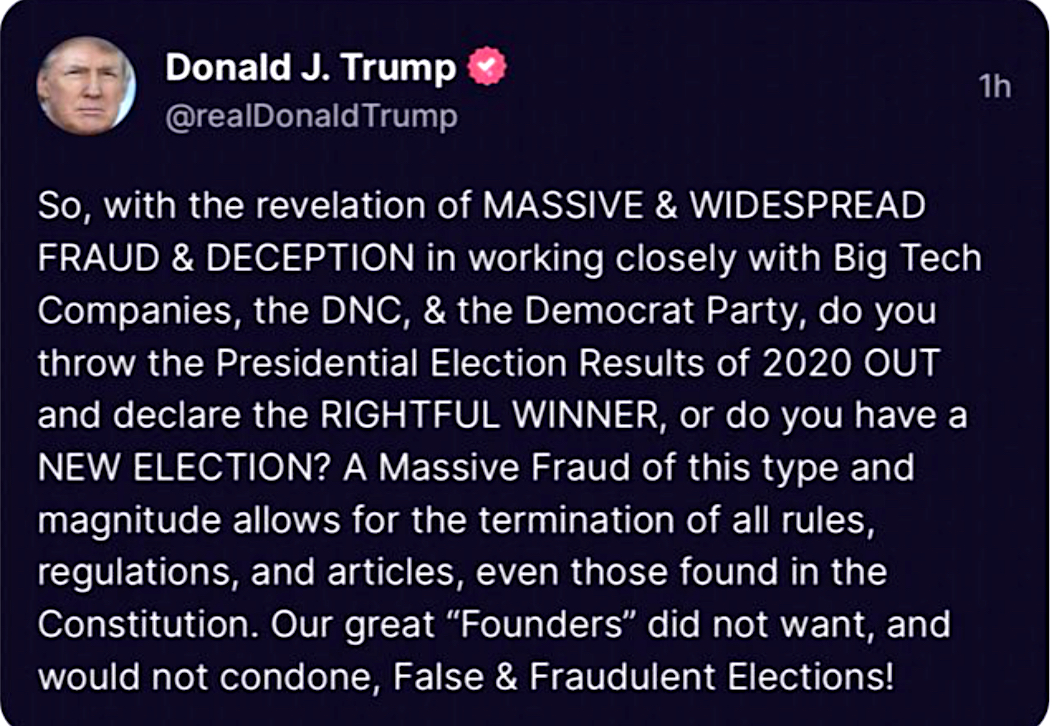 The most disgusting part of that message was, “A Massive Fraud of this type and magnitude allows for the termination of all rules, regulations, and articles, even those found in the Constitution.”

In fact, the presidential oath of office says, “”I do solemnly swear (or affirm) that I will faithfully execute the Office of President of the United States, and will to the best of my ability, preserve, protect and defend the Constitution of the United States.”

His comment about the Constitution destroyed his chance to be president again.

If Donald Trump cared about the country’s future, he would retract his announcement that he was running. Based on his statement above and his 18 months of claiming he was robbed of the presidency, even if he got the nomination, he would lose based on his seeming disregard for the,, Constitution. America would be stuck with a second term of Biden or a different Democrat who likely would be even further to the left.

If he loses the nomination, there likely will be a bloodbath, dividing the party and ending with a low conservative turnout, a GOP loss, and the same result as above.

That’s why Mr. President unless you believe that another four years of a liberal extremist in the oval office is the best thing for the United States— for the good of the country, please withdraw.