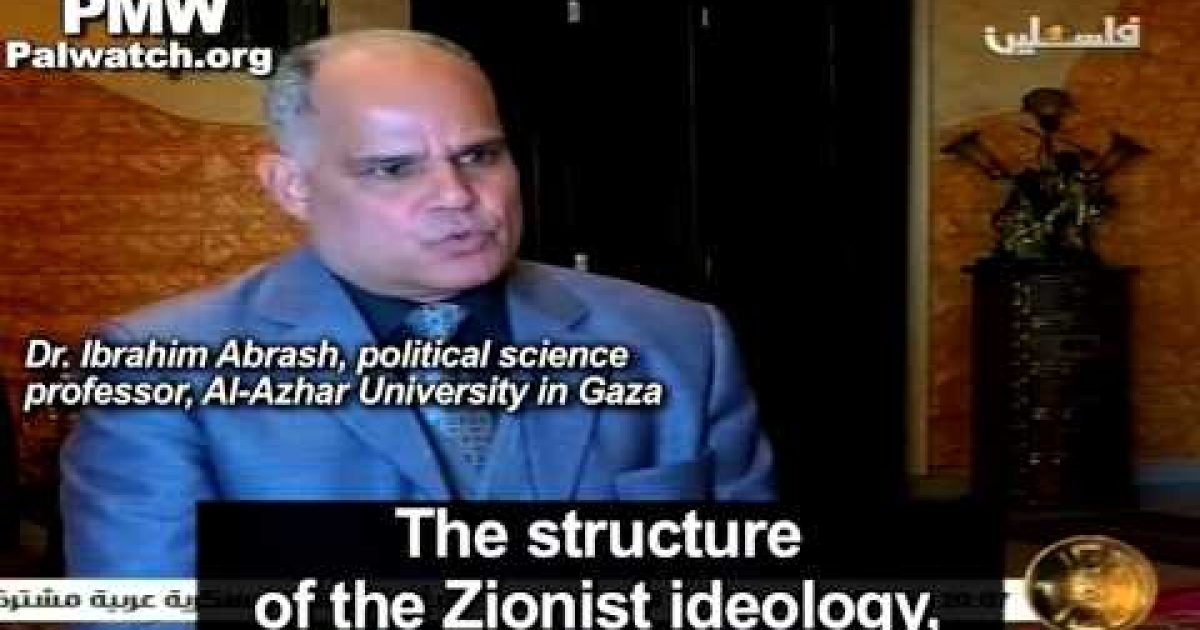 “The structure of the Zionist ideology, and even the structure of the Jewish religion, are based on extremism. The term ‘Gentiles’ exists in the Jewish religion, ‘us vs. the Gentiles,’ and it is permitted to steal from and kill Gentiles. The Zionist ideology came into being, based on denial the existence of the other, the denial and lack of recognition of us, the Palestinians.”

A month later on April 29th also on the Palestinian Authority controlled TV station TV Fatah spokesperson, Osama Al-Qawasmi, quoted the Russian forgery The Protocols of the Elders of Zion as if it were a true document.

“According to Israel’s ideology, strategy and policy from 1956 until now, Gaza is outside the Israeli ideological thinking. Even in their Protocols [of the Elders of Zion] and even in their Bible [it says]: “Don’t live in Gaza.

Don’t you think it a bit strange that after the recent Israeli elections, President Obama blasted Israeli Prime Minister Netanyahu for his interpretation of statements Bibi didn’t make, but doesn’t offer a peep about the hatred broadcast on the official Palestinian TV by party official or approved academics?