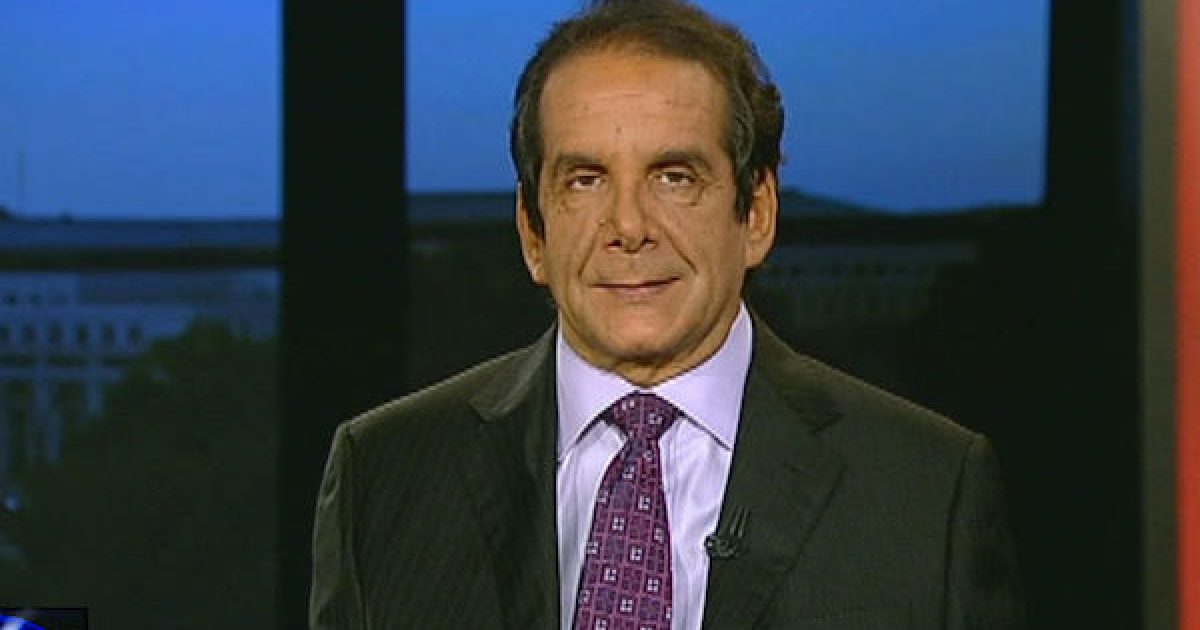 While I don’t alway’s agree with Charles Krauthammer, he is the best conservative columnist there is.  I have always appreciated his incredibly insightful commentaries written with grace and genius. He has been absent from Fox News and from his Washington Post column for about ten months. On Friday Charles Krauthammer posted a letter on Facebook, Fox News, and Washington Post letter explaining his illness and revealing that he only has a few weeks to live.

A letter from Charles Krauthammer:

I have been uncharacteristically silent these past ten months. I had thought that silence would soon be coming to an end, but I’m afraid I must tell you now that fate has decided on a different course for me.

In August of last year, I underwent surgery to remove a cancerous tumor in my abdomen. That operation was thought to have been a success, but it caused a cascade of secondary complications – which I have been fighting in hospital ever since. It was a long and hard fight with many setbacks, but I was steadily, if slowly, overcoming each obstacle along the way and gradually making my way back to health.

However, recent tests have revealed that the cancer has returned. There was no sign of it as recently as a month ago, which means it is aggressive and spreading rapidly. My doctors tell me their best estimate is that I have only a few weeks left to live. This is the final verdict. My fight is over.

I wish to thank my doctors and caregivers, whose efforts have been magnificent. My dear friends, who have given me a lifetime of memories and whose support has sustained me through these difficult months. And all of my partners at The Washington Post, Fox News, and Crown Publishing.

Lastly, I thank my colleagues, my readers, and my viewers, who have made my career possible and given consequence to my life’s work. I believe that the pursuit of truth and right ideas through honest debate and rigorous argument is a noble undertaking. I am grateful to have played a small role in the conversations that have helped guide this extraordinary nation’s destiny.

I leave this life with no regrets. It was a wonderful life – full and complete with the great loves and great endeavors that make it worth living. I am sad to leave, but I leave with the knowledge that I lived the life that I intended.

I’ve missed Charles Krauthammer these many months and am saddened to learn the loss will now be permanent.

As Charles is of the Jewish Faith, I offer this prayer:

The transliteration of which is

May the Almighty have mercy on you, among all the sick of Israel.