The Zionist Left And The PLO Flag: A Troubling Episode 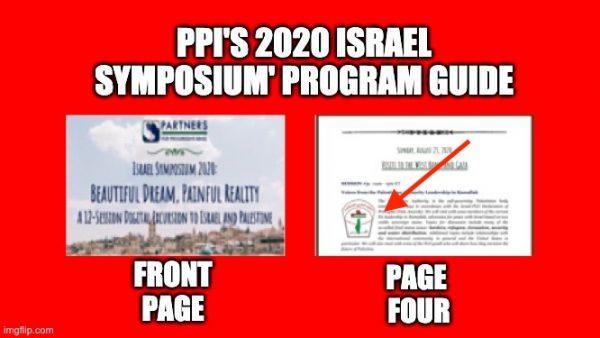 Flags mean something. Countries, states, and even terrorist organizations design their flags to make a statement about their history, values, or aspirations. America’s stars and stripes symbolize the original 13 colonies and 50 states of the union. Canada’s maple leaf alludes to its natural resources. PPI using the PLO Flag

On the other end of the moral spectrum, the Nazis adopted the swastika because they believed it was connected to “Aryan” history. Hezbollah’s flag features the slogan “Party of Allah” and an assault rifle. The PLO and its governing arm, the Palestinian Authority, have used several emblems over the years. One features a map of all of Israel—not just the disputed territories, but all of Israel—across which are the words, “Palestine from the river to the sea,” in Arabic.

A maple leaf may not convey a particularly powerful message. But a map asserting that all of Israel is really “Palestine” and needs to be conquered sends a compelling message to the Palestinian Arab public. When the ruling P.A. regime displays such a map, it teaches Palestinian Arabs what their goal should be.

The Oslo Accords required the PLO and P.A. to cease their hate propaganda, including symbols that promote violence or the goal of destroying the State of Israel. I thought that groups on the Zionist left, such as Partners for Progressive Israel (PPI), supported the Oslo agreements.

So my colleagues and I at Herut North America were deeply disappointed when we discovered that PPI had reproduced the P.A.’s destroy-Israel emblem in the guide for its recent series of educational seminars, “Israel Symposium 2020: Beautiful Dream, Painful Reality.” The symbol was used to illustrate the PPI’s virtual meeting with P.A. officials. The PPI did not include any explanation of what the Arabic words mean or what the map symbolizes.

In early September, we expressed concern about PPI’s action. In communications with our fellow Zionists, we pointed out that the publication of this PLO symbol of hate could have served as an important educational purpose if it had been accompanied by explanatory text. However, the PPI’s text did not do that. 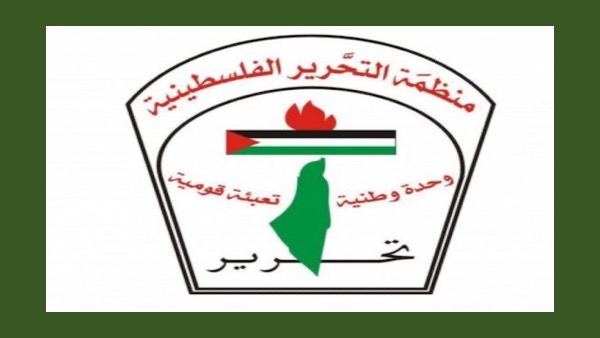 On the contrary, it misleadingly referred to the P.A. favoring a “two-state solution.” The map represents the very opposite of a two-state solution. It represents, in its own words, the goal of establishing “Palestine from the river to the sea”—that is, in place of Israel.

Objecting to the reproduction of the PLO’s hate map should not be a partisan issue. Palestinian Arab violence has never distinguished between left-wing and right-wing Jews. We pointed out that many of the Jewish victims of Palestinian terrorism have been associated with organizations that are part of or related to the parties and factions that make up Partners for Progressive Israel.

For example, under that banner and symbol of hate, PLO terrorists murdered Hashomer Hatzair veteran and Arab-Jewish coexistence activist Alexander Arad near Kibbutz Ramot Menashe on Rosh Hashanah, Sept. 24, 1987. PLO terrorists also strangled and burned to death Mapam Youth activist Ziva Goldovsky near Ramallah on Aug. 13, 1988; gunned down five residents, including children aged 4 and 5, in Kibbutz Metzer, a Hashomer Hatzair kibbutz, on Nov. 10, 2002; and shot and stabbed to death 76-year-old Richard Lakin, an Americans for Peace Now activist from Connecticut, on a Jerusalem bus on Oct. 13, 2015.

We emphasized that we were not saying that PPI or anybody else should be prevented from publishing the PLO emblem or censored in any way. We were not objecting to the reproduction of the P.A. flag in the PPI guide. We were not questioning the Zionist bona fides of the PPI.

All we were saying was that without fully explaining and translating the PLO hate symbol that appears in its booklet, the PPI is helping to mainstream that vile symbol and is, in effect, whitewashing the message of hate and violence that the symbol contains.

How did the PPI respond to our expression of concern? First, it stalled. For more than two months, it refused to address the issue at all. Then last week, David Dormont of the PPI announced that “no reason exists for PPI to have to respond.” He even characterized our question as “harassment.”

It’s a sad day for American Jewry when a Zionist organization refuses to dialogue with a fellow Zionist organization. After years of American society being torn apart by rancor and rhetorical excesses, a new era is hopefully now dawning. American Zionists need to likewise turn over a new leaf and embrace the values of tolerance and diversity of opinion. A legitimate question about an organization’s actions should not be ignored, stonewalled, or smeared as “harassment,” especially when the question concerns life-and-death issues for Israel and the Jewish people.

Moshe Phillips is the national director of Herut North America’s U.S. division. A Zionist Organization of which The Lid is an active member.  Why don’t you join us? More information is available at www.herutna.org.