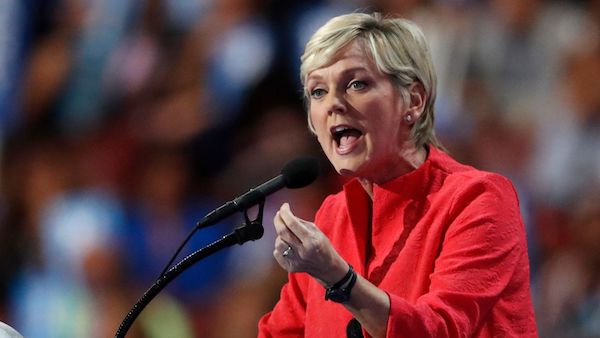 poor people can save money

The Biden Administration is constantly showing just how out of touch they are with average Americans struggling with inflation. Secretary Granholm goes next level.

Leftists everywhere are committed to a new Green Utopia, and they don’t seem to give a damn how many people their “great reset” hurts people in the here and now.

Biden’s “Build Back Better” agenda hinges on reducing fossil fuel use in the United States and buying solar panels and wind turbines made in…*checks notes*… China.

The Biden-Harris administration seems oblivious that if people are struggling to put food on the table and keep their gas tanks full, they don’t have tens of thousands extra to “invest” in green initiatives like electric vehicles and solar panels.

Earlier this year, Transportation Secretary Pete Buttigieg made headlines when he said that The Poors should just spend the $50k on an EV so that they didn’t have to deal with that $5/gallon gas.

But don’t worry… they’re offering a $7500 tax credit on select American-made models that will help make those higher-priced electric vehicles (that qualify) much more affordable. 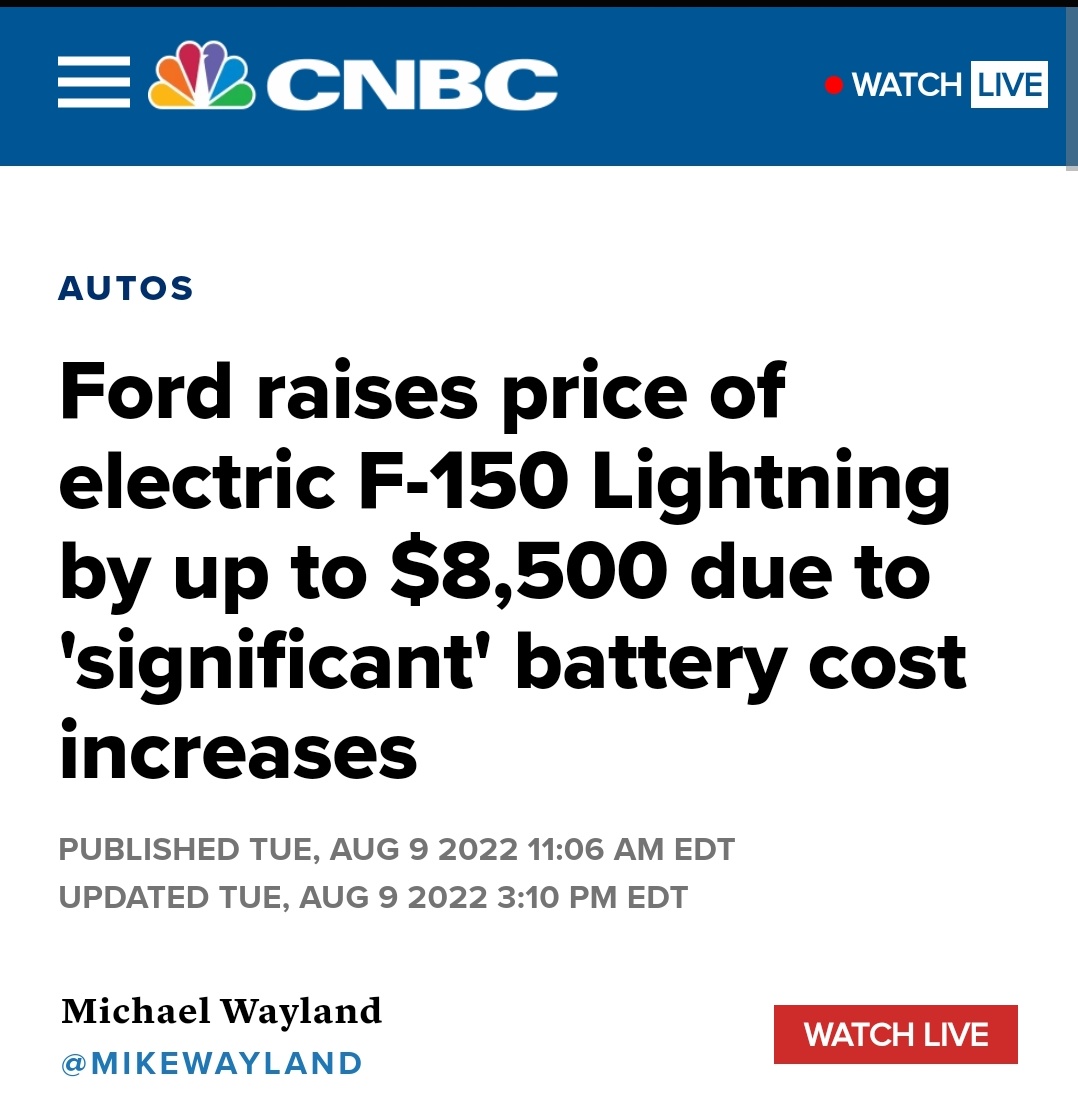 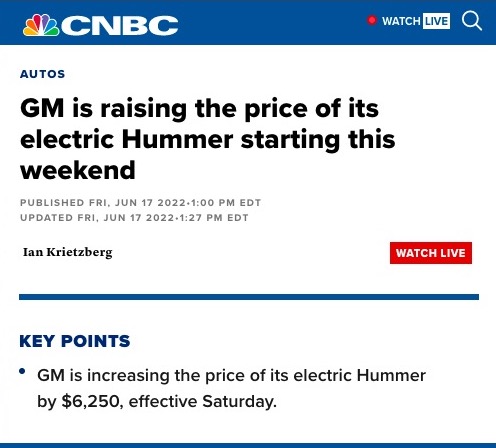 Oh, well. But that’s just EVs. The Biden administration has other solutions for people to “save money.” But, according to the Biden admin, it takes money to save money.

On Fox News Sunday, Energy Secretary Jennifer Granholm was touting the “incentives” in the Inflation
Exacerbation Act. When she was asked by host Trace Gallagher what she’d say to families that can’t afford to make the upgrades in the first place, her response is telling.

Biden Energy Secretary Jennifer Granholm: “If you are low-income, you can get your home entirely weatherized” to help deal with 40-year high inflation.

“You can get 30% off the price of solar panels.” pic.twitter.com/qUM7JGvdYN

The motto of the Biden administration: 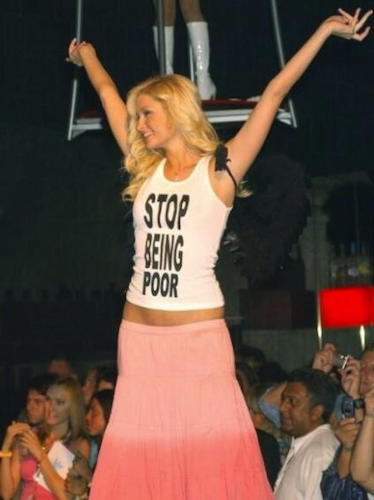 Granholm is so out of touch.

“Let them get solar panels,” says Secretary Granholm in a weak imitation of Marie Antoinette. 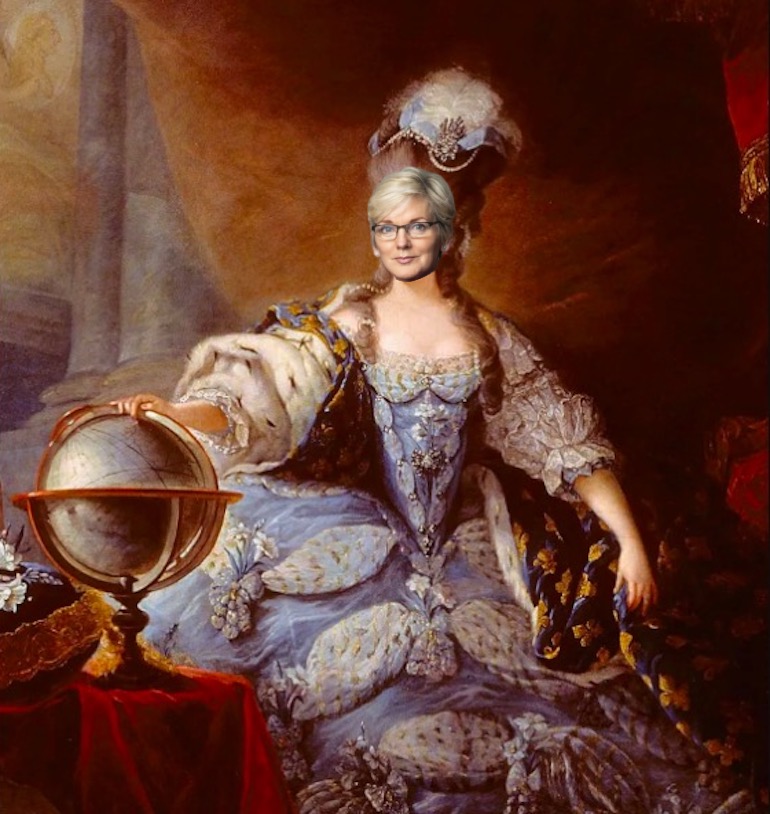 She says that low-income homeowners don’t have to pay for anything — does that include the labor to install these new Green Wonders?

What about renters? They can’t simply decide to upgrade the home they’re living in.

How about those in apartment buildings or high-rise condos? Just tons of opportunities for solar panels and EV chargers for those buildings, right?

But if you’ve got a moderate income — whatever that means — no problemo. She says you can get 30% off the cost, and it can be financed so you don’t have to pay for it all up-front. (She doesn’t mention that the financing will include interest on the tens of thousands borrowed.)

While Granholm insists that the point of the Green New Deal, which has been billed as the Inflation Reduction Act, is to create “a U.S.-based energy ecosystem,” the solar panels are still made in China.

At least we know that the Biden Administration is committed to organic with all the manure that Granholm was spreading in just a brief segment.

You can watch the whole interview here.

If these low income types just spent $60k on an electric car and $20k on some solar panels, they would hardly notice inflation. I mean, surely their income can’t be so low that they don’t have an extra $80k lying around. https://t.co/uAo1ESVsWP

Can’t afford food or gas, but this is great… https://t.co/8H5DTuXVBB

Democrats are so out of touch with Americans. Most low-income and many middle class can’t own homes. Especially on the coasts. 30% off of solar panels means absolutely nothing. https://t.co/ixoonwqLIC

GOP just needs to run ad after ad of Granholm telling the poors to buy solar panels and electric cars to save money. https://t.co/oAdXKutrBi

They don’t know how they sound, because everything they read and everyone they know just echo their ideology back at them – except turned up in volume, higher in pitch, and with applause. https://t.co/kniDhNR4WB

An underrated aspect of the Biden admin unpopularity is just how terribly his cabinet has performed at messaging – Becerra, Mayorkas, Granholm, Buttigieg, Garland, Yellen all drags. When your best performer is Tony Blinken you have a problem. https://t.co/i0Du46TXPQ

Perfect of example about how Democrats don’t care about rising costs, only their Green New Deal.

Food is rising at the fastest pace since 1979 and Biden’s response is to push you to buy solar panels. https://t.co/TqSJKVKMu4

Jesse Kelly had perhaps the most relevant take…

Everything you see is easy to understand when you just accept that they hate you. https://t.co/Mt9J1tFLMk

poor people can save money