How Low Can You Joe? Polls Punish Prez 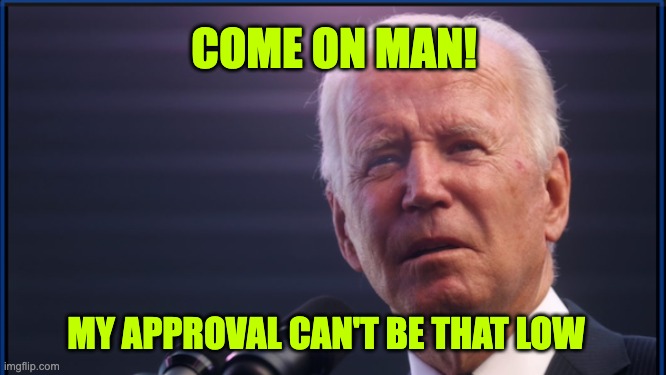 Rasmussen’s Daily Presidential, Tracking Poll for Monday, showed Biden with only 38 percent job performance approval and 61 percent disapproving, but it gets worse. Only a pitiful 17 percent said they “strongly approve” of his job, while 51 percent of likely voters “strongly disapprove” of how the Delaware Democrat is doing his job.

The Real Clear Politics average of polls tells the same story.  Biden’s approval is underwater by around 16 percentage points; One thing to realize is that America began to realize what they had in the White House after the disastrous Afghanistan withdrawal.

Then the Biden economy became apparent and his disapproval kept rising. 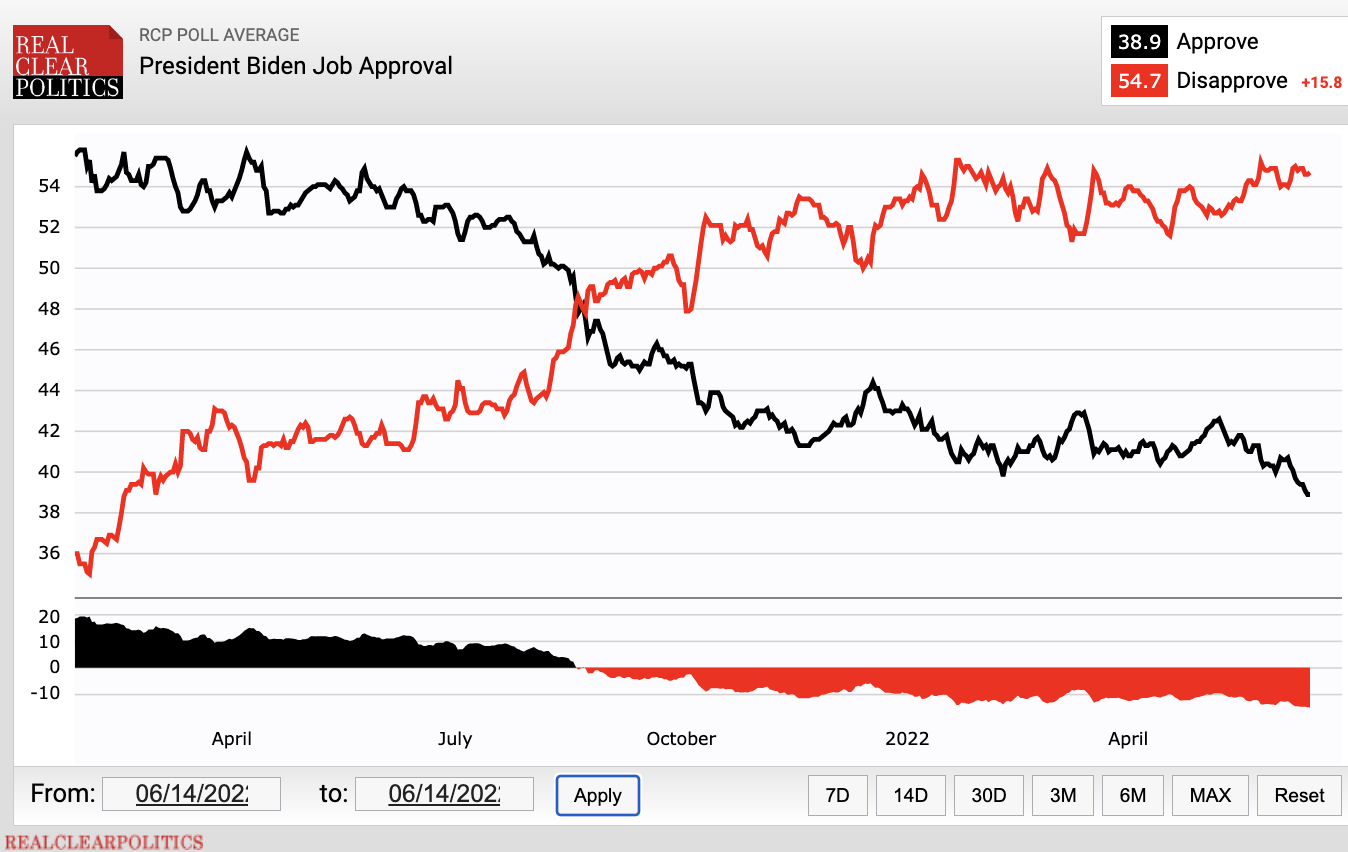 The result of Biden’s dramatic decline is that he has a “-33” presidential approval index rating in Rasmussen, During the past two presidential elections, Rasmussen was the most accurate of all the major polls.

And as you can see in the Real Clear Politics chart above, his approval is at its lowest ever;

Forbes on Monday reported Biden “had seen the largest decline in his approval rating among young voters—who helped drive his win in 2020 when they turned out in record numbers—since he took office, according to a new Morning Consult poll, which found Biden’s approval rating fell 20% among voters ages 18-34 from January 2021 to June 2022.”

And what else did the Morning Consult reveal? As noted in their Monday release, “According to the latest survey data, 41% of voters ages 18-34 approve of Biden’s job performance, down 20 percentage points since he took office, while 52% disapprove, a 28-point increase during that time frame — both accounting for a larger shift than any other age group.

“Growing antipathy toward Biden is especially pronounced among the youngest independents,” Morning Consult added, “among whom negative sentiment has increased from 24% to 64% throughout his presidency – now roughly matching the level of aversion by the average independent voter. But ahead of the midterms, perhaps most alarming to Democrats is Biden’s standing among the youngest in their coalition.”

Then there is the recent Quinnipiac Poll showing Biden with “a negative 33 – 55 percent job approval rating with 12 percent not offering an opinion.” According to Quinnipiac, Americans were asked about President Biden’s handling of:

Biden has been in office less than 17 months, yet in that time he has presided over a crashing economy, plummeting stock market, skyrocketing inflation, a doubling of gasoline prices and one foreign policy error after another, with the zenith being the debacle in Afghanistan. He has declared war on the Second Amendment, say gun rights activists, and he continues to raise concerns about his cognitive abilities.

And with the midterm elections looming, his stubborn adherence to the far left agenda appears destined to cost his party control of Congress as American voters see a change in power as the only way to rescue the economy.