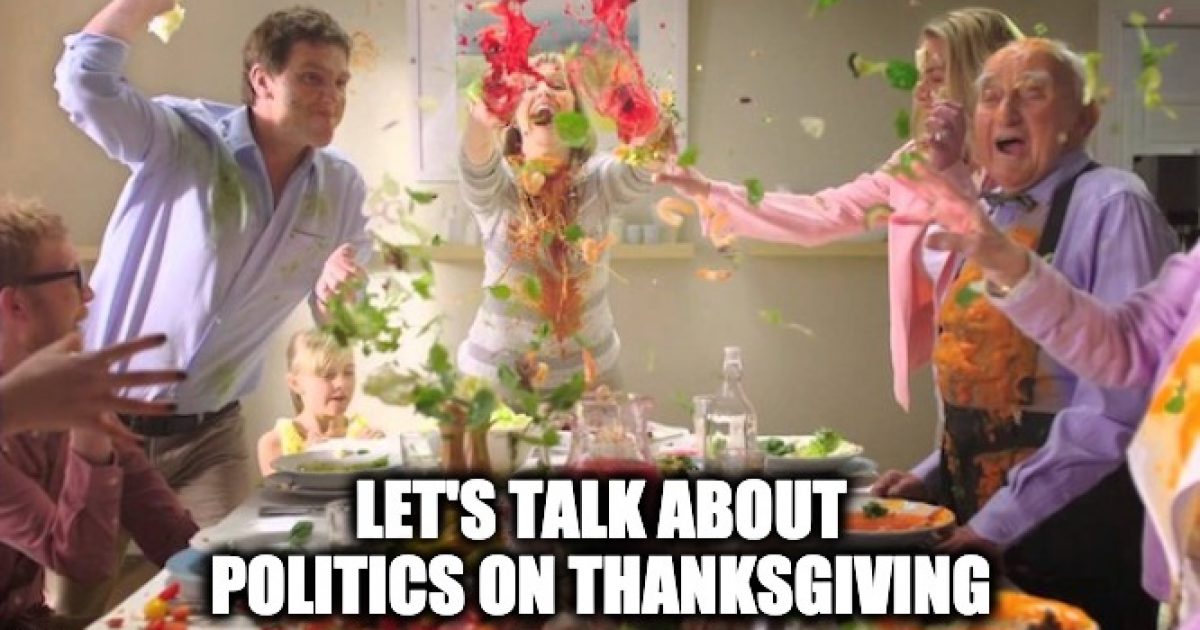 In an email blast sent to supporters this week, the Michael Bloomberg-backed Everytown for Gun Safety gun prohibition lobbying group is encouraging people to talk about gun control at the dinner table. Along with the fact that I happened to believe in the Second Amendment, I like to enjoy Thanksgiving without turning it into a  family fight.

In a message over the name of Sarah Burd-Sharps, Everytown director of research, there are talking points. The message begins,

“I wanted to send you a few gun sense discussion starters before the holidays since gun violence and gun safety are on a lot of our minds. If you are celebrating Thanksgiving with friends and family who are unaware of how pervasive gun violence is in America, these stats could help you start the conversation.”

According to Burd-Sharps, about 15 minutes is the average time “between gun deaths in the United States.”

She says guns are “the 2nd leading cause of death for children under 18.” Perhaps someone at the dinner table should ask if that includes teenage gang thugs killing one another with illegally-possessed firearms?

Part of the conversation ought to include a discussion about the Miami, Fla., resident who told police he was forced to shoot a would-be robber Monday who thrust the muzzle of an AK-47 into his face while he was parked in a van with his young son and girlfriend.

Has this woman ever gone to a family Thanksgiving dinner? Nothing promotes violence more than a political discussion. For example, last year:

Doris Wendy Mitchell, 52, was having Thanksgiving dinner at a home near West with family when she got upset, Kilcrease said. Mitchell and two other family members got into an argument, and the situation escalated, he said.

“During the argument, the suspect left the table and returned with a shotgun,” Kilcrease said. “She then began threatening family members with the shotgun.”

(…)After Mitchell was detained, officers went to the home, collected statements from family members and retrieved the shotgun, Kilcrease said. Mitchell was arrested and taken to McLennan County Jail on a second-degree felony charge of aggravated assault with a deadly weapon.

Thankfully no one was shot,

What the Everytown email blast demonstrates is the difference between average people wanting to enjoy a holiday with family and friends while talking families and maybe football, summer vacations, and cars or home improvements, and extremists who are so fanatical about their hatred of firearms that it consumes them.

Thanksgiving is a day spent with family, possibly watching a parade with giant character balloons, NFL football, all the while loading one’s stomach with too much delicious food. It is not about political arguments.