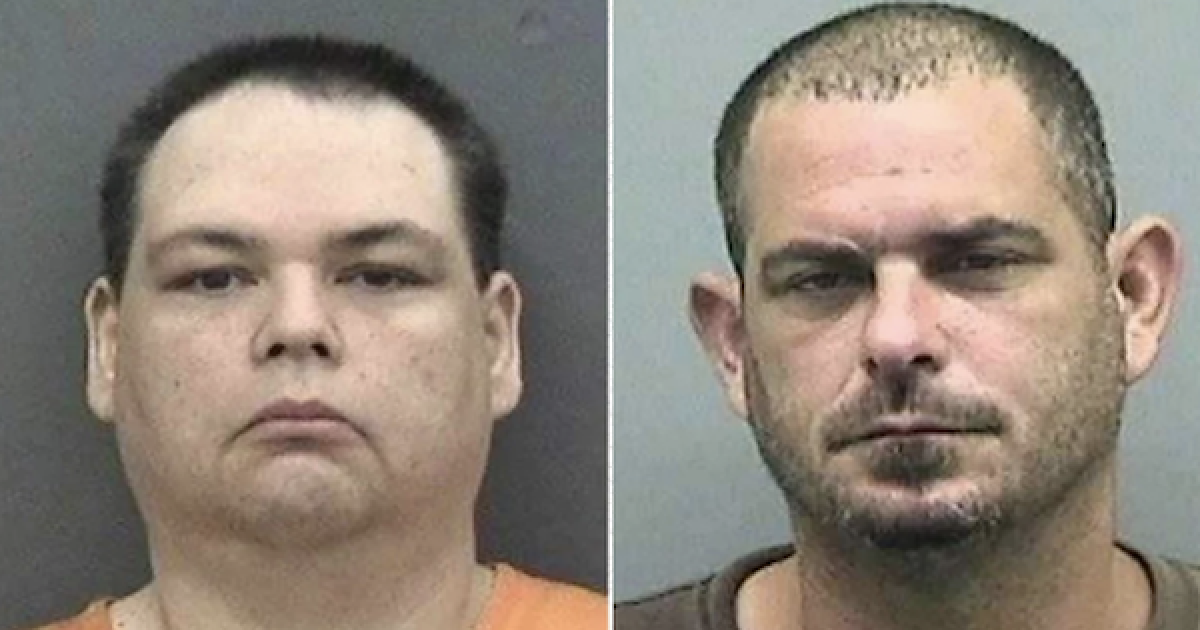 This political violence turned out to be a real pain in the butt (and thigh). Another Democrat turned into a shooter this month when a Tampa man shot and wounded another over a political argument they started on Facebook, police say.

Brian Sebring, a 44-year-old registered Democrat, was arrested and charged with aggravated battery with a deadly weapon and carrying a concealed firearm after police say he drove to the victim’s home and opened fire.

According to the Tampa Bay Times:

It happened Monday night in Tampa, leading to the arrest of Brian Sebring, 44, of 4412 Leila Ave. on charges of aggravated battery with a deadly weapon and carrying a concealed firearm.

Alex Stephens, 46, of 3002 Wallace Ave., was the victim, police said, though he may have had a role in ratcheting up the rhetoric. Sebring told officers Stephens threatened him.

“After receiving several explicit messages and threats, the defendant responded to the victim’s home to confront him reference the messages,” a police account said.

When Sebring arrived — wearing the Glock in a holster on his waistband — he honked his horn and waited by his truck for Stephens to appear.

Stephens came out of the home and charged toward Sebring, police said, and that’s when Sebring fired two shots with the Glock.

The paper noted that the shooter “is a registered Democrat who follows Barack Obama on Twitter.”

Per  KTRK-TV, a Houston Station

Brian Sebring says it all started after he commented on a post about President Donald Trump.

He claims the political fight with Alex Stephens quickly turned to personal threats. So on Monday, he drove to Stephens’ home, armed with two guns and when Stephens came out, he charged towards him.

Some of the would-be killer’s posts show his unhinged state of mind: 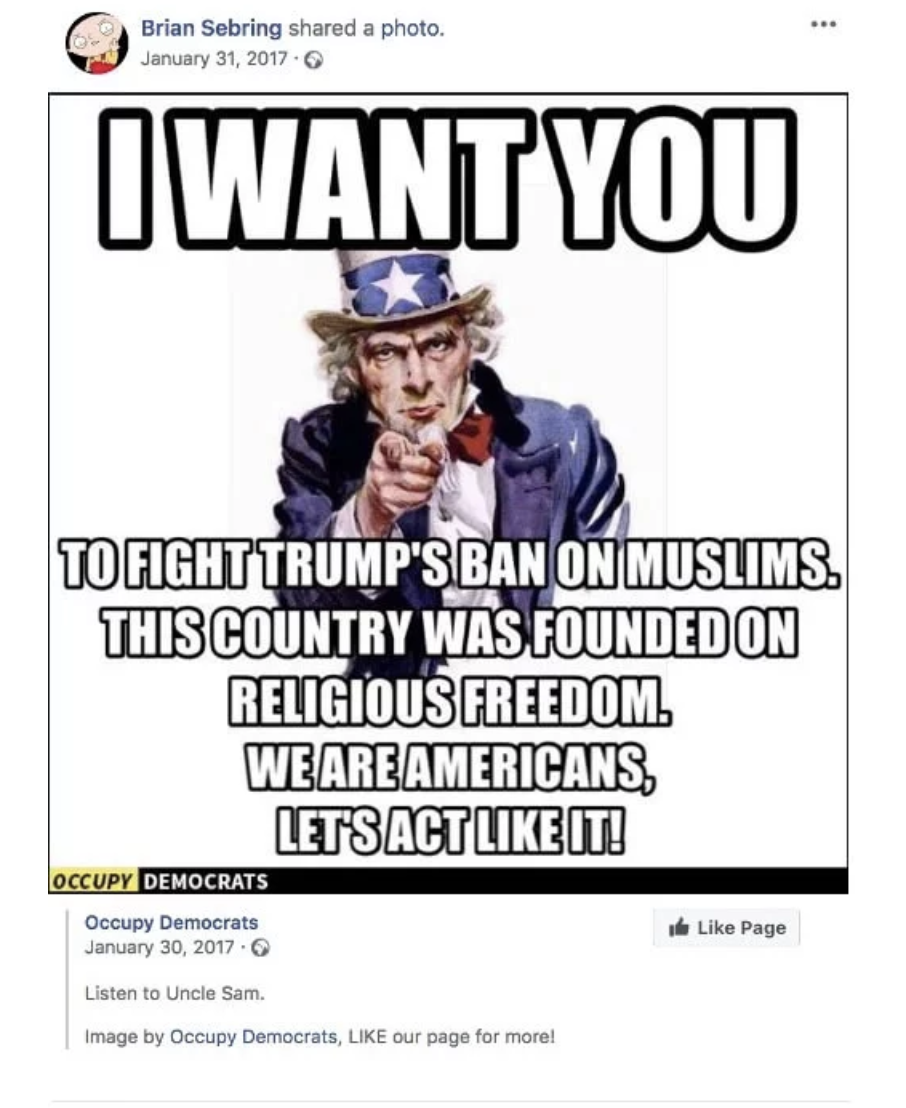 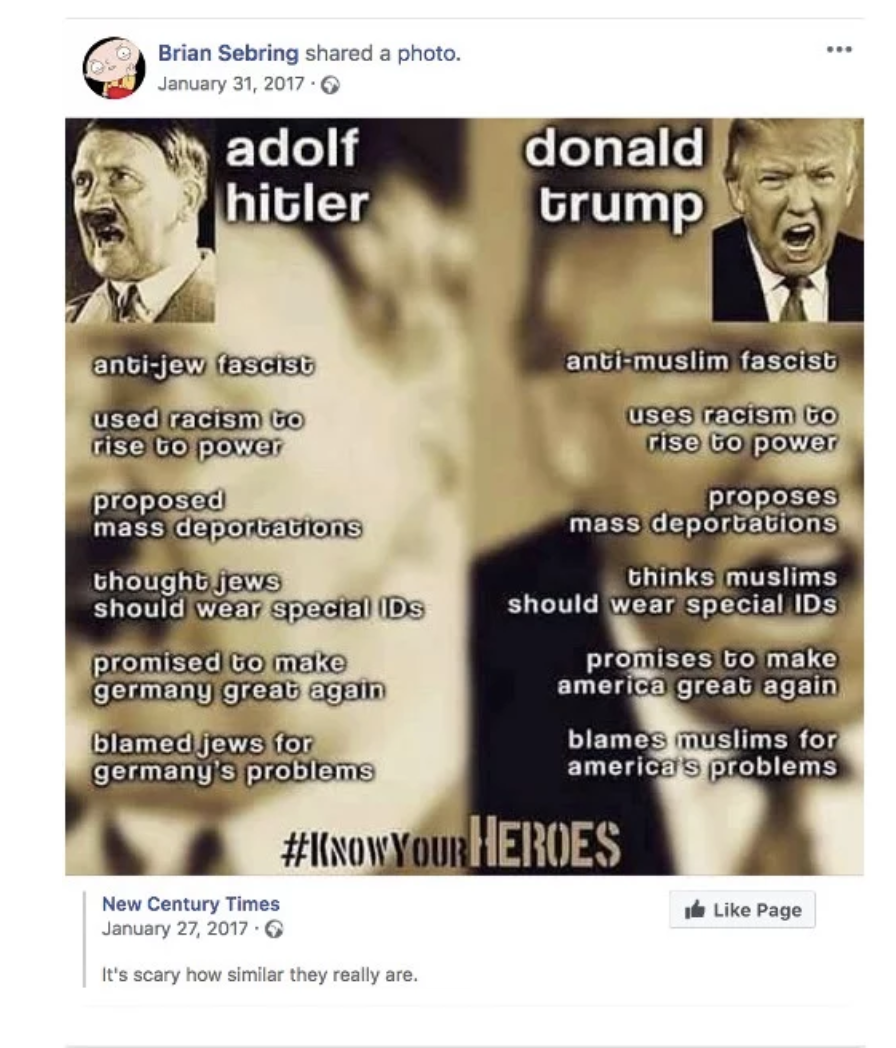 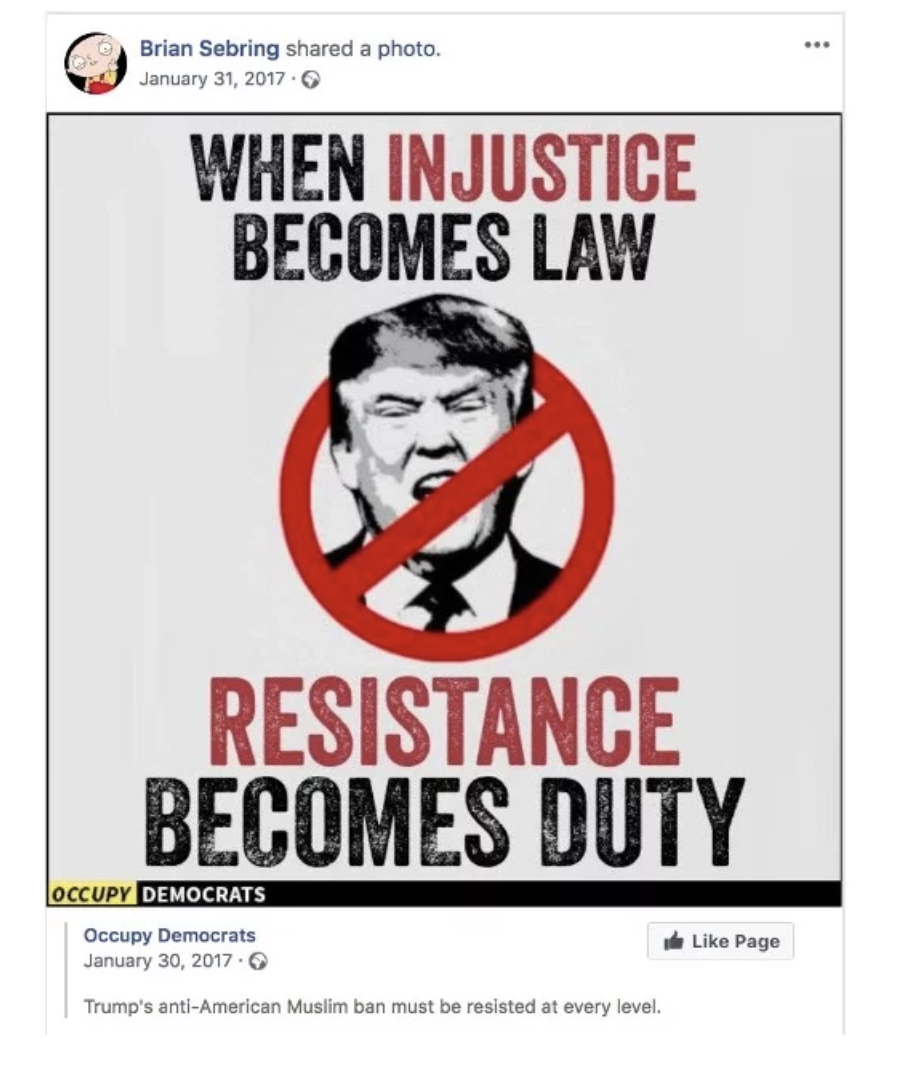 Sebring later surrendered to police and has been charged with aggravated battery with a deadly weapon and carrying a concealed firearm, the station reported. Fortunately, the cops have Sebring, and the victim did not have life-threatening injuries, just a real pain in the arse.

But it could easily have been different.

Indeed, the story should remind us of James T. Hodgkinson, the Bernie Sanders campaign operative who tried to kill a group of Republican lawmakers at a Virginia baseball diamond in June of 2017.

Folks, don’t believe the left when they tell you that it is “Nazis,” or “white nationalists,” or Republicans and conservatives that are the danger to this country. The FACT is, most  political violence that occurs in the U.S. (not just now but since the late 1800s) is perpetrated by left-wingers

It is the left that is a danger to all of us. It’s just that simple.