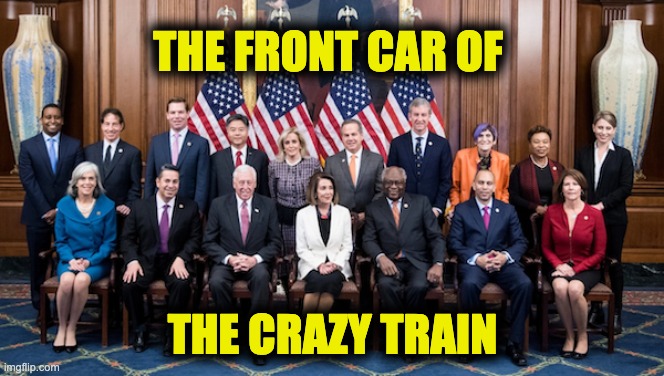 I am always deep in the weeds of the political news and usually learn new things about politics when diving into stories. For some reason, the news coming out of the Democratic Party side of the aisle is crazier than usual. Even worse is the fact that the Dems are creating crazy actions and raising crazy questions. I am sharing some of the craziest actions and questions coming out of the Democratic Party. political lessons learned

Caution this post is full of snark. political lessons learned

COVID Vaccine? If you want to avoid taking the COVID vaccine despite a mandate, all one needs to do is fly into Mexico and walk across the Rio Grande as if you were an illegal. The Biden administration is not forcing illegals to get vaxxed only American citizens.

Vaccines For Those Who Biden Left Behind In Afghanistan? Biden’s lousy exit strategy has stranded U.S. Citizens in Afghanistan.  Sec of State Blinken says it’s because we can’t find them. Some anti-vaxers claim the vaccine is a government plot to tracking chips in our bodies.  Americans that Biden stranded in Afghanistan must get the American version of the vaccine, get the chip so that Blinken can find them.

Get Rich Quick? Biden wants to give aid to the Taliban.  The lesson for Americans is that if you’re going to get rich easy, all that’s needed to do is attack the U.S. military, or take down a few buildings.

Should I Thank The Democrats? Thanks to the Democrats, this year’s Yom Kippur was the easiest in my lifetime. After consuming the news every day, I learned I didn’t have to ask the Big Guy in Heaven to forgive my sins.  Instead, I did what the Democrats do with their political screw-ups.  My mistakes weren’t political, but all I had to do is look up to heaven and say “אלוהים, אני יודע שעשיתי דברים רעים השנה— אבל הם באשמתו של טראמפ” or in English, “God I know I did bad things this year—but they’re Trump’s fault.” Gee, it even sounded presidential,

Learning Law?  I am not an attorney, but I had a question for any attorneys who read this. I just read about an attorney preparing legal briefs.  Why don’t they ever prepare legal boxers?

Did Sec. Mayorkas Give A Lesson About How To Pass High School Math?  Secretary of Homeland Security Mayorkas was asked in a Senate hearing (and the next day in a House hearing) to provide the number of people caught at the U.S. Mexican border and which cities in the U.S. they were sent to. Mayorkas got belligerent, saying he works 18-hours a day and that the numbers would be provided when they are were provided. If I had known that strategy forty-five years ago, before math was considered racist,  my High School mathematics grades would have been much higher.

Close Brothers? Andrew Cuomo and his brother Chris Cuomo are much closer than initially thought.  Shelley Ross, former executive producer of Primetime Live when Chris was at ABC News, accused the CNN anchor of sexually harassing her at a party in 2005. She even wrote about it in an op-ed in the New York Times. Sexual harassment was the reason Chris’ older brother Andrew was forced out of office.

Why Did She Cry? After the Thursday house vote approving the funding of the purely defensive Israeli Iron Dome system N.Y. Democrat Rep. Alexandria Ocasio-Cortez was seen crying on the House floor while hugging Rep. Pramila Jayapal (D-WA). The question is, why did she cry? Was it that she was disappointed because Iron Dome would prevent more Israeli deaths, both Jew and Arab? Was it that most of the money will be spent in the United States because the Iron Dome rockets are produced by Raytheon Technologies, an American company? Was it because, as a friend of mine suggested, the change in her gown’s message from “tax the rich” to “kill the Jews” wasn’t ready in time? Or was it because she wanted much more than just a hug from Rep. Jayapal?  Do you have an Idea? Please let me know?

Was He Just Trying To Repair His Image? During his speech to the United Nations General Assembly, U.S. President Joe Biden spewed many lies. Was he trying to repair his international image and “make nice” to the ambassadors from other countries by lying to them the same way he lies to the American people?

Is She Really That Old?  Maxine Waters saw the images and videos of Border Patrol agents on horseback confronting Haitian refugees at the border.  The pictures were labeled by the MSM wrong. They say the riders holding the reins and claimed they were whips.  The people there explained no one was whipped—the guy who took the pictures said there was no whipping.  But Mad Maxine falsely claimed the CBP agents were whipping the Illegal immigrants, and it was “worse than what we witnessed in slavery.” She witnessed? The emancipation proclamation was effective in January 1863. That was 158 years ago. I always knew that Maxine Waters was nasty, not very smart, and on the shady side, but if she witnessed something from slavery, she must be very, very old.

What About Indiana Jones? The liberal reporters and politicians get upset about a fictional whipping.  They should be banned from watching any of the Indiana Jones movies. Indy’s use of whips is fictional also. Should they watch one of those movies, those liberals would cry like AOC.

Is There A Cure For The View? Friday, on the set of The View, co-host Sunny Hostin and contributor Ana Navarro were called off the set to be informed that they were both diagnosed with COVID-19, even though they were each vaccinated. Interestingly the COVID testing the panel received on Friday is more than the aggregate testing illegal aliens have received since Joe Biden open the borders. Despite the fact I disagree with each of them politically, I pray they completely recover and recover quickly.  Sadly for the illness of their co-host Joy Behar, there is no cure. One doesn’t have to go to medical school to know that you can’t fix stupid.