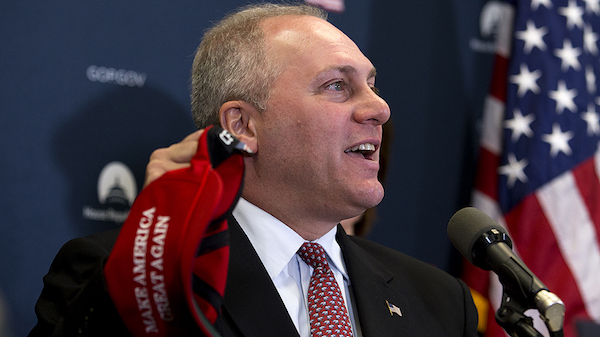 At least for the moment, it seems that the political leaders in Washington, D.C. are coming together in a realization that perhaps the climate in the Capitol has been too virulent of late. Republicans and Democrats have been issuing statements of solidarity, and of love and care for their colleagues.

President Trump delivered what some in the media have called his “most presidential” speech to date, earlier this morning.

Speaker of the House Paul Ryan (R-WI) and minority leader Nancy Pelosi (D-CA) both delivered short remarks, expressing solidarity, around noon on Wednesday. Speaker Ryan reminded the nation that we are one family, and that while the members of Congress may disagree about policies and the direction of the nation, an attack on one of them is an attack on all of them. Rep. Pelosi echoed Ryan’s statements and even went further saying that they were praying for President Trump’s success and for the safety of his family.

Senator Bernie Sanders (I-VT) was also quick to decry the violence and to offer condolensces for his colleagues and the other victims. The shooter was an avid supporter of the Senator, but we should not condemn Sanders for the man’s actions.

Our prayers go out for a full recovery of Rep. Scalise, the congressional aides and police who were injured. We’ve got to stop the violence.

We can’t know for sure what the fall out will be from today’s events but we can hope that people across the nation take a moment to rethink the virulent nature of the political rhetoric we’ve seen over the last few months, particularly in response to Donald Trump’s presidency. We can hold strong political views, we can disagree strongly with each other, we can argue loudly over policy and philosophy, but we must be willing to do these things peacefully, and respectfully.