A Police State? Since When is it OK to Spy on Political Opponents? 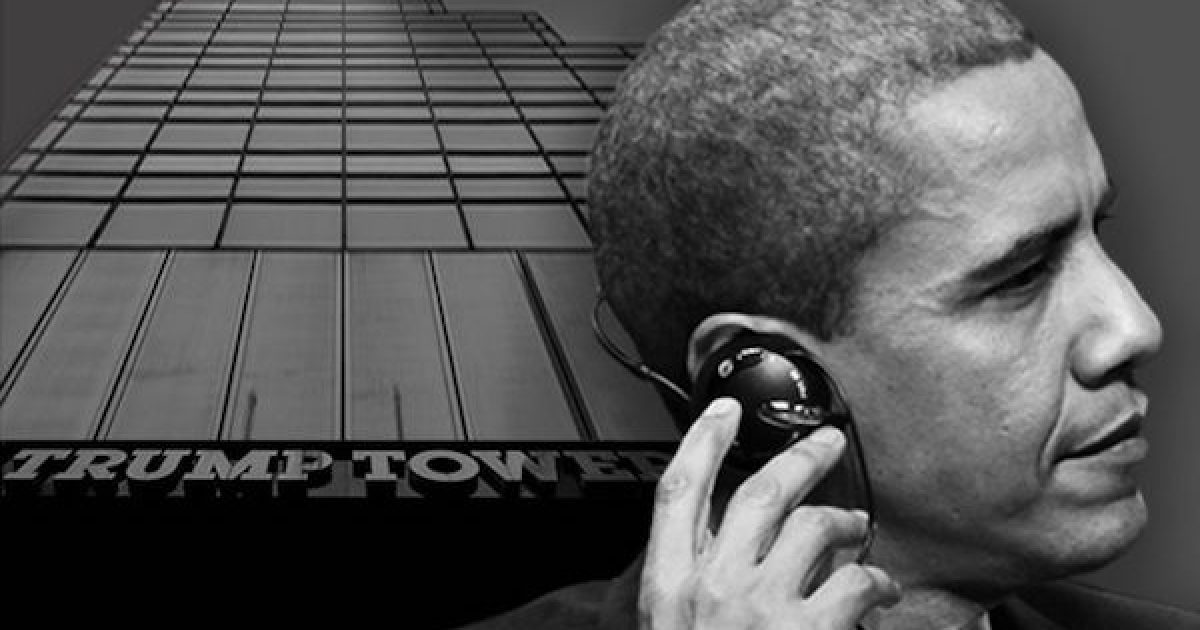 Some terrifying questions being brought up by the ongoing investigations into the 2016 campaign. Perhaps the most worrisome one has to do with whether or not leaders in the intelligence community were using their offices to “stack the deck” against the GOP candidates (specifically Donald Trump) and to make a Hillary Clinton victory more likely. That’s what a police state does.

All of the possibilities that seemed so far-fetched the first time President Trump mentioned that his campaign had been “wiretapped,” now seem terrifyingly possible.

.@MariaBartiromo: “It sounds like either President Obama or @HillaryClinton were sort of masterminding all of this.” pic.twitter.com/w8VmwSPkDk

We now know that the FBI, the CIA, and the DOJ had been paying undue attention to the activities of many members of the Trump campaign.

We know that they began their investigations with little or no reason to and that they continued them based on unproven and salacious stories from suspect sources (like the Steele Dossier).

We know that they withheld relevant, and essential facts to obtain several FISA warrants (which they would not have received had they been honest with the judge).

We know that most of the key leaders in the intelligence community have since been caught in lies about this investigation (that is DNI James Clapper, CIA chief John Brennan, and FBI Director James Comey as well as his underlings Andrew McCabe, Peter Strzok, and Lisa Page).

Finally, we know that the FBI had an informant (or spy) within the Trump campaign feeding them real-time information.

But the most important thing we know – even after more than 2 years of investigating and using extremely questionable, and perhaps illegal methods, the intelligence community still hasn’t found a single shred of evidence to support their claims of wrongdoing.

American Conservative Union chairman Matt Schlapp rightly argued over the weekend that the American people deserve to know what the intelligence community was doing getting involved with the 2016 election.

There’s a whole new level of espionage which happens online. I think the American people do need to have complete transparency in what the threats are against us, but also what we do.

The American people need to know what its own intelligence agencies did in this campaign, people can say it’s spying, it’s not spying. It’s disgusting. I don’t care whose campaign this was, help me out here.

Conservative talk radio host Mark Levin was even more animated about the discovery of an FBI mole in the Trump campaign. During an appearance on Fox News’ Sean Hannity show, Levin wondered aloud when the United States of America had devolved into a Police State like the USSR or Venezuela.

Here’s what Levin had to say:

Of course not. And I wanted to take this to the next level. Because the president of the United States will not be invited and if he is, he’ll take it to the Supreme Court, and he’ll win.

All that said now, we cannot allow this to happen again. We saw our federal government used by the prior administration by the head of the CIA, by the head of the FBI, by the head of national intelligence and many, many others used to try and destroy the candidacy of an opposition candidate in another party Donald Trump in the Republican Party.

That is, the president’s administration the current administration interfering in the elections we’ve never seen anything like this before in American history.

So here’s what we need to do. We now know that the Obama administration spy. Spy. Look, it’s the Obama administration, he’s the president. The buck stops at his desk. He may be playing around with his library in Chicago and gone off and writing a phony book and everything. He is to be held responsible, and his surrogates are to be held responsible.

What the hell is this? The Soviet Union, Venezuela? It’s the United States of America. So let me say this. Once, Mr. Mueller, Mr. Mueller turns over his report to Mr. Rosenstein the president of the United States should do two things. He should take his favorite United States attorney not favorite because they’re pals but the most professional the most competent most aggressive he can and give him an assignment.

But something—something is terribly wrong. More, I also would tell him, and I’ve said this before myself. We need to fix this. We cannot have another election where the federal government our United States government is interfering with an election.

And so what I think the president needs to do is appoint a commission of five or seven people I told you this on your show a long time ago, top-notch men from prior administration and women and appoint them and say, fix the FBI at the top, fix the CIA, fix the intelligence agencies, we cannot allow this to happen to another president of the United States.

To hell with — sorry, Jeff. With Jeff Sessions and all these other people, the president should take the responsibility themselves…

Sean Hannity: Mark, you talk about the spies, you talk it wasn’t just one FISA court judge that was given phony information that was never verified, never corroborated, never were they told that Hillary bought and paid for this information with a foreign agent.

Where are the — where’s Congress won’t Congress bring these FISA judges before them and demand to know how they feel about being lied to.

Not because we want to get even. Because we need an accounting. People need to be held to account, number one.