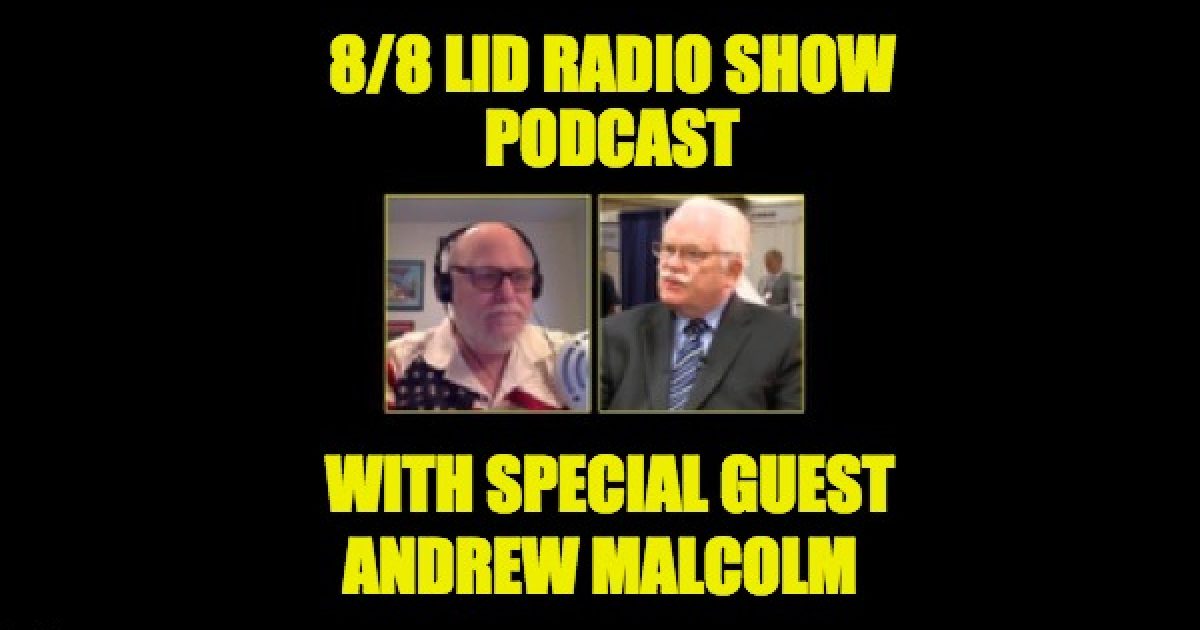 Our guest this week was Andrew Malcolm veteran national, political, and foreign correspondent, editor, editorial writer and blogger. Andrews’s spent nearly four decades reporting for U.S. newspapers, and another eight years in government and politics. Today he’s a  national politics columnist for McClatchy Newspapers, a contributor to HotAir, one of the most influential voices on Twitter, and someone I am proud to call a friend.

He has been in the Journalism business for 50 years. Along with being a reporter and editor, Andrew has been a press secretary for the governor of Montana and for Laura Bush when she was the first lady of Texas and when Dubya was running for POTUS the first time.

Andrew was designated by Ed Morrissey as “the prince of Twitter,” because of his large following and must-read posts.  And by the way, if you do not follow Andrew on Twitter, you are doing yourself a major disservice. His handle is @ahmalcolm, and take my advice, follow him right now.

It was incredibly interesting to talk to Andrew about all the latest controversies involving the Press, Sarah Sanders, and the First Amendment issues involving social media. We also spoke about Andrews latest McClatchy pieces, Here’s how Trump could pull off another election surprise and Summer time-out: Is everything really as bad as it seems?  Along with Hot Air pieces including, Why Doesn’t President Trump Get More Credit? and the very interesting What it’s actually like inside a major wildfire

Every Lid Radio Show is interesting, but today’s interview with Andrew Malcolm was particularly so. Click the play arrow below I promise you will enjoy

Listen to “8/8/18 With Our Very Special Guest Andrew Malcolm” on Spreaker.