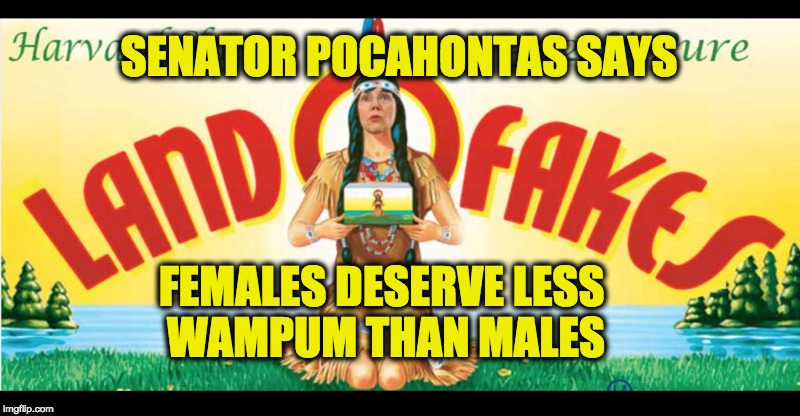 Being such a big advocate for women’s rights one would think that Senator Elizabeth “Pocahontas” Warren (D-MA) would treat the woman in her office the same as the men. But according to a report by the Washington Beacon, Pocahontas Warren pays her female employees 20% less wampum than she pays the men.

Whether it’s Chuck Schumer on partisanship, or Susan Rice on lying, or Obama on presidents acting like despots, most Democrats prove themselves to be monster hypocrites once they’ve been giving the least bit of power. Liberal Senator Elizabeth Warren (D-MA) is no different from the others and a recent analysis of her payroll by the Washington Free Beacon has the proof.

First, let’s remind you about the many, many times Elizabeth Warren has commented and complained about the supposed “wage gap” between genders. While Warren refuses to acknowledge the fact that there are a whole host of reasons for the disparity in male to female wages (like the fact that men on average work longer hours, men never get pregnant, and this gap doesn’t take into account the different types of work that men and women do) she continues to argue that the gender wage gap proves that our nation is mired in misogyny and inequality. (Oddly, i’ve never heard Warren complain about the inequality of work in the oil fields, in the mines, or on the garbage trucks – where almost all employees are men. She only seems to care about this “inequality” in corporate board rooms.)

Here’s what Warren said in her “Equal Pay Day” speech:

“Today is Equal Pay Day, and by the sound of it, you would think it’s some sort of historic holiday commemorating the anniversary of a landmark day that our country guaranteed equal pay for women, but that’s not what this is about. Not even close. In the year 2016, at a time with self-driving cars and computers that sit on your wrist, women still make only 79 cents for every dollar a man makes, and we’re still standing here in the United States Congress debating whether a woman should get fired for asking what the guy down the hall makes for doing exactly the same job.” 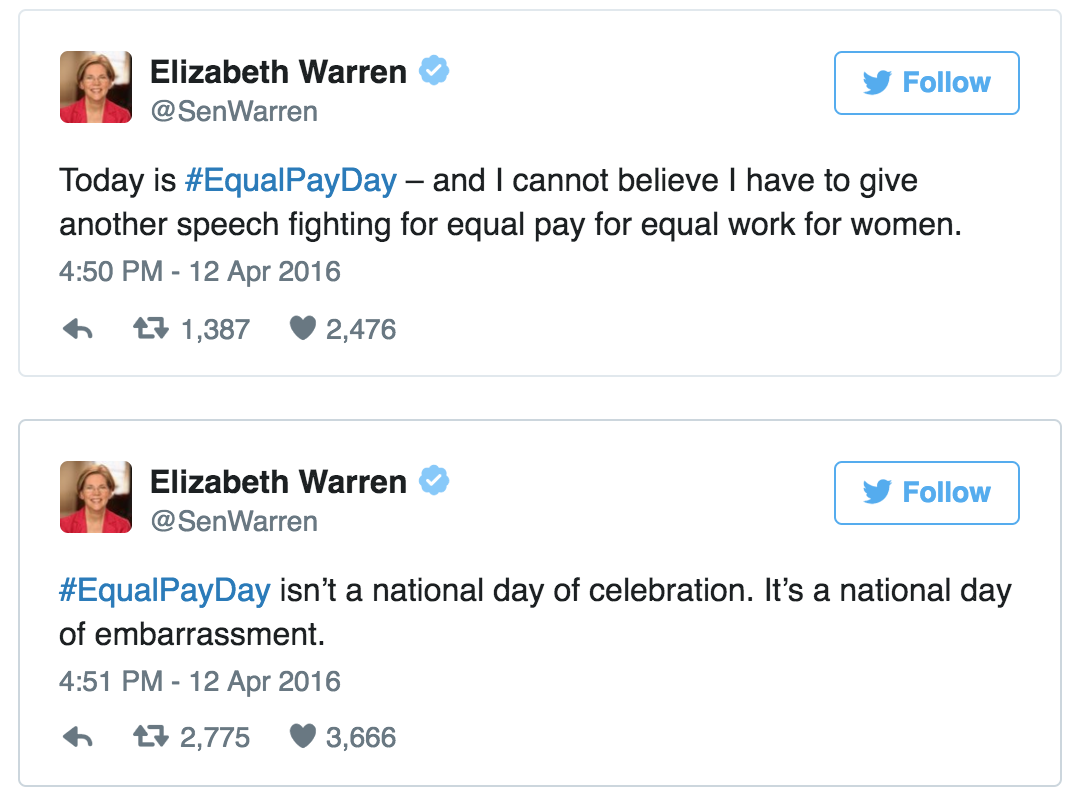 If only Senator Warren actually practiced what she preached. A new analysis from the Washington Free Beacon proves that Warren is as big a liar and hypocrite as the politicians and companies she rails against.

However, women working for Warren were paid just 71 cents for every dollar paid to men during the 2016 fiscal year, according to a Washington Free Beacon analysis.

When calculated using average salaries rather than median, the pay gap expands to just over $26,051, or about 31 percent…

Among employees employed the entire year, only one woman, Warren’s director of scheduling, earned a six-figure salary, at $100,624.88.