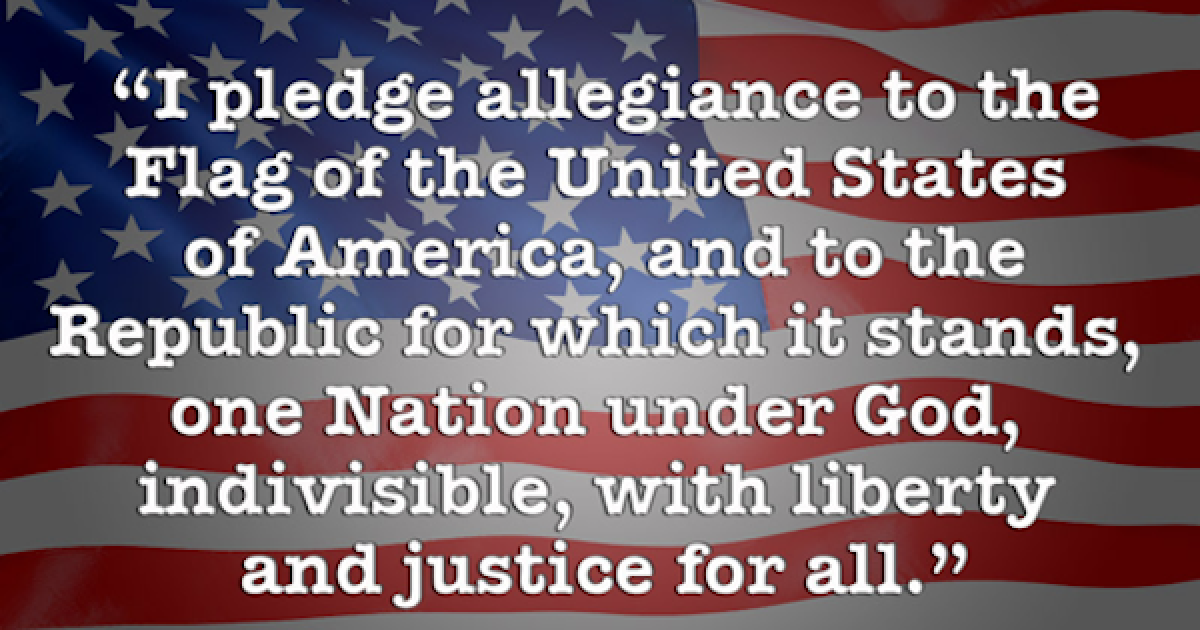 Facebook Twitter Flipboard
According to The Washington Times. A group of America-hating progressives has gathered to re-write the Pledge of Allegiance to eliminate the “nativism and white supremacy” behind the pledge.

Leading the effort to rewrite the Pledge of Allegiance is Cesar Vargas an illegal alien who snuck into America with his mom and siblings three decades ago.

Three years ago he achieved fame by becoming the first illegal immigrant to become a licensed attorney in NYS.

Cesar Vargas wrote an op-ed in the Hill and suggested the change because:

The pledge’s history is deeply rooted in nativism and white supremacy. Composed in 1892 by the minister Francis Bellamy, the pledge sought to define “true Americanism” that didn’t include people of color and immigrants particularly those coming from southern and eastern Europe

At worst, the pledge’s disturbing history excludes countless communities, including my own family. At best, reciting the pledge has become a perfunctory exercise of rote memorization.

“The upgraded version should read: ‘I pledge allegiance and love to our indigenous and immigrant heritage, rooted in the United States of America, to our civil rights for which we strive, one voice, one nation, for equality and justice for all,’”

Sorry Cesar but our immigrant heritage comes from legal immigrants, people like you are not in that category. You are what’s known as a criminal trespasser that the government decided not to prosecute

Ignoring the truth about the Covington Catholic High School incident this past weekend Vargas wrote:

“White teenagers harassing a native American elder or chanting ‘build the wall’ at Mexican immigrants are not isolated incidents. Incorporating ‘our indigenous and immigrant heritage’ is our pledge that we will proactively counter the danger that racism breeds,”

Excuse me Mr. Vargas, but as an attorney, you should know that people are innocent till proven guilty And in this case within twenty-four hours after the incident was reported, new videos came out and proved those reports were false and you just participated in the slander.

Now get this, Vargas writes

And finally, we should also upgrade the way we express our pledge. We should face the flag and face each other. Not only are we represented by the red, white, and blue but also by the colors of the world.

Sorry, Vargas, there is a reason when your mother took you and your siblings and snuck into this country. Because it is the United States of America, the best, most free nation on God’s green Earth. It’s why my grandparents came here legally a century ago. Here in the United States the Red, White, and Blue represent how we fought for freedom for all. If you don’t think this country is the most exceptional and free country in the world, why not grab your family and trespass into a different country–trust me you won’t be missed.