Please Join Me In Praying For John McCain 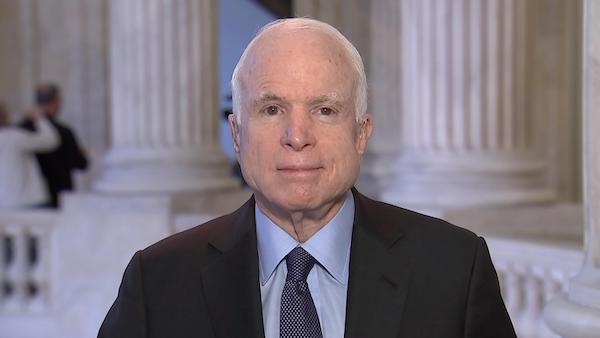 Senator John McCain has been diagnosed with a particularly aggressive form of brain cancer.  Per the Mayo Clinic:

On Friday, July 14, Sen. John McCain underwent a procedure to remove a blood clot from above his left eye at Mayo Clinic Hospital in Phoenix. Subsequent tissue pathology revealed that a primary brain tumor known as a glioblastoma was associated with the blood clot.

“Scanning done since the procedure (a minimally invasive craniotomy with an eyebrow incision) shows that the tissue of concern was completely resected by imaging criteria.

“The Senator and his family are reviewing further treatment options with his Mayo Clinic care team. Treatment options may include a combination of chemotherapy and radiation.

“The Senator’s doctors say he is recovering from his surgery ‘amazingly well’ and his underlying health is excellent.”

His daughter Meghan tweeted out this statement: 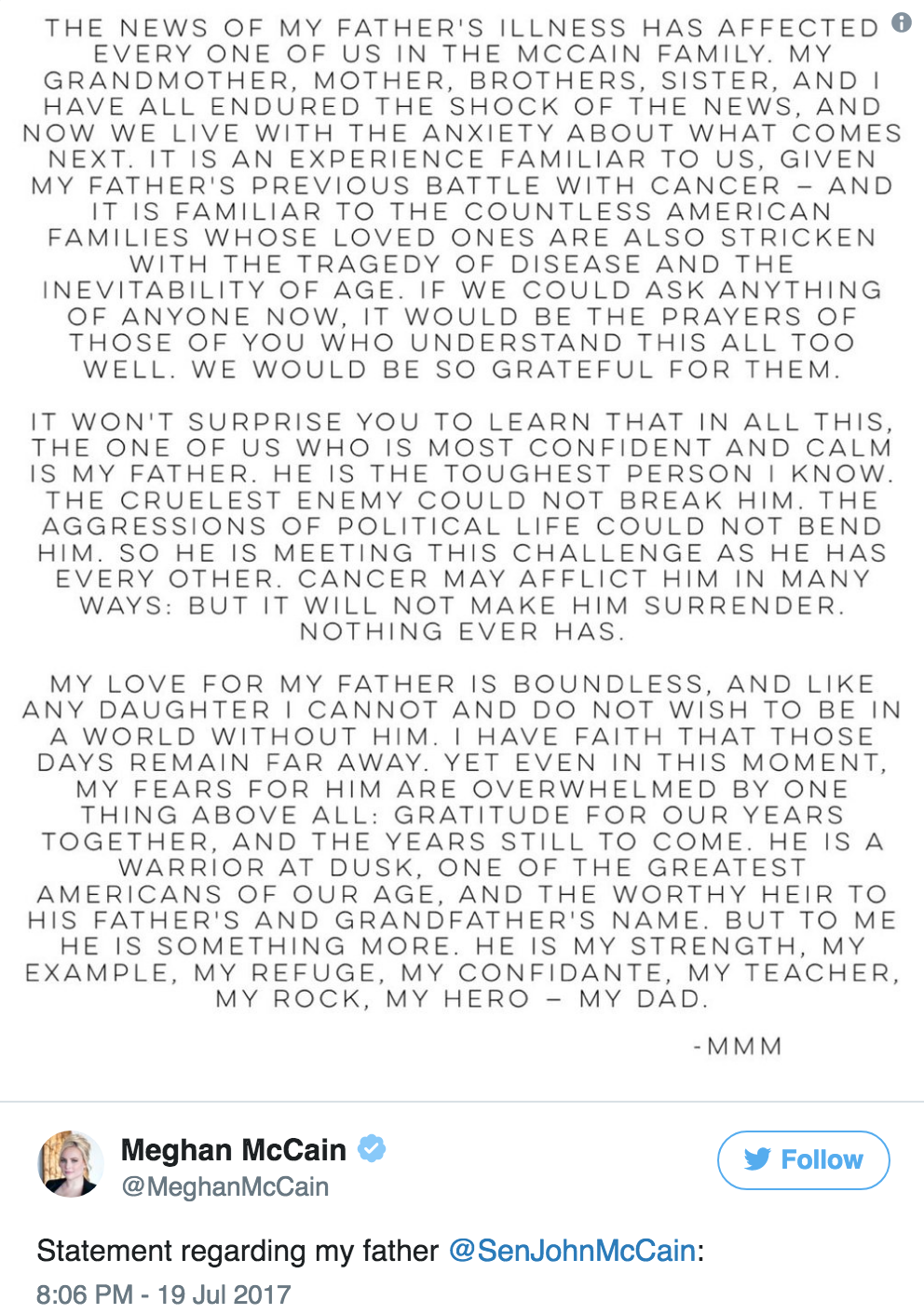 Folks, there is a time for political battles and there are times for prayer.  This is the time for prayer. John McCain is an American hero who spent five and a half years in a North Vietnamese POW camp being tortured. He spent twenty-three years in the Navy, four years in the House, and is now in the middle of his sixth term in the Senate. In other words, so far he has served fifty-seven years serving this country, and should be honored for his continued services.

Let’s pray for God to grant his Doctors the skill and wisdom necessary to treat John McCain, strength to his wife and children so they can help him recover. And may the Lord who created the universe, grant John McCain a full recovery.