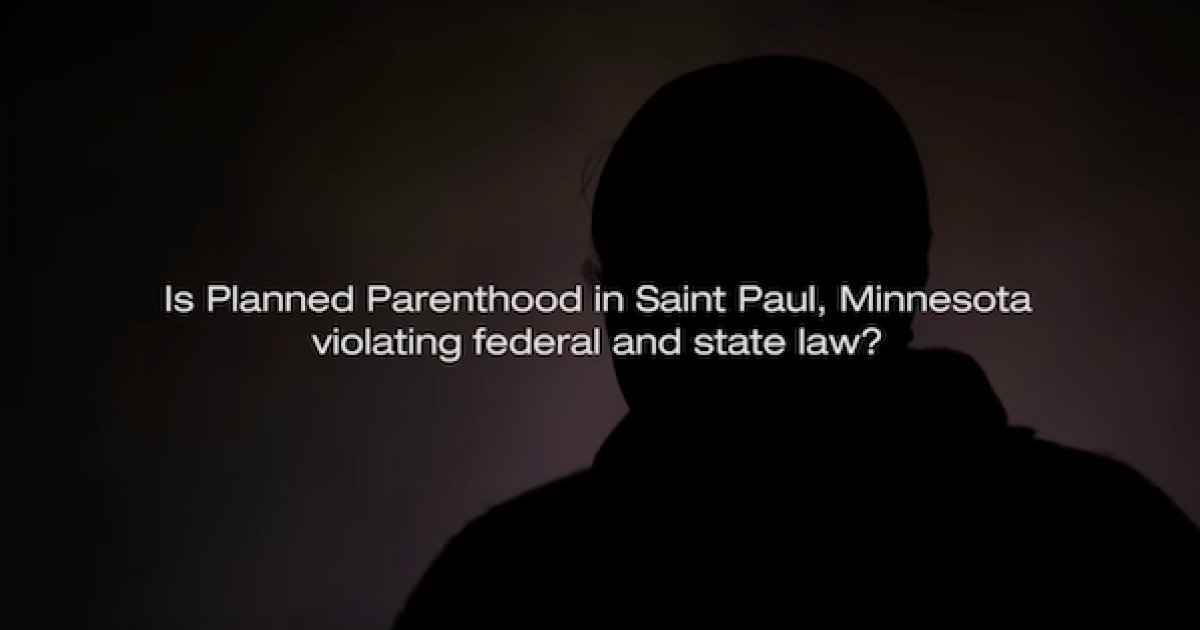 A Former St. Paul Planned Parenthood client testifies that the abortionists there told her they would “break the baby’s neck” if it was born alive. This would be a violation of federal and Minnesota law. Beyond the legality—it’s horrible–infanticide–murder!

Horrifying! My heart is very heavy after watching this. You can view the woman tell the story in this video:

In the wake of New York’s late-term abortion laws and the Democratic Party’s refusal to protect babies born alive in a botched abortion, pro-life advocacy groups have been working around the clock to inform the public that babies are indeed at risk of being murdered in full-view on an abortionist’s operating table.

A recent video from Pro-Life Action Ministries features a woman admitting to having an abortion doctor promising to “break the baby’s neck” if she were to have a botched abortion. According to LifeNews, the woman was 22 weeks pregnant at the time she visited a Planned Parenthood in 2017, saying she chose to keep her baby after it survived an injection of digoxin designed to stop the heart.

“If you guys were to take him out right now while he’s still, his heart rate is still, you know, going, what would you guys do?” the unnamed woman recalls asking the abortion doctor in the video. “She told me that we don’t tell women this, and a lot of women don’t even ask this question, but if we was to proceed with the abortion and the baby was to come out still alive and active, most likely we would break the baby’s neck.”

The woman visited the Planned Parenthood clinic in St. Paul, Minnesota. If the doctors do indeed kill babies after birth, the clinic would be in violation of the state’s “Born Alive Infants Protection Act.”

When the baby survived the lethal injection, the woman changed her mind after reading information from Pro-Life Action Ministries sidewalk counselors. On her second visit, she requested an ultrasound to see if her baby was still alive.

A prior video showed an abortionist explaining that in the event of live birth, they would drown the baby in a “solution.”

Our investigators exposed this New York abortion facility, which says they will put a born-alive baby in a jar of "solution" to drown her. They also say to "flush" the baby down the toilet, or "put it in a bag" if she's born alive. pic.twitter.com/GYxdpyEbDK

How in the world could anyone support this killing of live babies, and what do we have to do to at least stop the public funding of the murders?
Cross-posted with Godfather Politics
Facebook Twitter Flipboard