Reporter Who Tap-Danced Around Trump’s Question If She’s Working For Communist China: SHE DOES! 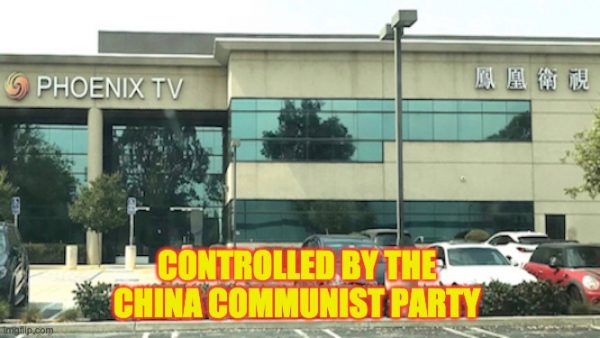 At Trump’s press conference on Monday, Trump asked a reporter if she worked for the Chinese Communist Party (CCP). Her answer wasn’t the entire truth. She works for Phoenix TV, which has been identified by U.S. intelligence agencies as a major overseas outlet used to spread propaganda and promote the policies of communist China. The Hong Kong television station also has close ties to China’s intelligence service and military. Phoenix TV is majority-owned by elements controlled by the CCP.

At Monday’s COVID-19 press conference, a Chinese reporter asked the President if he was willing to work “directly” with China; Trump responded that China should honor its trade deals with the United States. “Are you cooperating with China?” she followed up.

The President turned the tables and tried to smoke her out. Who are you working for, China?” Trump responded. “Who are you with?”

President Trump: "Who are you working for China? Do you work for China? Or are you with a newspaper?" pic.twitter.com/dTFTzfBYlm

Her answers were, at best, vague. And there’s a reason they would be. She works for Phoenix TV, which is based in Hong Kong—but controlled by mainland China.

She said Phoenix TV  privately own, and it is—sort of. According to its annual report, about 65% of the network is owned by “private” entities controlled by Bejing:

Phoenix TV has been waging information warfare in the US for yrs. They are nominally private but actually state owned. In 2018 I led effort to block them from using cutouts to spread propaganda. MSM should NEVER have given them seat at WH press conference. https://t.co/JswOrAwb8X

“I know from personal experience that Phoenix TV’s content is subject to the dictates of the leadership of the Central Communist Propaganda Department, Central Communist Overseas Propaganda Office, and the Ministry of Foreign Affairs which often directly sent instructions to Phoenix Satellite TV,” Pong said in a statement included in an FCC filing.

The Party and government instructions “included directives to remove specific items of news that violated the ‘Party’s news guidelines’ or positively reported [on] the United States or events in the United States,” he said.

Phoenix TV, the second most widely available Chinese-language television station on cable in the United States. Owned by a former military officer with close ties to Beijing officials, Phoenix TV’s coverage is typically favorable to the CCP. Moreover, over the past two years, it has been used as an outlet for airing televised confessions by various detained CCP critics, most notably all five Hong Kong booksellers abducted by Chinese security forces in late 2015 Such coverage is perhaps not coincidental, considering that CCTV reportedly holds a 10 percent stake in Phoenix.

The Hoover institute described the network as the “Quasi-official Phoenix TV, a global TV network with links to the PRC’s Ministry of State Security and headquartered in Hong Kong with branches around the world, including the United States, also has a substantial presence on all the major social media platforms in the United States.”

The remaining question is, why is the White House Correspondents Association, giving some of its precious real estate in the White House briefing room to a propaganda mouthpiece for the CCP?