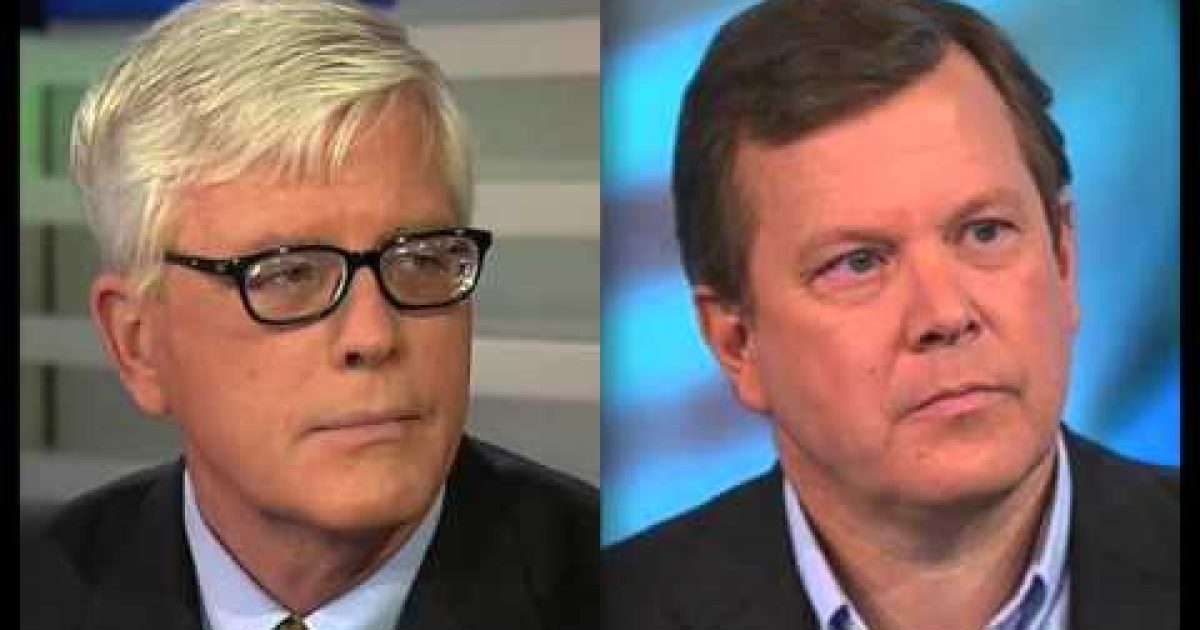 From the sound of it Peter Schweizer is digging up good stuff on Jeb
Bush but is still not sure if there is the same kind of quid pro quo as
he’s found on Hillary Clinton.  The “Clinton Cash” author was a guest on
Tuesday evening’s Hugh Hewitt program.

The two discussed his investigation of Jeb Bush which started four
months ago. According to Schweizer, “we’re following the money. We’re
looking at land deals. We’re looking at
an airport deal. We are looking at some of the educational reforms that
were instituted, and some of the big corporate winners there and the
flow of funds to foundation.” He will be back with the Jeb project in
September.

But read the rest (or watch the video) on one hand
Schweizer says we shouldn’t prejudge that they will find evil-doing, But he
also says if they didn’t find anything they would have dropped it by now
and he hints at what’s ahead.

Hewitt: The Clinton Cash book makes clear that the Clintons never tell you anything, and so that’s why it’s a must-read for everyone interested in 2016. But Peter Schweizer, in the promotion of the book, it came to my attention you’re at work on a project about Jeb Bush. Tell us about that.

Schweizer: Yeah, so you know, I’ve become very interested, as you said, we were on a panel together in Colorado, and what I was just talking about, cronyism and self-enrichment by politicians. So I always look at politicians that come into politics relatively middle class, or even wealthy, but their net worth increases dramatically while they’re in public service. And my question is, is there a connection between the two? With the Clintons, we followed the money. And I think it’s pretty clear their enrichment is the result of the public service that Hillary Clinton engaged in. We applied the same standard to Jeb Bush. We’re about four months into the research project, obviously not as global in scope as the Clintons, but you know, as governor of the state of Florida, you have a lot of things that you can do. So we’re following the money. We’re looking at land deals. We’re looking at an airport deal. We are looking at some of the educational reforms that were instituted, and some of the big corporate winners there and the flow of funds to foundation. And we expect, Hugh, to have something on that in early September. And I’d love to come back and talk about it.

Hewitt: Now expand a little bit, because I’m shocked by that. I’ve always though every one of the Bushes was as clean as a Yankee snow, and I think Jeb is. And so I’m surprised. Are you saying this happened after he left the governorship, or while he was governor?

Schweizer: Well, we’re looking at both areas. And look, we are in the middle of the investigation. I would tell you that if there was nothing there, we would have stopped the investigation. I think we’re finding some interesting, compelling things. But I don’t want to create the impression that we have decided that we know what we’ve found. This is very much an active inquiry. We, as I said, we’ve been at it for about four months. We’ve been looking at his tenure as governor, who some of the big winners were, and that we’re looking at in the years that follow when he leaves the governorship, some of the commercial and business alliance that he strikes after that fact.

Hewitt: He went to work for Barclay’s, right?

Schweizer: He went to work for Barclay’s. He worked for Lehman before that. He’s involved with some hedge funds. He’s got some commercial activities with China that he’s involved in. And of course, he has a foundation that is involved in educational reform. And there certainly is money that has flowed there from certain entities. So you know, it’s a question of looking at, looking at the timing of the flow of money, looking at decisions that might have been made, and then seeing if there’s a personal enrichment component to that.

Hewitt: Now I’ve got to ask you, though, Peter, you know this as well as anyone, because we’re talking about unspoken rules of journalism. Once you have a bestseller that I think dispositively addresses Hillary Clinton’s corruption issues, you then turn your attention to Jeb Bush, you tell people about it, you say September. Aren’t you working the system to bring attention to that? And are people convicting Jeb in their minds before…I’ve got no dog in this fight. I’m asking the hard questions of everyone.

Schweizer: No. Hey, Hugh, I think that’s a very fair point. And no, I would not jump to that conclusion at all. And let me go at pains to say that. This was something that grew out of a question from Bloomberg as the book came out and said are you looking at anyone else, and I said well, yeah, we’re looking at Jeb Bush. But no, nobody should prejudge and say oh, this means that all of this bad chicanery was going on. Don’t jump to that assumption at all. Let’s wait and see in September when it comes out. We are in the middle of the investigation. You know, what level is rises to, we’ll have to see. But I will say that you know, it’s not as if we looked into this and there was absolutely nothing.