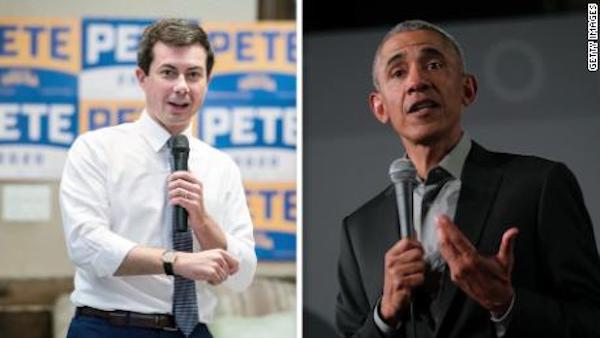 The currency of the realm on the Left is some ephemeral thing called ‘authenticity.’ So what if it turns out that Peter Pander has been a faker wearing a cynical mask all this time? Pete Buttigieg Obama voice

He desperately wanted the job as President, right? Did he want it enough to pretend he is someone he’s not?

If Obama’s ‘hope and change’ approach was enough to catapult POTUS44 into high office, all he has to do is recreate that winning formula, and he’s off to the races… right?

Did he take on a voice coach to LARP this campaign as PseudObama?

One anonymous Twitter account (that is clearly on the left) claims that Mayor Pete’s new voice is very different from what it used to be. (If your browser has trouble opening the following link, the original source can be found here.)

Some Twitter reactions, Starting with the guy Mayor Pete will never come close to beating.

OMG! Its all an act folks… hes literally acting to try to duplicate Obama for a win… There is nothing real or organic here, in fact its like a scary movie. https://t.co/f1q6JWGXye

It’s being run through the memes…

Mayor Pete: Hey man, can I copy your homework?

Obama: Sure, just don’t make it too obvious.

@PeteButtigieg is a fraud pic.twitter.com/2di9DyYWde

And that meme just happens to be backed up with evidence.

Sorry there, Peter Pander. You can’t just ride the coattails of the First Black President, hoping that duplicating his formula will make you the first openly gay one.

Nobody cares who you are PRETENDING to be… they want to know who you are. And if you’re so insecure in who you are that you need to pretend to be Obama… maybe you should save everyone the trouble and just bow out now.