Pentagon Equity Plan: What Does It Mean for the Military? 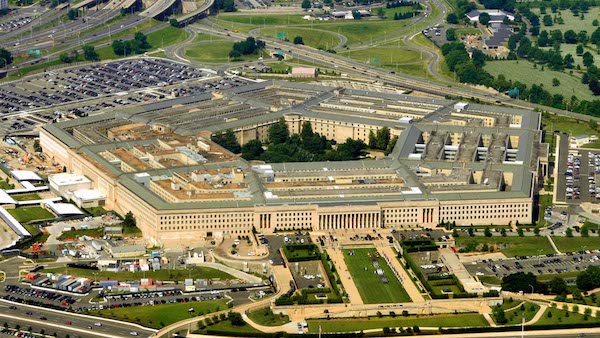 The Pentagon Equity Plan came out to comply with Biden’s Executive Order on day one. The Marxists use the word “equity” to demand that everyone have the same outcome and status. It is different than “equality,” which is equal opportunity for all. There is a fine line between the two, which the Pentagon’s document attempts to overcome. Still, the fact is that the US Military is being dragged away from its original focus: warfighting.

Biden signed Executive Order #13985 that demanded a plan for “equity” from all departments on the first day of his term. It demanded the US government focus on advancing “Racial Equity and Support for Underserved Communities.” Equity means the same outcome. In the case of our military, it is worrisome that they may be sacrificing our National Security in favor of everyone being the same.

The Department of Defense seeks to ensure that Artificial Intelligence isn’t “racist.” They feel that an AI can’t see the difference between a “dark-skinned individual” and a white person in the algorithm and want to make sure an AI does not ‘learn and magnify the biases of human screeners.’

They wrote that they wanted to make the ranks of our military “inclusive” by embracing transgender soldiers (unless they’re those racist extremists that are so widely reported). The Pentagon stated that they would provide “gender-affirming” medical treatment.

SecDef Austin also touted his order that demanded a stand down to hunt for extremists and racists within the ranks of the military. A witch hunt found fewer than 100 people the military could classify as “racist” or “extremist.”

As we have reported previously, it all comes down to the definitions: will the definition leave out conservatives and Christians in favor of “diversity?”

The military plans to “invest” in “underserved communities”…which means that minorities will receive the bulk of such investment. They will lower the barriers for small businesses to connect with the military procurement system, which will include women and veteran-owned small businesses. But will that leave out most white-owned businesses?

For example, DoD will utilize disaggregated data on the federal contract spend, including by race and ethnicity, to help understand where disparities exist. Further, DoD will issue guidance to its acquisition workforce emphasizing
adjustments to the category management planning and scoring process starting in FY 2022 in alignment with the Administration’s recently announced reforms in OMB M-22-03.

While the United States focuses on race and ethnicity, our enemies are focused on building their military capabilities, so they can crush their opponents. We don’t need a “kinder, gentler” military at this point in history- we need a lethal one.