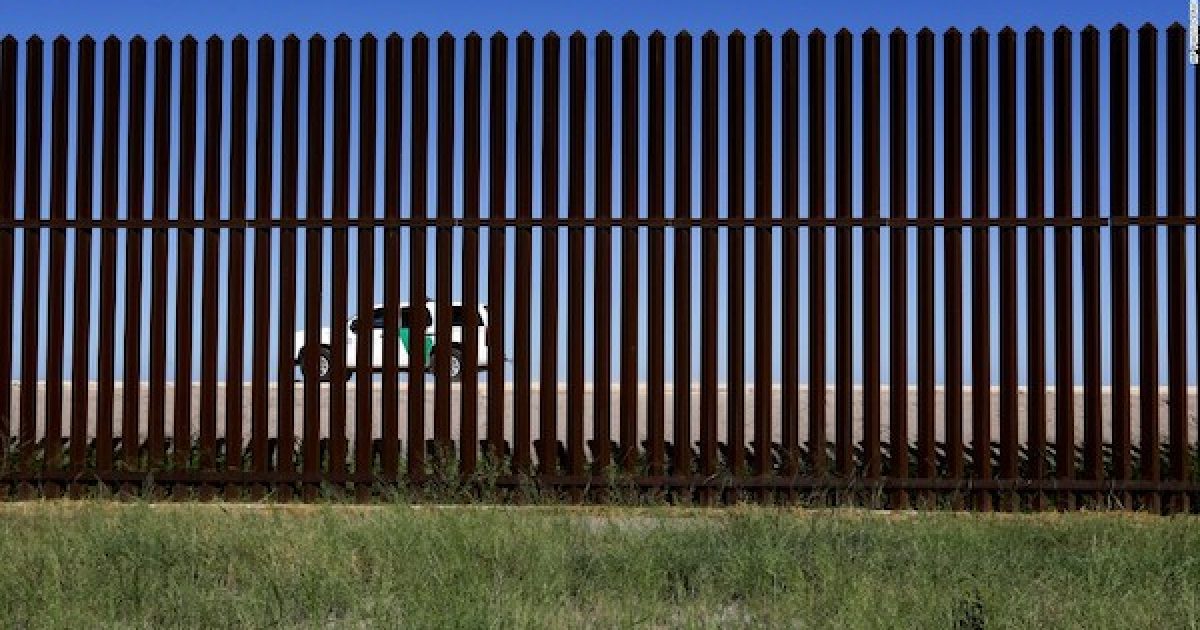 The Pentagon is reportedly drawing up options to build a wall at the southern border should President Trump commit to declaring a national emergency.

The revelation is the latest in a line of moves that indicate the President is gravitating toward the option that would allow him to circumvent the obstructionist Democrats in Congress and continue construction on the wall.

“The Department of Defense is reviewing available authorities and funding mechanisms to identify options to enable border barrier construction,” a Pentagon spokesman told USA Today. “As there has not been such a declaration made, it would be inappropriate to comment further on those efforts.”

Trump has declared the White House lawyers have assured him of his “absolute right” to make an emergency declaration and they have prepared legal arguments to defend the stance. He has yet to officially do so, but all signs are pointing to that eventuality.

It's looking increasingly likely that Trump will declare a national emergency so he can divert military funding to pay for the border wall. The Pentagon is ready for that possibility.

Signs Are Pointing to the Declaration

From the time President Trump announced his primetime speech and subsequent trip to the border, he has been consistently hinting at the possibility of declaring a national emergency at the border.

Trump’s speech itself shifted the focus of the debate to a humanitarian crisis – job-stealing and heroin epidemic – that only a wall can solve.

Following that effort and the Democrats weak rebuttal, Trump warned that he might declare an emergency, though he expressed optimism about reaching a deal.

“I have the absolute right to do a national emergency if I want,” he said. “I think something will happen. I really do. Otherwise, we will have to go about it differently.”

That optimism quickly evaporated when the opposition party refused to budge, and Trump walked out of a meeting saying, “Bye, bye.”

Just left a meeting with Chuck and Nancy, a total waste of time. I asked what is going to happen in 30 days if I quickly open things up, are you going to approve Border Security which includes a Wall or Steel Barrier? Nancy said, NO. I said bye-bye, nothing else works!

Reports surfaced shortly after that that the White House was preparing legal arguments for issuing a declaration.

Now, behind the scenes, the Pentagon is preparing to make a move.

Democrats Will Try to Stop It

House Majority Leader Steny H. Hoyer said that the Democrats would sue if the President takes the emergency route to funding and building the wall.

Some reports indicate that administration advisers believe an emergency declaration would successfully be halted in the courts. Vice President Mike Pence says that Trump will fight no matter what.

“The president believes he has an absolute right to declare a national emergency,” Pence said. “The president is going to get this done one way or the other.”

There is another issue whether the courts stop it or not, is it still a wise move?  One day (God-forbid but it will happen)  a Democrat will be elected POTUS.  That President could declare climate change is a national emergency and order the cessation of all fossil fuel usage. Or an immediate redistribution of all income. Etc.  To be honest, I believe President Trump realizes this and that’s why he keeps putting off making the declaration officially.