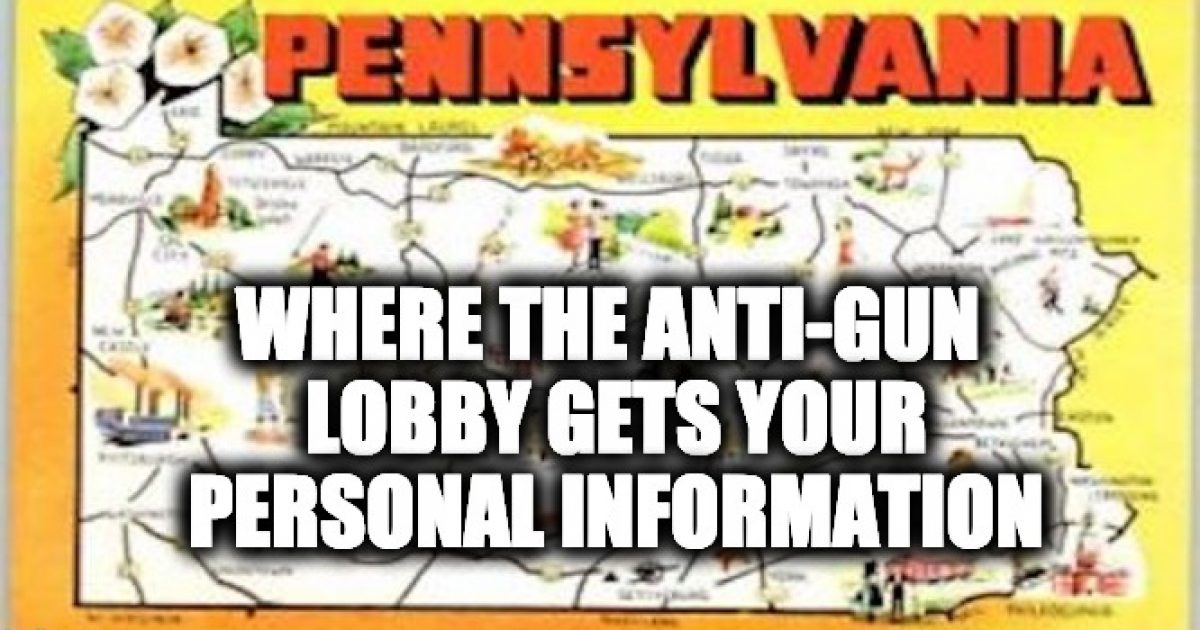 Every time that Democrats tell you they “don’t want to take your guns” you need to call them out on it. Ammoland reported that Pennsylvania Democrats have introduced HB 0768, the Gun Registration Act, which would create a gun registry within the state. ALL guns – except antique firearms – must be registered, and it gets nasty from there. It was introduced on Friday by three Democrats: Mary Louise Isaacson (D), Angel Cruz (D), and Mary Jo Daley (D) and referred to the Judiciary Committee.

If the law gets passed, every firearm owned by a resident of Pennsylvania must be registered. Each registration certificate costs $10 PER gun. In order to obtain said certification, the applicant has to swear under oath and provide: name, home address, business address, telephone number, date of birth, social security number (isn’t that illegal to ask for? just sayin’), age, sex, citizenship, name of the manufacturer of each gun, serial number, caliber or gauge, model, type, two photos taken within 30 days,- passport size full face head and shoulders.

As if that wasn’t enough, the applicant must also be fingerprinted by the Pennsylvania State Police, and background checked even though they had that when they bought the weapons in the first place. No applicant can be granted a registration certificate without that background check. The PA state police have 30 days to deny or approve the application (administratively that’s going to be an issue).

Beyond the fact that this seems to violate the Fourth Amendment against unreasonable searches.  The purpose of this amendment is to protect people’s right to privacy and freedom from unreasonable intrusions by the government. The law seems to breach that right. And if the Gun Registration Act is passed and does stand, I wouldn’t be surprised if the database of the personal information of gun owners shared with the anti-gun lobby. If the data is shared, it will place law-abiding gun owners in physical danger from anti-gun extremists.

The Pennsylvania certifications must be renewed ANNUALLY. Which means that every danged year the gun owners will have to do it all over again. And they have to do it no less than 60 days before the certificate expires.

The gun owner must keep all firearms unloaded and disassembled or bound by a trigger lock. If a firearms owner doesn’t secure their firearm that way, they would be guilty of a crime. This rule even applies to homes with no children.

Will the legal gun owners of Pennsylvania comply with this blatant attempt to make their lives hell? Criminals won’t comply, heck they are criminals by definition they don’t obey the law. But that’s the problem with most gun rules proposed by the liberals.

The bill makes no mention of how it will be enforced- and going door to door would be extremely hazardous for any law enforcement personnel.

But Democrats don’t want your guns, right? This is just one reason why the NRA stands against gun registries. If you live in Pennsylvania, call your representatives – your gun rights are in jeopardy.