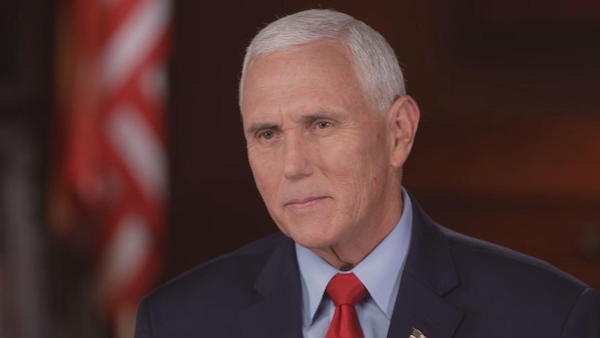 Hasn’t Mike Pence always been a bit of a goody-two-shoes? He had to be to counteract Donald Trump’s bombast, right? He was the moral and just balance to the whole thing, wasn’t he?

So maybe it should come as no surprise that Pence is offering a newly conciliatory tone when it comes to his former boss, despite the burgeoning realization that the two could be headed for competition in the 2024 primaries.

Brody said, “I want to ask you about the state of the Republican Party. Where is that party today? Let me ask you a straight-up question. Is this Donald Trump’s party, or do you believe that is an outstanding question at this point? What is your view on that because Donald Trump sees it as his party.”

But then things got a little grittier.

Pence said, “I think the former president is a leader in the party.”

Pence added, “An important voice in the party. But I have great confidence that Republican primary voters are going to do like they’ve done so many times before. As we go into the next two years, they’re going to choose the right standard bearer for this moment in our history.”

Pence has repeatedly hinted at a potential run for president in 2024, but this latest capitulation to Trump could be a sign that he’s backing off.