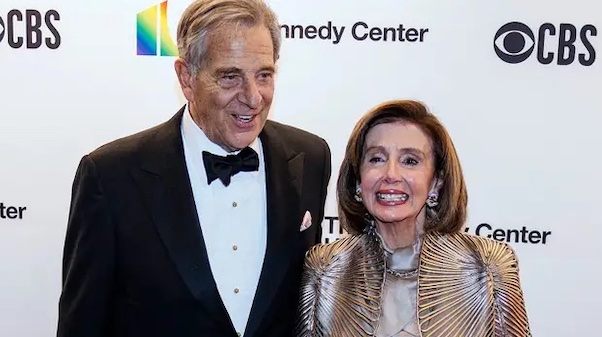 While our public servants have technically been sent to Washington to work on our behalf, the entire nation has a tawdry and tacit understanding that they will also be helping themselves along the way.

We’ve been bamboozled by our elected officials for decades now, as lobbyists and other influence peddlers throw ungodly amounts of cash in their direction. Then, on top of that, the advanced knowledge that is inherent in being at the leading edge of the political spectrum allows Congress to take advantage of the stock market with aplomb.

House Speaker Nancy Pelosi’s husband Paul bought up to $5 million in stock of a computer chip company ahead of a vote on a bill next week that would hand billions in subsidies to boost chip manufacturing, a financial disclosure shows.

Paul Pelosi purchased 20,000 shares of Nvidia, one of the world’s largest semiconductor companies, on June 17, according to the speaker’s disclosure report released Thursday. Now, senators will convene as early as Tuesday to vote on a bipartisan competition bill, which allocates $52 billion to boost domestic semiconductor manufacturing and gives tax credits for production, Reuters reported Thursday.

There were concerns that the purchase may be unethical. MAY BE???

“It certainly raises the specter that Paul Pelosi could have access to some insider legislative information,” Craig Holman, a government affairs lobbyist for the left-wing think tank Public Citizen, told the Daily Caller News Foundation. “This is the reason why there is a stock trading app that exclusively monitors Paul’s trading activity and then its followers do likewise.”

This is not the first time that Paul Pelosi made a stock deal that coincidently was affected by a Nancy Pelosi Congressional action. Coincidently only if one believes in coincidences. Peter Schweizer wrote a book about the Pelosis and some other members of Congress having similar coincidences as the one above. Peter’s book was published a decade ago, but it’s still an excellent and exciting read. The title is great also: “Throw Them All Out: How Politicians and Their Friends Get Rich Off Insider Stock Tips, Land Deals, and Cronyism That Would Send the Rest of Us to Prison.”