Pelosi Whines, But Proposed Wall Is High To Protect Mexicans 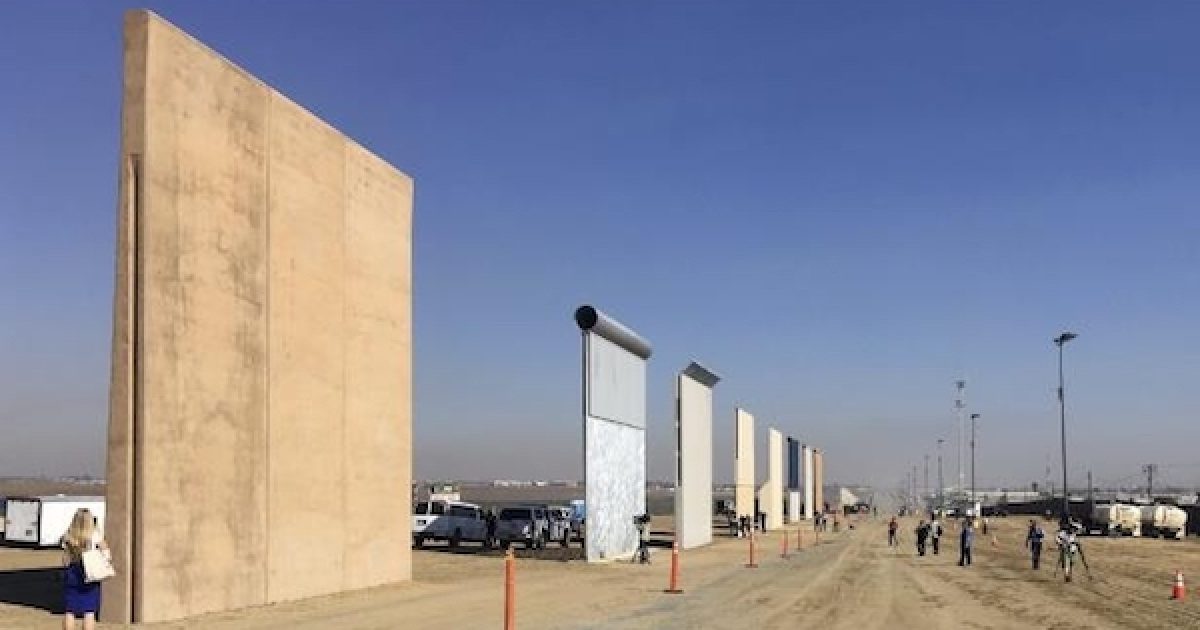 Surprise, surprise, Rep. Nancy Pelosi is whining again. It seems like there is always something for her to flap her gums about, even if she NEVER makes any sense. And she never understands when a policy is designed to protect people.

Let’s just say that Pelosi’s lights are on but no one is home!

Now she is in a frenzy about the proposed height of Donald Trump’s border wall prototype. She said that it does not belong in a “civilized society.”

I suppose she doesn’t realize that we want the wall in order to maintain a civilized society.

“Did you see it? How high it is? … I mean, really? In a civilized society, we [would] do something like that?” Pelosi continued, “A wall that big separating people? I mean, really? This is a big wall.”

The House minority leader said Thursday in a news conference that she sees the wall prototypes, which Trump reviewed earlier this week in San Diego, as “obnoxious.”

Pelosi also said Trump would have to make concessions to Democrats if he hopes to get funding for the project and that the Trump administration’s “enhanced” immigration enforcement is contrary to the values of the United States.

Pelosi made headlines a few weeks ago by putting forth a new idea for border security, arguing simply “mowing the grass” in some areas could be sufficient instead of building a wall.

“Let’s talk about where a more serious structure might be necessary, where fencing will do or mowing the grass so people can’t be smuggled through the grass,” she added.

What? Is she joking or just that dumb?

The CEO of one of the companies that submitted a wall prototype told Laura Ingraham this week that it was an honor to show Trump the proposal, touting the company’s “superior” design.

“You’re not even getting close to our wall,” said Fisher Sand & Gravel Co.’s Tommy Fisher. “Our wall has a road in front, a road behind and it has such a superior advantage.”

.@POTUS: “They re-established law & order in San Diego when they put up a wall.” https://t.co/JYaziXnUC2 pic.twitter.com/V0tQXQsYKl

The truth is that President Trump insists the walls be very high because he wants to improve relations with Mexico. He is protecting the Mexican people. It would be horrible if they could peek over the wall and see something gross like this. 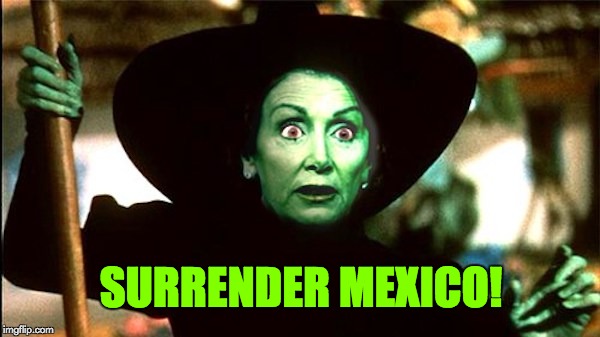 Most of this post was originally seen at Eagle Rising