Pelosi Rejected Trump’s Immigration Compromise BEFORE HE GAVE IT!!!! 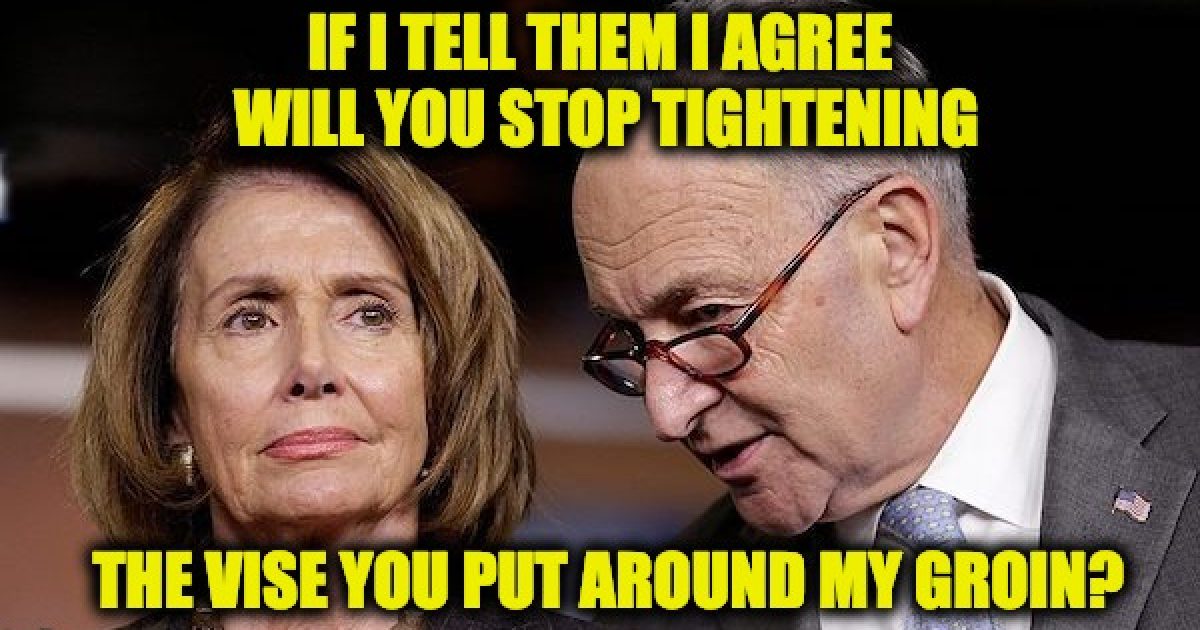 Saturday Afternoon President Trump gave a speech in which he offered a solution or at the very least an opening for negotiations about the shutdown and the border wall. Proving that she is an obstructionist, Speaker Nancy Pelosi tweeted her rejection of Trump’s offer at 4pm, just as President Trump began his speech offering and explaining his deal. Sen. Schumer who does anything Pelosi tells him to soon agreed with her,

At the same time, the President began to present his plan Ms. No was already tweeting out her rejection.

Democrats were hopeful that @realDonaldTrump was finally willing to re-open government & proceed with a much-needed discussion to protect the border. Unfortunately, reports make clear that his proposal is a compilation of previously rejected initiatives. https://t.co/MFwebWSevG pic.twitter.com/yMTm4iP27h

Nothing about Okay lets negotiate, nothing about it’s a start. Just “forget it buster, unless you don’t get anything, I will say it sucks.”

Speaking of Chuck Schumer, he agreed with Pelosi (he had to, one thing that has become very obvious during the shutdown she has his manhood in a vise). Schumer said:

“It was the president who single-handedly took away DACA and TPS protections in the first place—offering some protections back in exchange for the wall is not a compromise but more hostage taking,” he said.

Wouldn’t it be great if the Pelosi cared about the country as much as she cared about getting her way 100% without compromising?

And for the Democrats:

To back up his crisis on the border claim he added:

Per President Trump, Mitch McConnell promised to bring this plan to a vote in the Senate sometime during the next week.

A video of the President’s speech offering his compromise is embedded below: