Pelosi Invokes God In A Defense Of Abortion Rights 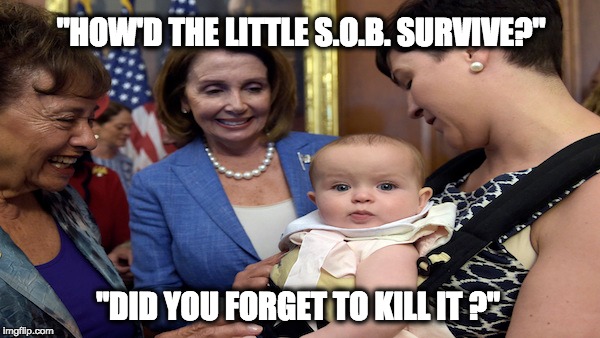 A  few weeks ago we told you House minority leader Nancy Pelosi (D-CA) had argued that President Trump’s decision to pull our nation out of the corrupt Paris Climate Accord was somehow dishonoring to God. Now she invoked the creator of the universe again, this time to defend abortion rights.

After the Paris deal was squashed Pelosi made the religious argument with a straight face. Here’s part of what she said:

The bible tells us to minister to the needs of God’s creation as an act of worship. To ignore those needs is to dishonor the God who made us and that is just what we’re doing by walking away from this accord.

Well someone else must have been paying attention to Pelosi’s ridiculous commentary, because on Thursday a reporter finally had the chance to ask Pelosi about her Paris Accord comments and seemed to catch her off guard. The reporter reminded Pelosi of the argument she had made about Paris a few weeks ago and then juxtaposed that argument with Pelosi’s defense of abortion on demand.

Reporter: “Three weeks ago you said that we need to be responsible stewards of God’s creation and that it dishonors God to pull out of the Paris accord. The Heartbeat Protection Act would prohibit aborting a baby with a heartbeat. Does it dishonor God to abort a baby with a beating heart?”

Nancy Pelosi: “Obviously you want to get into that discussion… But it is my view that it is up to a woman to have her own right to choose the size and timing of her family. God gives us the freewill and holds us responsible and accountable for our actions.”

Pelosi is right in a way, God does give us the free will to do right and wrong and it’s up to us to do the right thing. But on the other hand Exodus Chapter 20 Verse 12 presents the 6th of what some call the Ten Commandments. In Hebrew it reads לֹא תִרְצָח which translated into English means Don’t Murder.

As the reporter implies, if the in utero baby is a living being, then can God be happy with Pelosi’s support of murdering that child? (Of course not.)

Pelosi does make one argument here that I agree with – when we exercise our free will and do the wrong thing, God “holds us responsible and accountable for our actions.” There will come a day when each and every person will be held accountable, and on that day, Nancy Pelosi and her fellow defenders of abortion will stand before God and be judged for their actions. And perhaps standing next to the Lord’s holy throne will be the souls of the babies who were murdered on demand as a form of family planning and birth control.