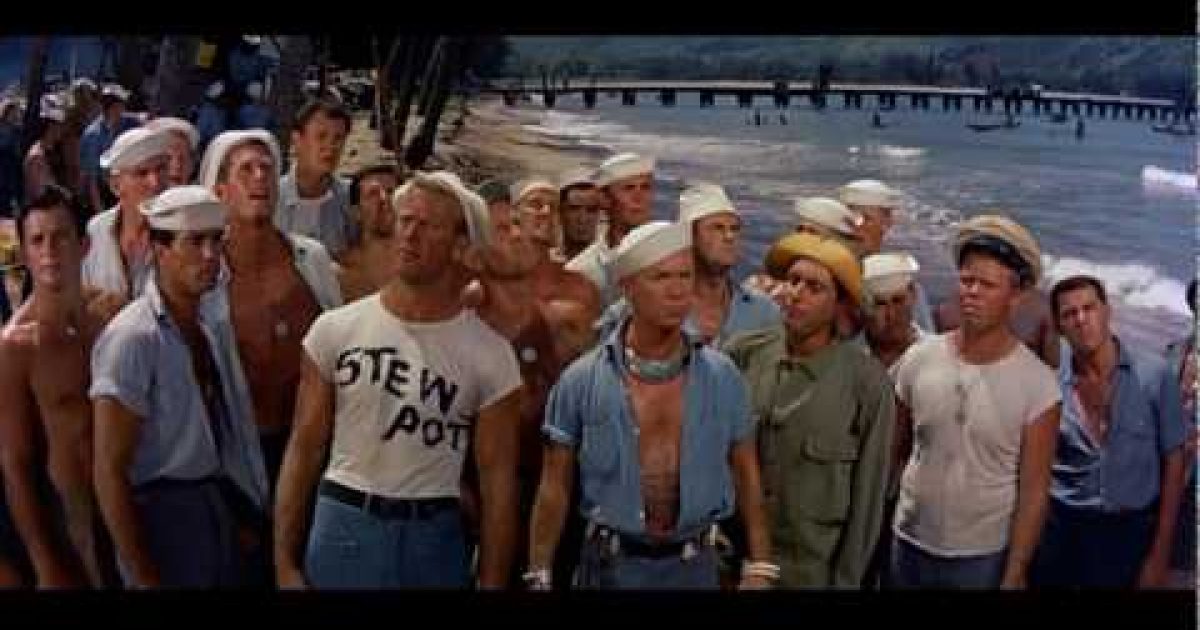 There’s nothing like a dame. That’s not the U.S. Navy talking; that’s Oscar Hammerstein III (or rather a bunch of sailors in the musical “South Pacific” who obviously didn’t know no better).

More than half a century has elapsed since the maiden voyage of that Broadway show, and the  seafaring branch of the military does know better — or should. Be that as it may, the Navy has been accused of committing an act of sexism in a recruiting mailer it sent out to 202,900 unsuspecting women in several states, including Colorado, Florida, Illinois, Michigan, Texas, Utah, and Wisconsin.

According to the Associated Press (via The Virginian-Pilot), the mailer used the f-word. That’s “f” as in “feminine.”

It didn’t stop there. It also used the g-word (“girls”) as well as the other g-word (“guys”). The mailer reportedly allowed as how:

The Navy offers women opportunities that “most girls aren’t even aware of” in career areas that “aren’t just for the guys… all while staying in touch with your feminine side.”

Embarrassed Navy officials scrapped the mailer Tuesday, declaring that the wording was “condescending,” adding that it “perpetuated stereotypes.”

Lt. Commander Nate Christensen said the mailer doesn’t reflect Navy values and was removed from a database of mailer templates after The Associated Press inquired about it. He says officials are now reviewing language in all templates.

Color me the c-word (“confused”). The Navy has itself bent over backwards recently to condescend to the fairer sex by, for example, changing body fat limits and easing up on its fitness exam to make it easier for women to join.

P.S. For your viewing/listening enjoyment, here is the above-mentioned ditty from “South Pacific”: