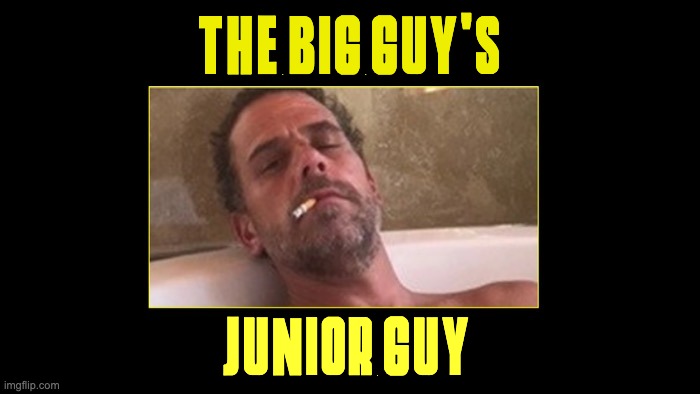 On Tuesday, The Federalist reported that two GOP senators, Chuck Grassley of Iowa and Ron Johnson of Wisconsin, released actual receipts of payments Hunter Biden received from foreign oligarchs that indicate “the extent to which President Biden might be — and almost certainly is — compromised.”

According to the documents obtained by the senators, energy company CEFC, “an arm of the Chinese Government,” paid Wells Fargo Clearing Services $100,000 and designated “further credit to Owasco,” Hunter’s firm

“There’s no middle man in this transaction. This is $100,000 from what is effectively an arm of the communist Chinese government direct to Hunter Biden,” Grassley said from the Senate floor on Monday. “To the liberal media and my Democratic colleagues: Is this official bank document Russian disinformation?” “Bank records like this piece of evidence are pretty hard to deny and sweep under the rug. Our reports were chocked full of irrefutable evidence like this. And yet, the media buried those details in an attempt to keep it hidden from the American people,” Johnson added.

“Hunter Biden and James Biden served as the perfect vehicle by which the communist Chinese government could gain in-roads here in the United States through CEFC and its affiliates,” Grassley said. “And these in-roads were focused on China’s advancement into the global and U.S. energy sector. Hunter and James Biden were more than happy to go along for the right price.”

“Senior Democrats and liberal media cooperated to smear me and Sen. Grassley with false accusations of receiving and spreading Russian disinformation,” Johnson added. “They created documents, leaked them, asked for briefings, and then leaked those, too. And then they, themselves, disseminated Russian disinformation. Fortunately, they failed to discredit our investigation because we stayed true to government records. We stayed true to the facts and the evidence.”

As we and others reported, the New York Times recently admitted the legitimate Hunter Biden laptop story, even though the liberal media and Big Tech oligarchs suppressed the story to help elect Democrat Joe Biden.

The mainstream press will ignore this. Their agenda trumps truth, justice, and protecting the USA.

They’re far too busy demanding Clarence Thomas be impeached over his wife’s texts OR pushing deliberate misinformation about the Parental Rights law they want to pretend is an anti-Gay thing.

Just try to imagine the press response if this news had been about Don Jr. instead. The entire war in Ukraine would be a forgotten memory in favor of unrelenting, wall-to-wall coverage of influence peddling to a foreign power. There would be immediate calls for Trump’s head.

We don’t have to imagine. We already know.