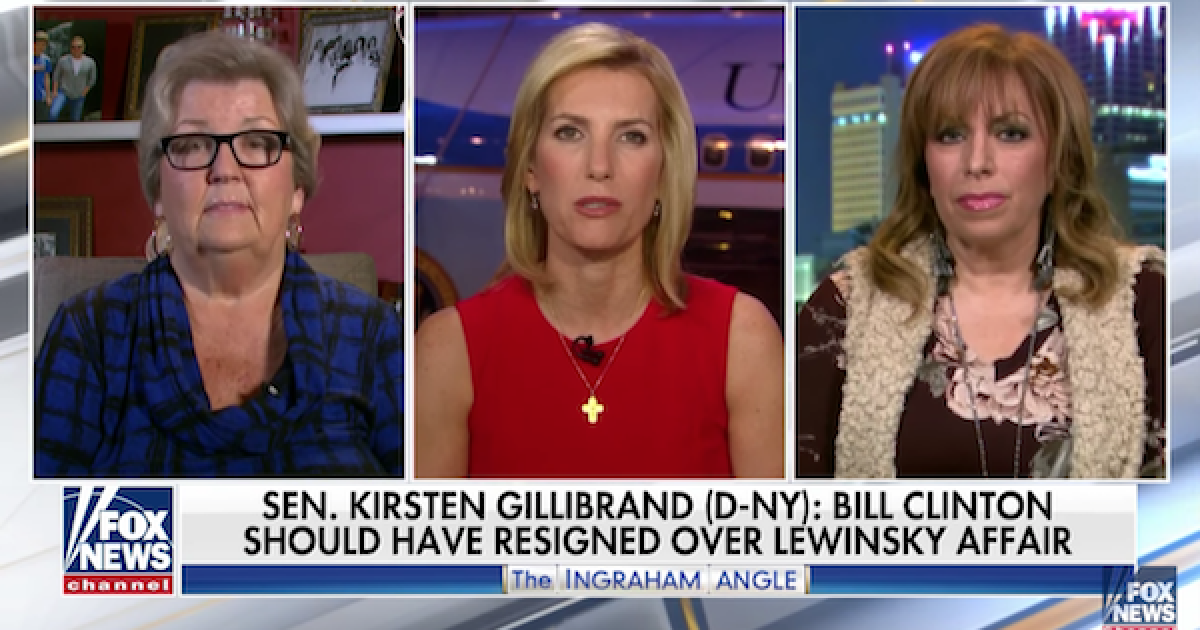 Another great thing about the Democrat insurrection against the Clinton wing is that we get to hear from Paula Jones and Juanita Broaddrick, two women who have been essentially sexually harassed by the media and the DNC for decades. While some Democrats are attacking Bill Clinton, they are still trying to deny that they horrifically abused sexual victims in order to put a rapist in the White House.

Lifezette reports, “Paula Jones: Hillary, I Did Not ‘Misremember.’”

“Every situation has to be judged on its own merit,” Clinton recently told Rita Cosby of ABC News. “And there were allegations that were disproved. It’s unfortunate that people are either misremembering or misinterpreting history.”

Jones told Laura Ingraham in emphatic terms on Friday night on “The Ingraham Angle” that she did not “misremember” the alleged 1991 incident in which then-Gov. Bill Clinton allegedly asked Jones for oral sex.

Hear Jones and Juanita Broaddrick respond to the self-serving lies of the Democrats: