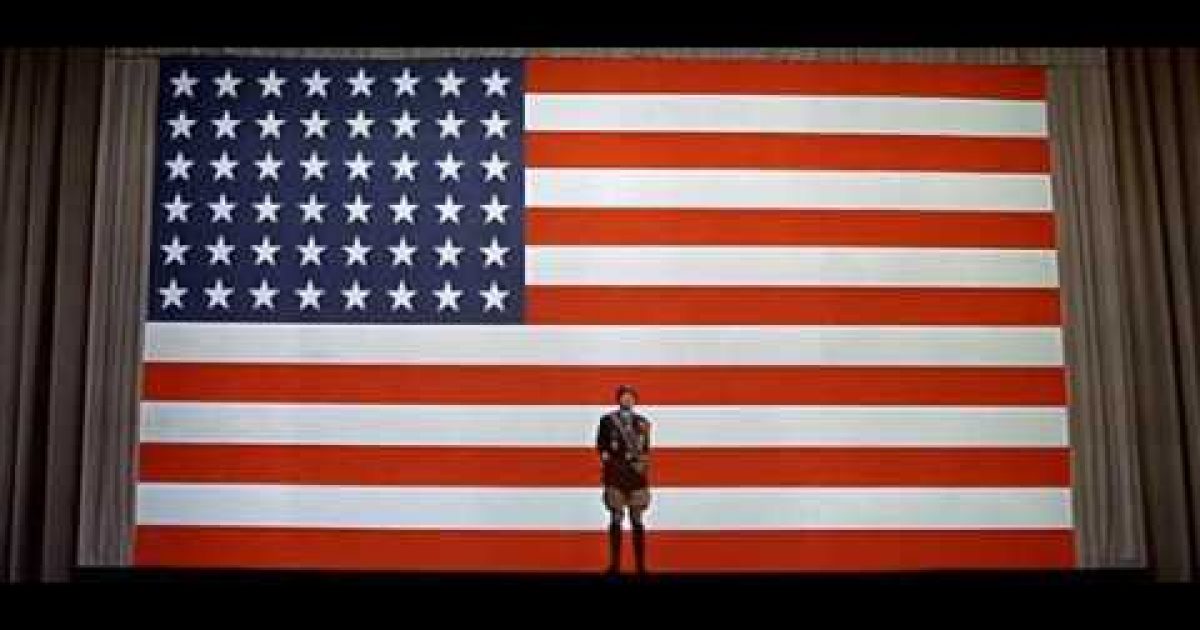 Anybody who saw the movie Patton remembers this famous line from the movie’s opening.

But according to State Department Spox Marie Harf General Patton was wrong.  The way to win a war is to give the enemy’s youth’s Jobs.

“We can not win this war by killing them; we cannot kill our way out of this war. We need in the medium and longer term to go after the root causes that leads people to join these groups.”

A guest on MSNBC’s Hardball, State Department Spokesman Marie Harf contended that the only way to solve the problem of ISIS is to create jobs and “opportunity for young people.”

Speaking for the Obama Administration, Harf contended that the United States cannot win the war against ISIS through warfare and killing the enemy. A view not held by our allies in Egypt and Jordan who are calling for revenge and engaging in an air war on the enemy and based on the fact that ISIS is still waging war and mutilating its enemies it is a good guess that ISIS doesn’t agree with Harf either.

In the first exchange (below) notice that Chris Matthews describes the 21 beheaded people as Christians, and that ISIS is trying to humiliate the Christian world. When Ms Harf answers she describes them as Egyptians, continuing the administration policy of refusing to acknowledge that ISIS is targeting certain religious groups:

Matthews: Marie Harf is with the American State Department. Marie this is getting close. And I think the Italians, you know, who had some land in northern Africa over the years before, are beginning to feel them at their curb side now. What do we do as Americans when we look at 21 Christians beheaded for the purposes of humiliating us, the Christian world, the Western world? It’s aimed at us, those pictures.

Harf: Well I think it underscores to people that it isn’t just a fight in Iraq and in Syria and it’s not just a fight about dropping bombs on terrorists. It’s really how we stop the causes that lead to extremism in a place like Libya. The fact that there’s no governance and there’s no opportunity for young people. It lets groups like ISIL grow there and flourish there, which is what we saw with this awful situation with these Egyptians which you just mentioned. But this is a longer fight; it’s fighting them on social media. Like you just said, these videos they’ve produced are very technical, they’re using social media to get converts to their cause and to spread their hatred all over the world. This week, we’ll have over 60 countries in Washington to talk about combating this violent extremism together in the long term not just the short-term fight.

It is the policy of this administration NOT to know the enemy, and they are getting some help from the MSNBC star. Both Matthews and Harf dance around the fact that the enemy consists of Muslim extremists. Matthews comes close calling them Shias and Sunnis in the exchange below, but doesn’t press Harf on the issue of identifying the enemy by name:

Matthews: Well how do we win? How do we stop this? I don’t see it; I see the Shia militias coming out of Baghdad who are all Shia. The Sunnis hate them. The Sunnis are loyal to ISIS rather than going in with the Shia. You have the Kurds, the Jordanian air force and now the Egyptian air force, but I don’t see — if I were ISIS, I wouldn’t be afraid right now. There’s no existential threat to these people. They can keep finding places to hold executions and putting the camera work together, getting their props ready and killing people for show and nothing we do right now seems to be directed at stopping this.

Harf: Well, I think there’s a few stages here. Right now what we’re doing is trying to take their leaders and their fighters off the battlefield in Iraq and Syria, that’s really where they flourish.

Matthews: Are we killing enough of them?

Harf: We’re killing a lot of them and we’re gonna keep killing more of them. So are the Egyptians and the Jordanians they’re in this fight with us. But we can not win this war by killing them; we cannot kill our way out of this war. We need in the medium and longer term to go after the root causes that leads people to join these groups.