Pandemic Defense: Trump’s Maligned Wall Stopped A Crapton Of People From Sneaking In 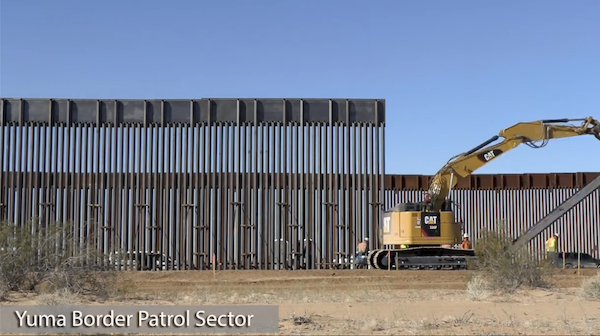 Pelosi is trying to call the COVID pandemic the ‘Trump’s Virus.’ Still, SHE is the one who was eager to divert funding AWAY from the southern border wall, despite her belief that we have endless money to print and give away for other priorities. The wall is part of America’s defense against the China virus. Pandemic defense Trump’s wall

She opposed — and still opposes — even the slightest limitations on the unchecked flow of unknown persons across our Southern Border. Biden is worse—he has also promised to strike down the agreements we have with other countries that will divert groups back to their countries of origin so that we have more regularized immigration that can come through the proper process.

But we live in a COVID era.

A pandemic era in which we are told that Mexican patients have been diverted to California for treatment because there is no help to be had in Mexican hospitals.

Coronavirus patients are showing up in emergency rooms after calling 911 from the US-Mexico border.

“They’ll literally come to the border and call an ambulance,” says Van Gorder, president and CEO of Scripps Health, a hospital system in southern California.

The rise in ambulance traffic from the border, which several officials described to CNN, is a symptom of the pandemic’s spread in the region — and a sign of the many connections between communities in both countries.

So, there’s a COVID problem in Mexico. That’s good to know.

And how many people do you suppose Trump’s hated wall has stopped during this pandemic? Spoiler alert: it was a sh*t-load

And it almost certainly kept COVID numbers along our Southern Border from sparking a whole new series of Patient Zeros with might have further seeded the virus throughout the country.

President Trump’s shutdown of the southern border early in the coronavirus crisis kept nearly 190,000 illegal immigrants from 70% of the world from entering the United States and potentially spreading the disease, according to administration data.

Officials said that 186,000 from 130 of the world’s 195 nations, including China and Mexico, were stopped from entering the country since the beginning of the year. Some 42 had unknown citizenship.

“The actions of President Trump quickly addressed public health threat posed by the coronavirus as migrant flows threatened to accelerate outbreak in the United States through the southwest border, and imploringly, helped ensure that fewer potentially infected, un-screened, un-vetted, and unauthorized aliens were entering U.S. detention facilities for the virus to spread to other parts of the country,” said an administration review.

An official added, “If not for this effort, tens of thousands of aliens acting as potential carriers for the coronavirus would have continued to enter law enforcement facilities near the border in congregate settings, making our southwest border a major vein for coronavirus outbreak. Due to this health risk, the U.S. border has never been more secure.”

Border tightening began in March after the Centers for Disease Control told the Department of Homeland Security to block illegal immigrants from entering. Their order was one of several Trump administration efforts to stop the spread of the virus.

Officials said that in using Title 42 authority, they could send back an apprehended illegal in just a few hours instead of weeks.

That has kept infections in local border communities low. And by sending illegal immigrants back across the border and keeping detention centers vacant, there has been little infection among Customs and Border Protection officials and other government workers.

We can hardly wait for the news networks and the Democrats to sing the praise of Trump having been right, while they were wrong about this issue.

They’ll be doing that, right? Sure— just as soon as California goes conservative, Joe Biden remembers what he ate for dinner last night, and the NY Jets win another Super Bowl. 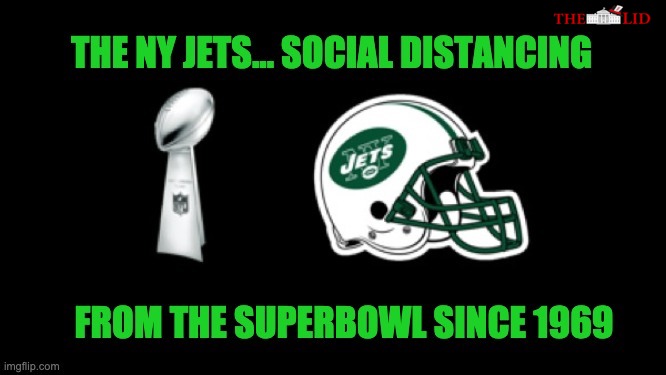