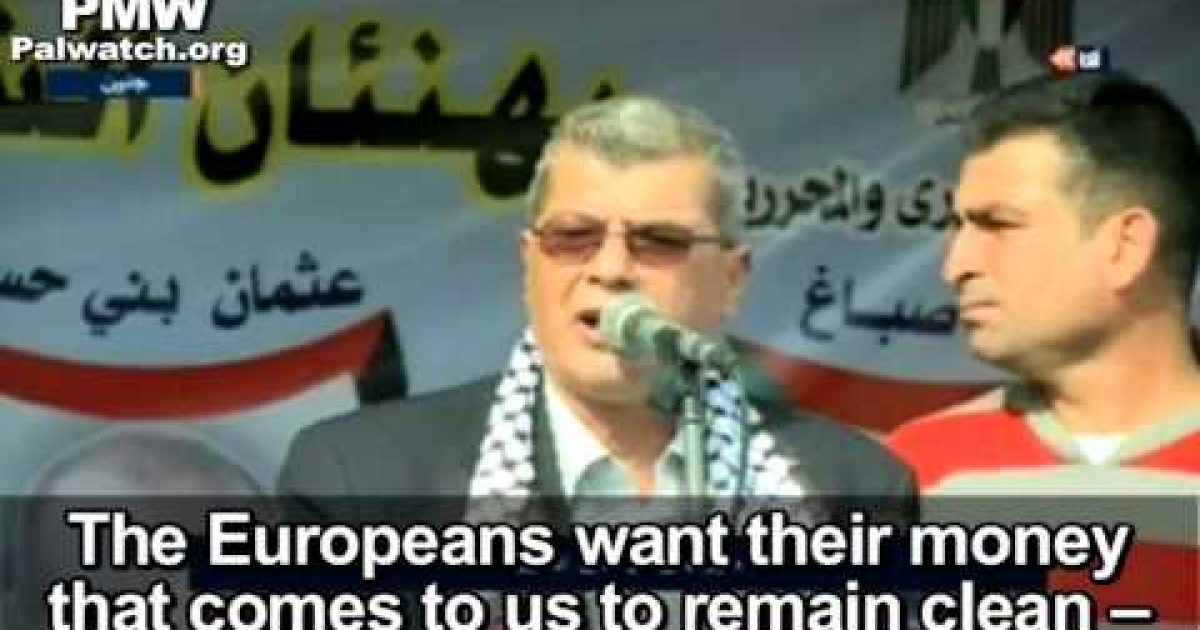 Ever wonder what happens to all that money the U.S. and Europeans give to the Palestinians? Well this year for example the Palestinian Authority increased the amount allocated to pay terrorists by $46 million dollars.

While most Western countries have laws and regulations prohibiting support for terrorists or former terrorists. In spite of those laws and their opposition, these countries continue to fund the PA’s general budget, thereby paying tens of millions of dollars to terrorists as salaries and other payments.

Last week, the PA announced that it will be giving an additional $46 million a year to released prisoners, a category which includes hundreds of murderers of civilians. Since the PA cannot cover its monthly budget payments without Western aid, these additional payments to terrorists will also be facilitated both directly and indirectly by Western donor money to the PA.


The official announcement was made by the PA Minister of Prisoners’ Affairs Issa Karake, who said that the PA government has approved a regulation of the Prisoners’ Law that “is concerned with improving conditions for released [prisoners],” a regulation whose “budget… has been estimated at 160 million shekels a year.”


This 160 million shekels ($46 million) for terrorists, including mass murderers, is made possible by international donors. This was made clear in the PA Minister’s announcement. He explained that the PA was not able to fund this financial support for released prisoners in 2013 because of its “large budget deficit,” so it will only start in 2014:


“Karake noted that the government has acknowledged the importance of the regulation and the need to implement it according to the rules. However, due to the large budget deficit and the PA’s financial situation, establishing the budget, which has been estimated at 160 million shekels a year, has been postponed until April [2014].” [Al-Hayat Al-Jadida, Feb. 6, 2014]

The PA did not cover its 2013 budget without hundreds of millions of dollars from Western donors, tens of millions of which went directly into the bank accounts of terrorists. Since there have been no reports of massive improvements in the PA economy freeing it of the need to receive Western aid to pay its budget, clearly the PA is counting on Western donor money to facilitate this $46 million to terrorists as well.

And as the video above demonstrates, the Palestinian leadership is proud of spending our tax dollars for terrorism.

Although the PA has rejected the European demand not to fund terrorists, neither the US, the UK, Holland, Norway, Sweden or any other donors have announced over the last year a cessation of funding for PA salaries or the PA general budget, from which the PA pays the terrorists. It is therefore not surprising that the PA continues to use donor money as it pleases against donor wishes. In addition to paying salaries to terrorists, the PA uses donor money to glorify terrorist murderers, propagate libels demonizing Israel, promote violence and spread Antisemitism among its people [see PMW documentation]. To this, the PA has added and additional $46 million payment to terrorists, which will be paid by Western taxpayers in 2014.

These are the “moderates” John Kerry believes wants to make peace.