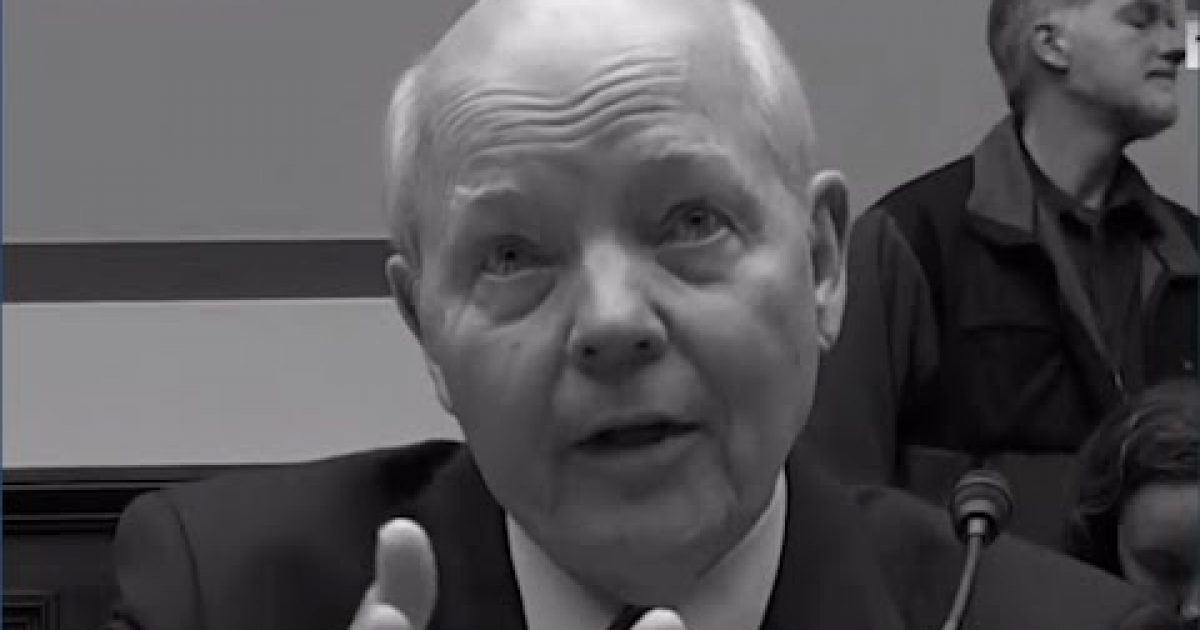 Finally sick and tired of his obfuscation, Republicans on House Oversight Committee on Monday called on President Obama to oust Internal Revenue Service Commissioner John Koskinen for obstructing the committee’s investigation into the tax agency’s targeting of conservative groups.

And if the president ignores the committees request, Committee Chairman Jason Chaffetz said the committee was actively considering contempt charges and impeachment proceedings against Mr. Koskinen in the event the president does not remove him from office.

In a letter to President Obama, the Committee outlined the findings, thus far, of its investigation into the IRS targeting scandal. The letter explains and provides evidence of the violations on the part of the IRS and Commissioner Koskinen in properly complying with both a congressional subpoena and its own internal preservation order.

“Mr. Koskinen should no longer be the IRS Commissioner. We have asked the President to remove Mr. Koskinen from office.

Mr. Koskinen failed in his duty to preserve and produce documentation to this Committee. The IRS failed to comply with a congressional subpoena. The IRS further failed by making false statements to Congress. We will pursue all constitutional remedies at our disposal, including potential contempt proceedings or perhaps impeachment of Commissioner Koskinen.

Under Mr. Koskinen’s leadership, the IRS failed to properly preserve agency records despite a subpoena and an internal preservation order. Shortly after being sworn into office, Mr. Koskinen was issued a subpoena. This created a legal obligation to preserve materials relevant to the Congressional investigation. However, just one month later, with an awareness that a gap existed in Lois Lerner’s email production, the IRS destroyed back-up tapes. These tapes may have contained the missing emails from the time frame in which she admitted the agency was targeting conservative 501(c)(4) groups.

Not only did this destruction of 24,000 potential emails occur after the materials were under subpoena, but also after the agency’s own Chief Technology Officer (CTO) issued a preservation notice ordering employees not to destroy anything. The CTO later stated he was ‘blown away’ that back-up tapes were destroyed ten months after his preservation notice.

Mr. Koskinen misled Congress and the American people when he appeared before the Oversight Committee in 2014 and asserted he would produce all of Ms. Lerner’s emails. At the time of his testimony, the agency was already aware that gaps existed in Ms. Lerner’s email production due to a hard drive crash. Mr. Koskinen did not make Congress aware of this problem nor did he take sufficient efforts to recover the missing emails. TIGTA’s report confirmed that the IRS failed to even look for the back-up tapes and neglected to look at five of the six sources where emails could have existed.

At best, Commissioner Koskinen was derelict in his duties to preserve agency records. At worst, he and the IRS engaged in an orchestrated plan to hide information from Congress. Given Commissioner Koskinen’s obfuscation and misleading statements to Congress, and the false claims that key evidence was permanently destroyed, the result has been an unnecessarily protracted investigation. More importantly though, the American people will never know all the facts surrounding the agency’s targeting of conservative tax-exempt 501(c)(4) groups. This is an unacceptable outcome and one that demands those responsible be held accountable.”

And to seal their case the committee released a 10-minute video outlining their case against Mr. Koskinen and the failure of the IRS to follow its own rules for preserving email records. Its embedded below: