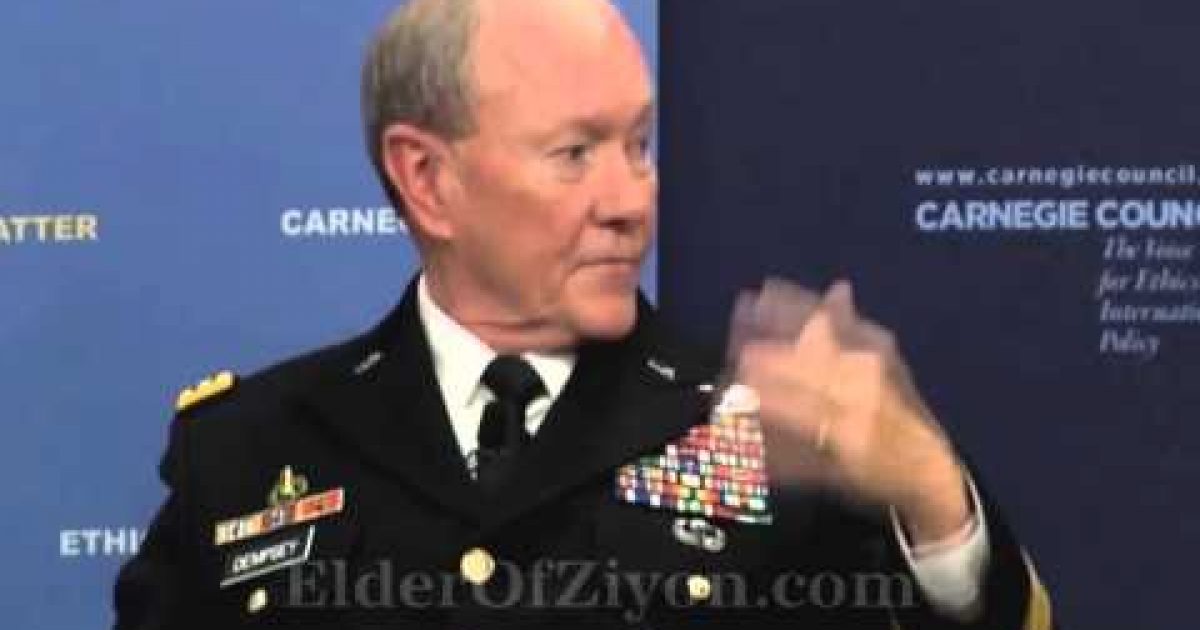 At a Thursday evening event at the Carnegie Council,Chairman of the Joint Chiefs of Staff General Martin Dempsey, the highest ranking military official in the United States, said that Israel went to “extraordinary lengths” to limit civilian casualties in the recent war in Gaza and that the Pentagon had sent a team to see what lessons could be learned from the operation. When asked about the General’s comments during the Friday State Department news briefing, Jen Psaki displaying this Administration’s continued contempt for the Jewish State said that the General was wrong that it is the opinion of the Obama administration that Israel’s efforts were not enough.

At the Thursday conference, the general was asked to comment about Israel’s ethics during Operation Protective Edge and recent reports criticizing the civilian deaths in Gaza. He told the audience that he believed the IDF “did what they could” to avoid civilian casualties.

I actually do think that Israel went to extraordinary lengths to limit collateral damage and civilian casualties. In fact, about 3 months ago we sent, we asked [IDF Chief of Staff] Benny [Gantz] if we could send a lessons learned team – one of the things we do better than anybody I think is learn – and we sent a team of senior officers and non-commissioned officers over to work with the IDF to get the lessons from that particular operation in Gaza. To include the measures they took to prevent civilian casualties and what they did with tunneling, because Hamas had become very nearly a subterranean society. And so, that caused the IDF some significant challenges. But they did some extraordinary things to try to limit civilian casualties to include calling out, making it known that they were going to destroy a particular structure. Even developed some techniques, they call it roof knocking, to have something knock on the roof, they would display leaflets to warn citizens and population to move away from where these tunnels. But look in this kind of conflict, where you are held to a standard that your enemy is not held to, you’re going to be criticized for civilian casualties. So I think if Benny were sitting here right now he would say to you we did everything we could and now we’ve learned from that mission and we think there are some other things we could do in the future and we will do those. The IDF is not interested in creating civilian casualties they’re interested in stopping the shooting of rockets and missiles, out of the Gaza Strip and in to Israel, and its an incredibly difficult environment, and I can say to you with confidence that I think that they acted responsibly. (H/T: Elder Of Zion)

“It remains the broad view of the entire administration that they could have done more,” Psaki said during a press briefing Friday. “And they should have taken more feasible precautions to prevent civilian casualties.”

The most Senor Military figure in the United States sent some of his troops to Israel to learn how they did such a good job in avoiding civilian casualties. General Dempsey is Obama’s guy. Not an agent of Israel. He will probably be taken to woodshed for telling the truth again.

The real truth is that Obama, Kerry and their team of Israel haters simply want to demonize the Jewish State.