On Holocaust Remembrance Day ‘Never Forget’ Is Being Forgotten 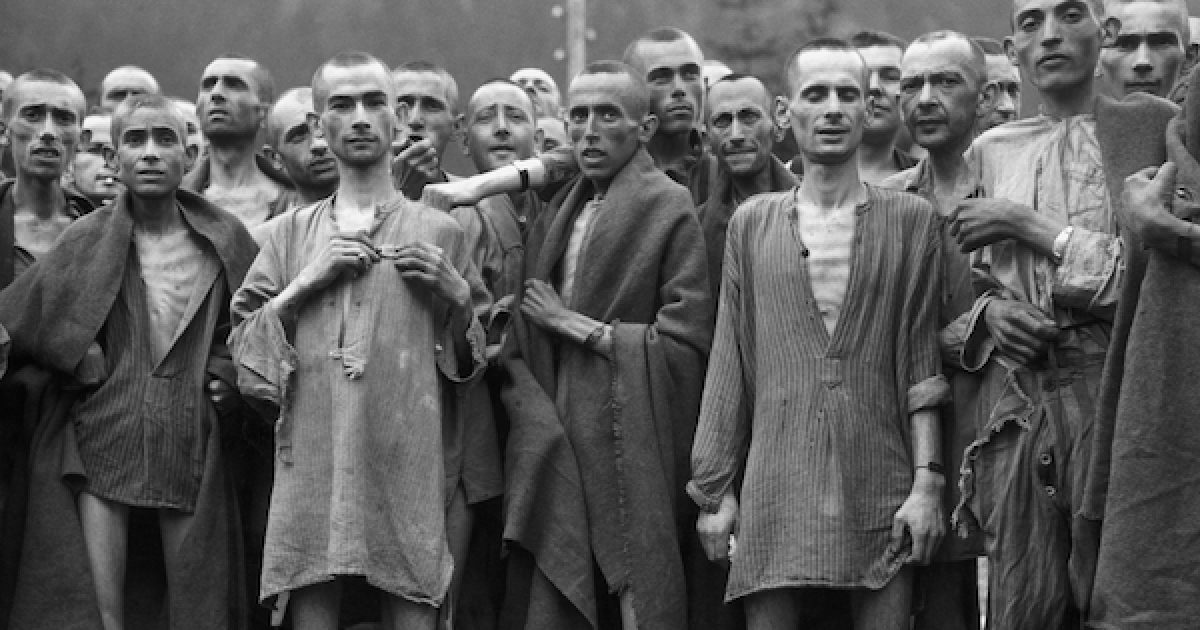 This past Sunday was International Holocaust Remembrance Day. A day was created by the United Nations to remember and honor the 6 million Jews and millions of others put through horrors and murdered by the Nazis. But Antisemitism isn’t a short-lived scourge that existed only during the brief period when the Nazis held power. Hatred of Jews has afflicted people of diverse ethnicity, religions and political views for more than 2,000 years. Sadly, despite the pictures, videos, and written records of the Holocaust horrors, Holocaust denial and Antisemitism is alive, well and mostly ignored in today’s society.

Just look at the mainstream hatred coming from the Democratic Party and the Women’s March. Look at the fact that MSNBC pays salaries to anti-Semites Al Sharpton who led two anti-Semitic pogroms in NYC and Joy Reid who believes in the anti-Semitic canard of the all-powerful Jewish lobby and agreed with then Iranian President Ahmadinejad in denying Jewish history when he said Israel should be moved out of the Middle East and into Europe. Pat Buchanan was kicked out of National Review because of his anti-Semitism and is a Holocaust denier, once writing in the New Republic “Diesel engines do not emit enough carbon monoxide to kill anybody. Yet places such as Rasmussen Reports and others pay for his column.

“The compelling question is this: if it is true as the Zionists’ claim that there were six million Jews killed during the Holocaust under Hitler during WWII, then why has there been no complete central compilation of the victims’ names? Surely, with all the research and Holocaust “scholarship,” along with the claims and litigation that came in for compensation and reparations from Germany, Switzerland and other European countries, along with the aid of modern computers, there must be a central database with all of the names of the victims. But apparently, to the best of our knowledge, there is not. Why not? Could it be that Zionists know that such a compilation would possibly come up far shorter than six million Jewish victims?”

Richard Falk, a former professor at Princeton, who was a high-level employee of the UN from 2001-2014, (including a tenure as UN Special Rapporteur to the Palestinians), was hired even though he hates Jews and is a Holocaust denier.  Falk once wrote that “the Holocaust is a massive fraud on the rest of us, with their lavish, self-financed Holocaust Museums all over America and the world.”

Going across the Atlantic we find that nearly 90 percent of European Jews feel that Antisemitism has increased in their home countries over the past five years, and almost 30% say they have been harassed at least once in the past year, reveals a major European Union report published in early December 2018. Despite an increase of Antisemitism in Europe, a Eurobarometer poll released a week ago shows that there is an apparent perception gap of the problem of Antisemitism,” a European Commission statement accompanying the survey remarked. “Only around a third of Europeans (36 percent) believe that Antisemitism has increased in their country over the past five years.”

As reported in a Jerusalem Post column on Holocaust Memorial Day, “one in 20 people in the United Kingdom doesn’t believe the Holocaust really took place, according to a poll. This finding indicates there could be more than 3 million Holocaust deniers living in Britain in 2019.”

“I believe that the historical evidence is strongly against, is hugely against six million Jews having been deliberately gassed in gas chambers as a deliberate policy of Adolf Hitler.” That quote is from British Catholic Bishop, Richard Williamson.

While Barack Obama criticized the Holocaust denial of Iran’s Ahmadinejad he supported Palestinian President Abbas without slamming his revisionism:

“It seems that the interest of the Zionist movement, however, is to inflate this figure [of Holocaust deaths] so that their gains will be greater. This led them to emphasize this figure [six million] in order to gain the solidarity of international public opinion with Zionism. Many scholars have debated the figure of six million and reached stunning conclusions—fixing the number of Jewish victims at only a few hundred thousand. –Mahmoud Abbas, Palestinian President, and “moderate” Terrorist. 1983 book The Other Face: The Secret Connection Between the Nazis and the Zionist Movement

Neither did Obama criticize his friend and friend of the Congressional Black Caucus Louis Farrakhan’s holocaust revisionism.

When it’s convenient, Liberals and the MSM use the Holocaust as a political weapon In 2016 the Washington Post ran two different opinion pieces inappropriately comparing then-candidate Trump to Hitler. They also ignore inappropriate Holocaust references by other liberals such Mexican President Enrique Peña Nieto, the Huffington Post, Comedian Louis C.K, and Rachel Maddow. Or when  Democratic Senator Sherrod Brown compared Republican governors John Kasich, Scott Walker and Chris Christie to the Nazis. They were silent when Rep. Jim Clyburn (D-SC)  compared conservative bloggers (like me) to Hitler. As long as it’s a liberal saying, inappropriate Holocaust references are okay.

Except for two new Democratic Party members of Congress, the press ignores Antisemitism or as shown above, pays their salary.

On April 27, 1945, a young soldier of the 12th Armored Division of the United States Army wrote these astonishing words to his wife in the United States: “Although I may never talk about what I have witnessed today.  I will never forget what I have seen.”  Aaron A. Eiferman’s division was moving to a new position near Dachau when they “came across a prison camp.” His historic account, like all subsequent descriptions, lacked the words to adequately convey the horror and the suffering that occurred at Dachau and in the other concentration and death camps of the Holocaust.

The Third Reich, and its collaborators pursued the complete elimination of the entire Jewish people. Six million Jews were systematically slaughtered in horrific ways.  The Nazis also enslaved and murdered Slavs, Roma, gays, people with disabilities, religious leaders, and others who courageously opposed their cruel regime.  The brutality of the Holocaust was a crime against men, women, and children. It was a crime against humanity. It was a crime against God.

On April 12th, 1945, General Eisenhower decided to personally visit as the horrors of Ohrdruf Concentration Camp, bringing two of his senior Generals, Patton, and Bradley along with military photographers. Anticipating that one day people will deny the Holocaust, Eisenhower wanted to document the horrors and have witnesses

Eisenhower also ordered every American soldier in the area who was not on the front lines to visit Ohrdruf and Buchenwald. He wanted them to see for themselves what they were fighting against. Members of the U.S. Army Signal Corps recorded approximately 80,000 feet of moving film, together with still photographs.

General Eisenhower understood that many people would be unable to comprehend the full scope of this horror. He also realized that any human deeds that were so utterly evil might eventually be challenged or even denied as being literally unbelievable. For these reasons, he ordered that all the civilian news media and military combat camera units be required to visit the camps and record their observations in print, pictures, and film. As he explained to General Marshall, “I made the visit deliberately, in order to be in a position to give first-hand evidence of these things if ever, in the future, there develops a tendency to charge these allegations merely to ‘propaganda.’”

The future 34th President of the United was correct, Antisemitism and Holocaust denial has become more mainstream in recent years. Thankfully some groups, even today, attempt to deny that the Holocaust ever happened they must confront the massive official record, including both written evidence and thousands of pictures, that Eisenhower ordered to be assembled when he saw what the Nazis had done.

On International Holocaust Remembrance Day, we hold in our hearts the memory of every man, woman, and child who was abused, tortured, or murdered during the Holocaust.  To remember these men and women—those who perished and those who survived—is to strive to prevent such suffering from happening again.  Any denial or indifference to the horror of this chapter in the history of humankind diminishes all men and women everywhere and invites repetition of this great evil.  We remain committed to the post-Holocaust imperative, “Never Again.”  “Never Again” means not only remembering—in a profound and lasting way—the evils of the Holocaust, but it also means remembering the individual men and women in this Nation, and throughout the world, who have devoted their lives to the preservation and security of the Jewish people and to the betterment of all mankind.

While President Trump remembers, too many others are forgetting “Never Again.”

Below is a clip of the news video taken of General Eisenhower’s visit to Ohrdruf, It is graphic, but it should be watched nevertheless.