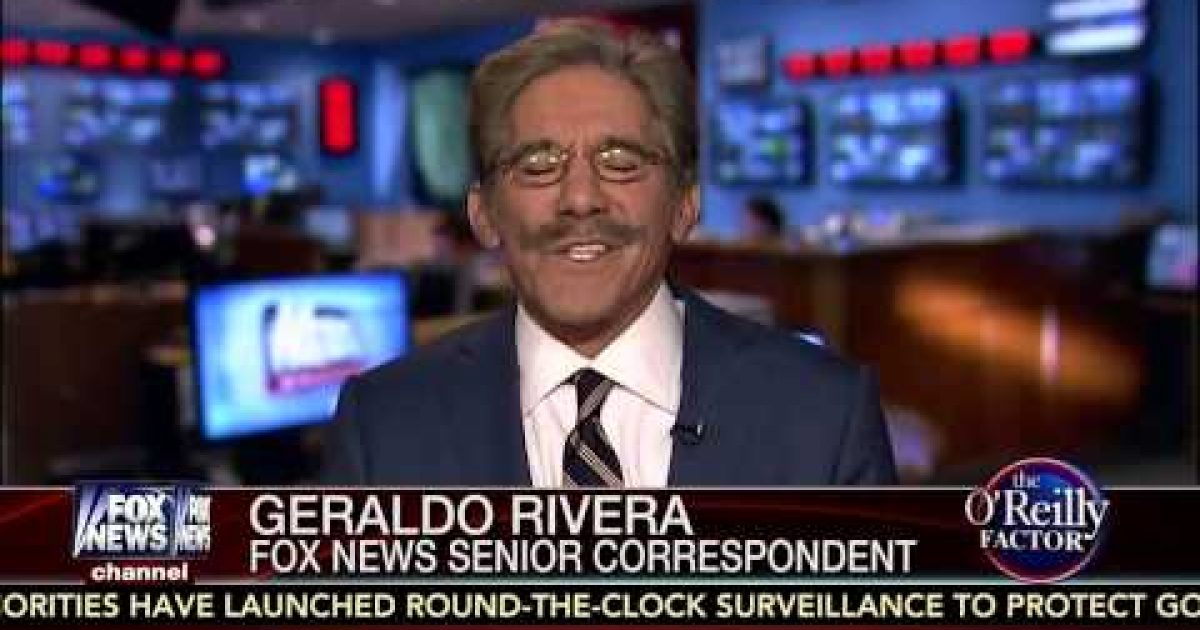 During a discussion about the divisiveness of racial agitator Al Sharpton on Thursday’s O’ Reilly Factor, Geraldo Rivera likened Sharpton to America’s most revered civil rights leader, Martin Luther King Jr. “But if you look at the contemporary press about the personality of Martin Luther King Jr.,” said Rivera, “you see a man who was — was suspected of the same kinds of shenanigans as Al Sharpton.”

A few weeks earlier on the same program, O’ Reilly and Rivera agreed on a poll to determine people’s opinion of Sharpton. When Rivera first came on, O’ Reilly presented the results of the poll, which showed that except for African-Americans the vast majority of Americans do not like Al Sharpton.

Thursday O’Reilly transitioned into a discussion of Sharpton’s reaction to the Academy Award nominations, when Rivera drew the parallel:

O’Reilly: Now today, Geraldo, and you are out in L.A. so it’s perfect. [To the program’s director] Come back it to me we know what he looks like. Come back to me. [Back to Geraldo] All right, now Al Sharpton is appallingly insulted about the Academy Awards. And he’s calling for an emergency meeting in Hollywood to discuss possible action against the Oscars because no black actors or actresses were nominated. Now, “Selma” was nominated for Best Picture, but he is appallingly insulted.

Rivera: Well, you know, I just — just take “Selma,” I only saw the clips, I haven’t seen the movie yet. It looks great. Oprah Winfrey did it the acting looks terrific. Everybody that I know that has seen it is inspired by it what did it get shut out except for the best song —

Rivera: Good theme song of theirs and then it got Best Picture. That’s great. None of the actors, I mean, come on. —Maybe it was people sincerely don’t like it– I didn’t see it. My point is this. Bill, my point is this. Al Sharpton’s constituency really likes him a lot. He is the man for the black civil rights movement right now. He is the most prominent civil rights in our country today—

Rivera: The fact that you don’t like him is irrelevant.

O’Reilly: It’s sad that a shakedown artist tax cheat could be put in that category, that’s sad

O’Reilly: It’s not a different issue. The issue is everyone is that for whatever reason Martin Luther King isn’t here anymore and nobody is really taking his place. I think his son, Martin Luther King III, I wish he would be more visible. But it’s just sad to me. It really is.

Rivera: But if you look at the contemporary press about the personality of Martin Luther King Jr., you see a man who was — was suspected of the same kinds of shenanigans as Al Sharpton. You had the FBI director was all Martin Luther King—

O’Reilly: No, no, no, I know what I’m talking about here.

Rivera: —as adulterer, this, that, and the other thing. The fact of the matter is black people admire Al Sharpton and they think what he is saying about Selma and other films is correct.

Rivera’s knowledge of history is way off. While the FBI unfairly targeted Martin Luther King Jr., Sharpton’s contact with the FBI came because he was an informant for the FBI in a drug case. When King marched to Selma, people of all races and religions who believed in his cause, including Jews, surrounded him. When Al Sharpton demonstrated in NY’s Crown Heights and against Freddy’s Fashion Mart in Harlem, he was inciting violence specifically against Jews.

Reverend King dedicated his life to uniting the races; Sharpton’s life has been dedicated to dividing them. The two men are totally dissimilar.