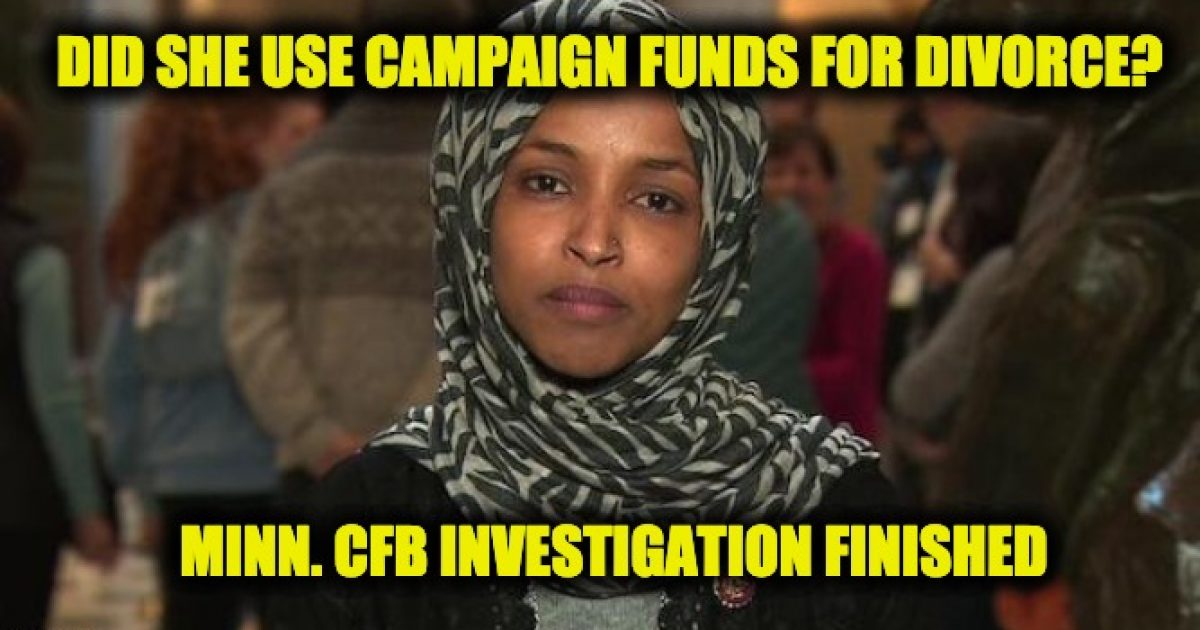 Antisemitism is not the only controversy faced by Minnesota Freshman Rep. Ilhan Omar. Per James Rosen of the Sinclair Broadcast Group, Rep. Omar will soon, “learn the results of a probe into her campaign spending as a state lawmaker in Minnesota, Sinclair has learned, with authorities there having recently completed their investigation and preparing to issue rulings in a pair of complaints Omar faces.”

[State] Rep. Steve Drazkowski. In referring Omar to the Minnesota Campaign Finance Board, Drazkowski alleged that Omar improperly spent close to $6,000 in campaign funds for personal use, including payments to her divorce attorney and for travel to Boston and Estonia. Drazkowski’s filing of the two complaints followed an earlier episode in which Omar repaid $2,500 for honoraria she received for speeches at colleges that receive state funding, a violation of ethics rules for Minnesota lawmakers.

Drazkowski explained the charges in November when he first announced the formal investigation of Rep. Omar’s campaign committee:

According to the CFB’s probable cause determination, Omar’s “out of state travel may not have been to events that would have helped a candidate in the performance of state legislative duties.”

Her 2017 year-end report also showed an expense for airline tickets for an international trip to Estonia. In all, Omar spent more than $3,000 in travel-related disbursements.

A formal CFB investigation into the Omar committee’s use of campaign money to pay legal fees to her divorce attorney also remains ongoing. According to statements made to the CFB by attorney Carla Kjellberg, Omar’s payment to Kjellberg’s law office was reimbursed for services that the Kjellberg firm initially paid for on behalf of the Omar Committee, which would be a violation of state law. Additionally, it appears that the reimbursed expenses may have been related to tax preparation and legal expenses related to immigration.

“Representative Omar is a serial violator of our laws,” Drazkowski said. “She not only has failed to offer any explanation for her ignorance of our laws but had the audacity to tell her consituents she has not been cited for any campaign finance violation. Well, the Campaign Finance Board now has two open investigations against her and its long past time for Omar to give the public some real answers as to why she’s tap-dancing around our laws and using campaign dollars for personal gain.”

Also in 2017, Rep. Omar had accepted payments from three Minnesota colleges after making appearances on campuses – which Drazkowski said was a clear violation of Minnesota House rules. So far, Omar has repaid $2,500 of the $2,750 amount she should not have accepted.

Per Omar, the legal fees to her divorce lawyer reflected compensation for legal services rendered to one of her state campaigns.

Per Rosen, both the travel expenses and the attorney fee investigations are complete and the Campaign Finance Board should be issuing rulings in the next four-six weeks.