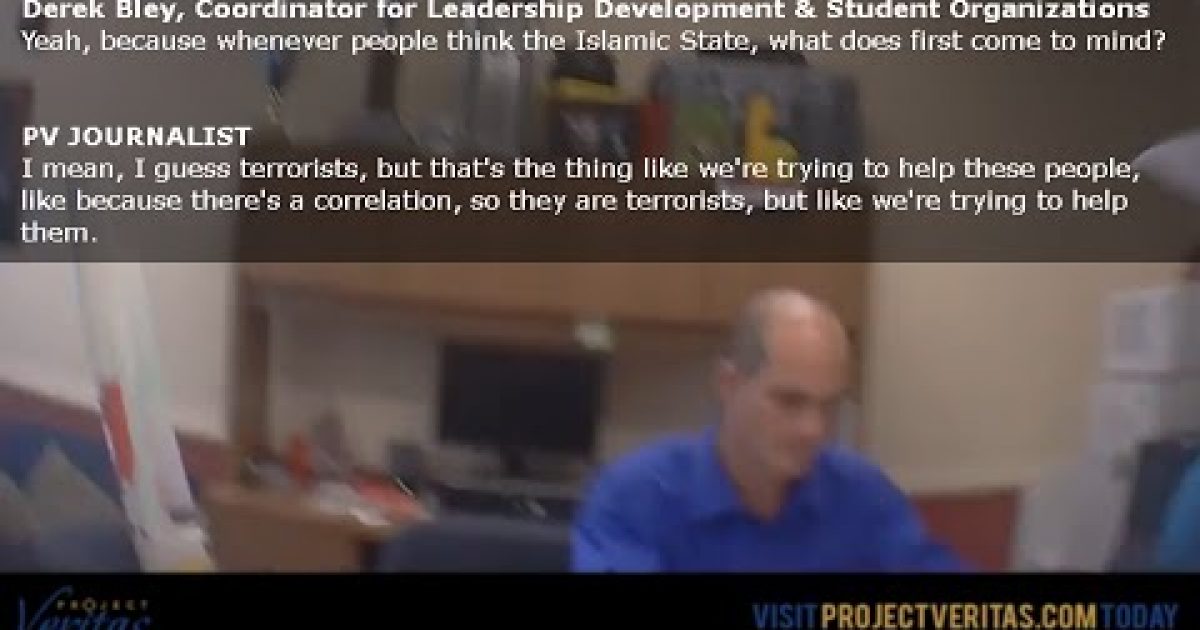 James O’ Keefe’s Project Veritas has found another school willing to allow students to form a pro-ISIS club. This time there can be no claims the school administrator didn’t really know what was going on as what happened with the Cornell video. The latest video takes place at Barry University and the school’s only objection to the club was the name, they suggested the group find a more politically correct name “because technically our country is at war with ISIS”
The latest video (below) reveals several high-level officials and a professor at Barry University actually sanctioning a club with the stated purpose of sending material aid to ISIS.

Barry University in Miami, Florida, inspires students to foster positive change in the local and global community. No matter what undergraduate or graduate degree program you choose, you gain hands-on experience and apply what you learn in the classroom to a rapidly changing world. You work with professors who mentor, encourage, and challenge you. You choose from a full array of campus activities that allow you to have fun, make friends, and develop your talents. At Barry, you prepare to join the next generation of change agents and leaders.

In O’Keefe’s latest video, several Barry University officials as well as a professor appear a little too eager to guide a Veritas journalist through the process of forming a pro-ISIS club. Derek Bley, Coordinator for Leadership Development & Student Organizations, was fully aware that the proposed student group was being formed to aid ISIS and he expressed no ethical qualms whatsoever. Disturbingly, Bley’s only concern appeared to be the use of the acronym “ISIS” in the club’s name: “We’re not here to limit people and their clubs… but I would recommend maybe coming up with one or two other possible names just in case this one does not get through.”

Frage and Santiago appeared to be concerned only with the club’s name in a joint meeting with the Project Veritas reporter. In the open office setting where the meeting took place, Frage said: “By all means we support any student wanting to start their own organization… the only thing, as far as the name, the thing is, because technically our country is at war with ISIS.” And Santiago opined: “We talked about maybe saying [Sympathetic Students] in support of in the Middle East… as opposed to [saying] ISIS.”

Professor Pawena Sirimangkala signed the necessary documentation to give the Veritas reporter everything she needed to start the pro-ISIS club (our journalist, of course, did not).

This Video is a much watch!