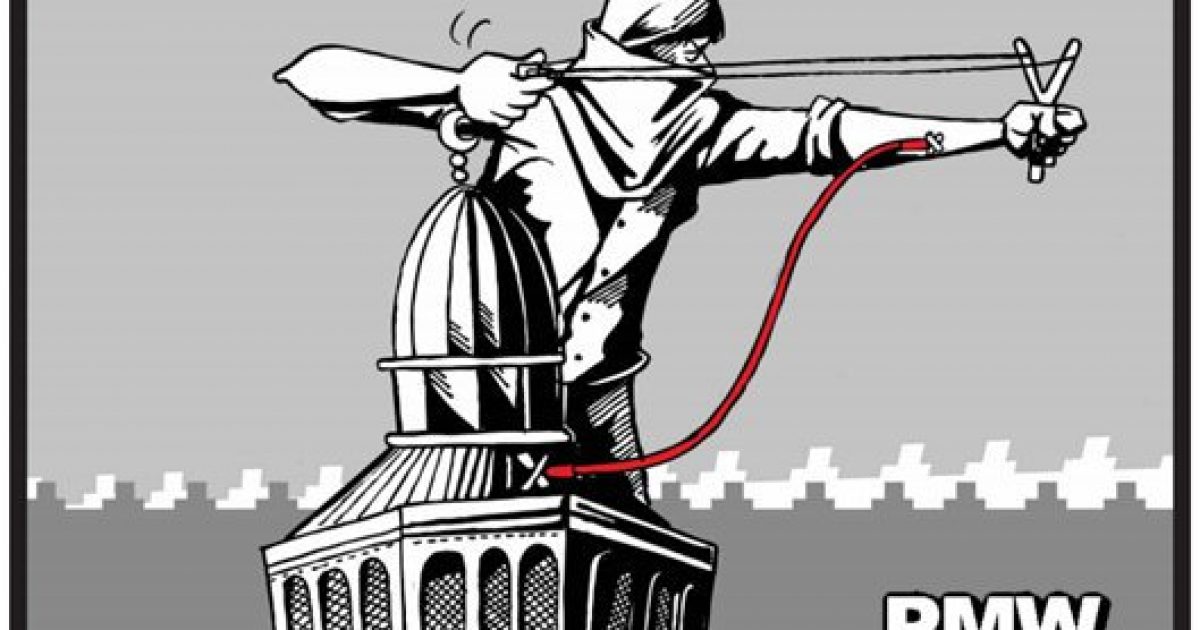 The official newspaper of the ruling “Moderate” Palestinian Authority, Al-Hayat Al-Jadida, is running cartoons trying to incite violence against Israeli Jews using the fake story that Israel is planning to destroy the Al-Aqsa Mosque and other Muslim holy sites.

This cartoon ran on November 1. It shows a man standing on top of the Dome of the Rock shooting with a slingshot while giving blood to the Dome.

The next day the paper ran a cartoon showing a father and son before an Israeli police barrier at the entrance to the Dome of the Rock. The father hands his son a slingshot and the text instructs, “Purification before prayer is performed with stones.”

For years, the Palestinian Authority and Fatah have voiced the libel that Israel is planning to destroy the Al-Aqsa Mosque and other Muslim holy sites. Recently a President Abbas speech telling Palestinians to “use any way” to prevent Jews from entering the Temple Mount was turned into a video which was broadcast at least 19 times over a two-day period. That speech may have had a role in inciting the shooting of Rabbi Yehuda Glickin Jerusalem last Wednesday.

As the official newspaper of the Palestinian Authority, Al-Hayat Al-Jadida only publishes what is acceptable to the Abbas-led government.

The U.S. State Department, which has admonished Jews for living in certain areas of Jerusalem, remains silent about the Palestinian Authority’s incitement of violence.