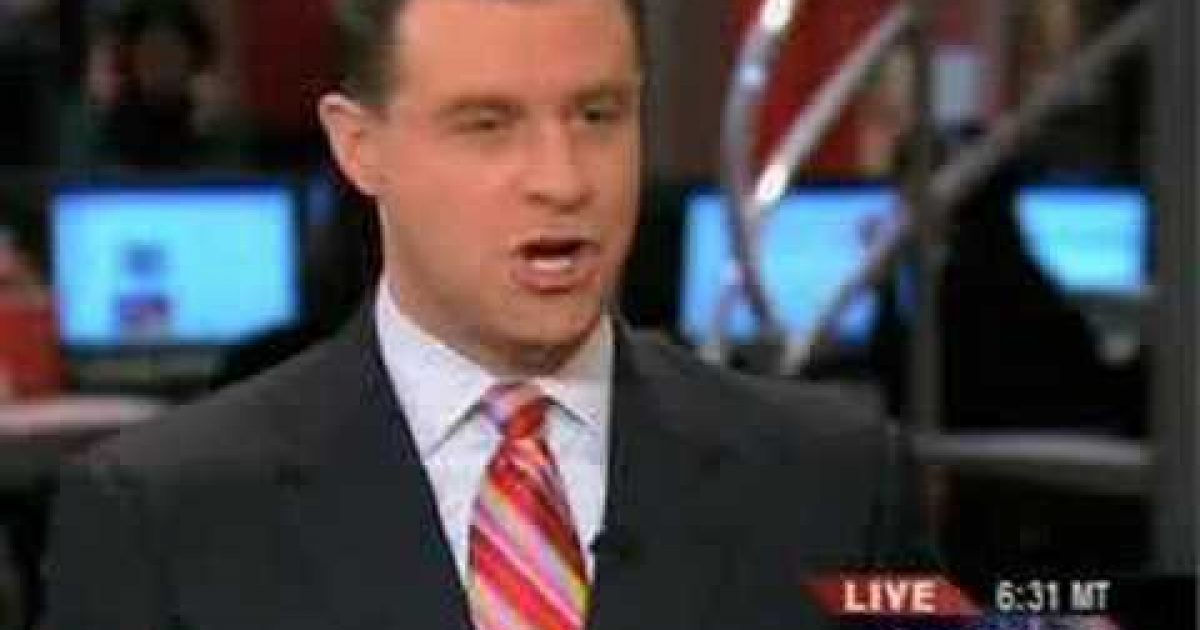 There’s a gentleman’s agreement in politics that kids are off-limits. As nasty as the campaign can get and as hard as politicians and would-be politicians go after each other, attacking someone’s children or family has always been considered a below-the-belt kind of punch. And that goes for the media also.

Attacks on kids are frowned upon for the simple reason that a candidate’s family, his or her kids in particular, are “non-combatants.” They’re innocents who didn’t ask to be thrust into the spotlight.  And often they are little kids who take the nastiness to heart. But there is a difference as to how this rule is seen. Recent history has shown us that if the politician is a Democrat the “attacker” of a kid gets punished, while nothing happens if the child getting hit has a Republican parent.

The attacking kids controversy has jumped front and center since the Washington Post ran an editorial cartoon depicting the young daughters of Republican Presidential Candidate Senator Ted Cruz (R-TX) as monkeys. Among the questions being asked are:

Actually the answers to these questions are readily available, since similar incident have happened in recent years.  Perhaps the most famous in 2008 when a reporter who asked if Hillary Clinton was exploiting her adult daughter was suspended for two weeks.

In reporting the incident, most of the media rightly said that a candidate’s children are off limits. But, then, in a passive-aggressive obscuration, they tried to soften the attack on the four and seven-year-old girls by questioning the senator’s use of the incident for campaign fundraising – or by opining that the Washington Post cartoon was a gift to his campaign. Even the Washington Post, whose editor pulled the cartoon saying it was their policy was not to go after a candidate’s children, ran a column explaining the incident away as a gift to Ted Cruz.

Let’s examine some other recent cases.

In 2009, late night host David Letterman took a cheap shot at Sarah Palin’s 14-year daughter when he included in his opening monologue, “One awkward moment for Sarah Palin at the Yankee game — during the seventh inning, her daughter was knocked up by Alex Rodriguez.”

Palin was at the game with her daughter Willow and was not happy.

“Concerning Letterman’s comments about my young daughter (and I doubt he’d ever dare make such comments about anyone else’s daughter): ‘Laughter incited by sexually-perverted comments made by a 62-year-old male celebrity aimed at a 14-year-old girl is not only disgusting, but it reminds us some Hollywood/NY entertainers have a long way to go in understanding what the rest of America understands — that acceptance of inappropriate sexual comments about an underage girl, who could be anyone’s daughter, contributes to the atrociously high rate of sexual exploitation of minors by older men who use and abuse others.'”

At the time Palin  wasn’t running for anything (she resigned from the Governor’s office a month letter).  Eventually Letterman apologized on air (sort of).  Six months later he told Oprah that he only apologized because he wanted to “continue to make fun of” the Sarah Palin and if he didn’t “sincerely express” his regret, he would “not be able to go forward making fun of her.”

The reaction to these next two incidents where the politician was a Democrat were much different.

MSNBC political reporter David Shuster was guest-hosting on MSNBC’s Tucker Carlson show on February 7, 2008, when he mentioned how Hillary Clinton was using her 27-year-old daughter to make phone calls and pitches for her presidential candidacy. Shuster asked his guests, “Doesn’t it seem as if Chelsea is sort of being pimped out in some weird sort of way?” (video below)

The reaction was harsh and immediate.

Though not his intent, critics accused Shuster of calling Chelsea a prostitute.  A few hours later, Shuster appeared on the Morning Joe program to apologize. He apologized again later that day when he continued guest hosting the Carlson show.

Two days later, Howie Kurtz (now of Fox News) discussed the reactions of the campaign and the network in the Washington Post

Howard Wolfson, the campaign’s communications director, called Shuster’s remark “disgusting,” “beneath contempt” and “the kind of thing that should never be said on a national news network.” Wolfson appeared to suggest that Clinton is reconsidering an agreement this week to participate in an MSNBC debate Feb. 26 in Cleveland, saying: “I at this point can’t envision doing another debate on that network.”

Even though, at the time, Shuster was a big part of MSNBC’s political coverage, and apologized twice on-air, the network announced an indefinite suspension of the reporter, saying:

In a statement, MSNBC spokesman Jeremy Gaines called Shuster’s language “irresponsible. . . . NBC News takes these matters seriously and offers our sincere regrets to the Clintons for the remarks.” As for the scheduled debate between Clinton and Barack Obama, Gaines said network executives were talking to the Clinton camp “and we are hopeful that the event will take place as planned.”

It could have been worse for Shuster since, as reported by Newsbusters, his boss wanted to fire him:

Big Head DC has learned from sources inside the MSNBC camp that Phil Griffin, senior vice president at the network, “screamed” at reporter David Shuster for not agreeing to immediately apologize to Chelsea Clinton for saying on-air she had been “pimped out” by her mom’s campaign. Griffin threatened to fire Shuster “on the spot,” and it was only with intervention from Tim Russert that Shuster didn’t lose his position.

Shuster was suspended and almost fired for his faux pas, even though Chelsea Clinton was an adult, two weeks short of her 28th birthday. While the words Shuster used were out of line, at the time Chelsea was acting as a campaign surrogate for her mother, a role she also undertook two years earlier during Hillary’s campaign to be reelected to her Senate seat and it could be argued that she was an adult campaign surrogate, thus fair game.

A  more recent example involved Elizabeth Lauten, a former communications director for Rep. Stephen Lee Fincher (R-TN). While working for Fincher in 2014, Lauten criticized Obama’s daughters on Facebook for how they dressed and acted during the annual Thanksgiving turkey pardoning ceremony.

“Dear Sasha and Malia, I get you’re both in those awful teen years, but you’re a part of the First Family, try showing a little class. Rise to the occasion. Act like being in the White House matters to you. Dress like you deserve respect, not a spot at a bar.”

To be honest, my kids have the same bored look when I speak in public and try to tell jokes. Justifiably Elizabeth Lauten was forced to resign.

The biggest difference between the four incidents, and most probably the reason for the different reactions is the fact that Ted Cruz and Sarah Palin are conservative Republicans. Therefore attackers of their children were not punished.  President Obama and Hillary Clinton are Democrats.  Their children’s attackers were punished by their employees.

I happen to believe that a politician’s children should be off-limits, even if the candidate happens to be a Republican. And anyone who breaks that rule should be punished. It was not Sasha and Malia’s fault their father dragged them to the Turkey pardon, it was not Willow Palin’s fault that her mom ran for vice president and he sister had a child out of wedlock, and it wasn’t the fault of Ted Cruz’s young daughters that he used them in a commercial.

The only exception should be when the “child” is an adult and working on the campaign. In the case of Chelsea Clinton, a 28-year-old adult daughter who was acting as a campaign surrogate, I believe she was fair game as she will be now at 35 when she campaigns for her mom’s presidential effort.

Interestingly, in 2009 while still at MSNBC, Shuster made a comment that was incredibly more sexually-charged than his Chelsea comment, but since it mocked conservative Americans, there was no controversy.

For most Americans, Wednesday, April 15, will be Tax Day, but . . . it’s going to be Teabagging Day for the right wing, and they’re going nuts for it. Thousands of them whipped out the festivities early this past weekend, and while the parties are officially toothless, the teabaggers are full-throated about their goals. They want to give President Obama a strong tongue-lashing and lick government spending.” Shuster went on to say that Fox News personalities were “looking forward to an up-close-and-personal taste of teabagging.” Etc., etc., etc. All the while, MSNBC was picturing Republican figures, and the following words were on the screen: “TEABAG MOUTHPIECES.’

Some may believe that the Chelsea reference received a harsher penalty than the Cruz or Palin ones because it was sexually-charged, but when the same reporter on the same network made a comment that was more sexually-charged – but, directed at conservatives – there was no consequence.

Antifa Riots On Inauguration Day In Portland And Seattle
January 21st, 2021 The Lid