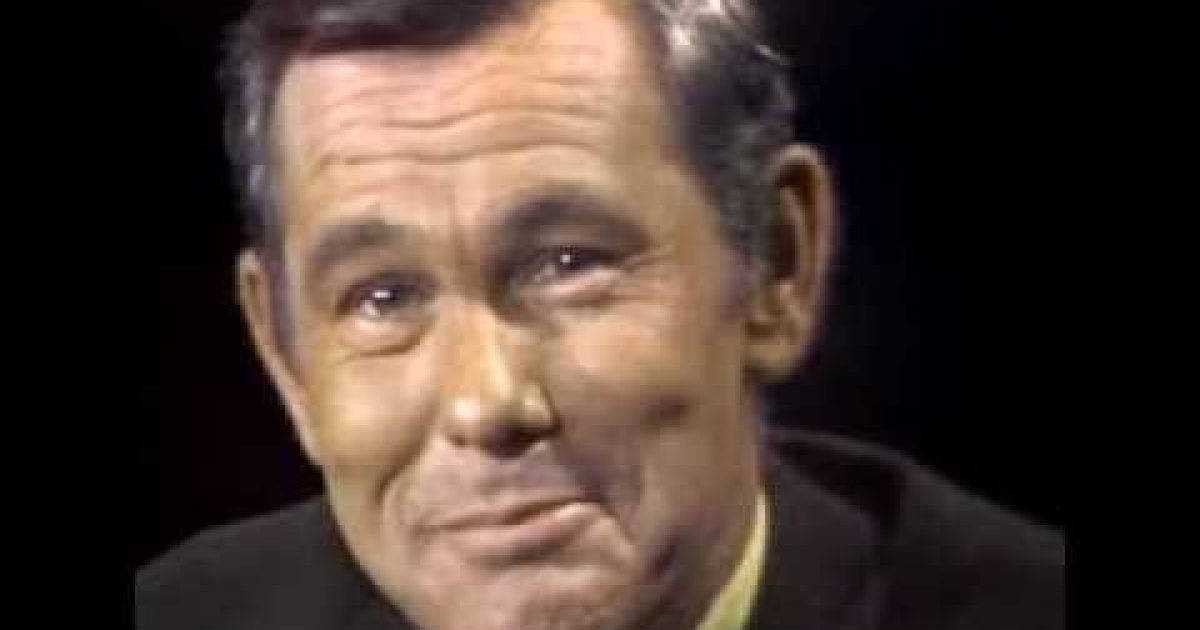 Fifty-three years ago a new host took over the Tonight Show from the very successful Jack Paar.  A guy named Johnny Carson became the host of the then hour and forty-five minute program and was not just as successful as Paar but rocketed past his predecessor’s success by the time he retired 30 years later, he was the undisputed king of late night.

But on October 1, 1962 for the first time in late night TV America heard Carson’s announcer and side kick Ed McMahon give his famous introduction, “Heeeeere’s Johnny!!!” Followed by a comedy monolog which could be as biting toward politicians as it was funny and which would always end with a golf swing toward the orchestra.

So many comedians attributed their success to Johnny Carson’s Tonight Show. Carson had a way of getting comedians to do their best, and non comedians to shine by being funny. Rather than insisting on getting all the attention, Carson allowed his guest to be stars.

Or as Billy Wilder described him:

By the simple law of survival, Carson is the best. He enchants the invalids and the insomniacs as well as the people who have to get up at dawn. He is the Valium and the Nembutal of a nation. No matter what kind of dead-asses are on the show, he has to make them funny and exciting. He has to be their nurse and their surgeon. He has no conceit. He does his work and he comes prepared. If he’s talking to an author, he has read the book. Even his rehearsed routines sound improvised. He’s the cream of middle-class elegance, yet he’s not a mannequin. He has captivated the American bourgeoisie without ever offending the highbrows, and he has never said anything that wasn’t liberal or progressive. Every night, in front of millions of people, he has to do the salto mortale [a circus parlance for an aerial somersault performed on the tightrope]. What’s more, he does it without a net. No rewrites. No retakes. The jokes must work tonight.

Over the years there were many who tried to topple him from his throne as the king of late night, Joey Bishop a member of Frank Sinatra’s “Rat Pack” lasted only two years, the Dick Cavett show was too cerebral,  Carson’s fill in host Joan Rivers tried and failed also. No one could come close to Carson.

For three decades Johnny Carson was must watch TV and while other’s have tried since he retired, no one has approached his dominance.

The video below is of my favorite Carson routine ever, a take-off of the Dragnet police series with Jack Webb, star of Dragnet, the famous “Copper Clapper Caper” sketch.

McConnell to Trump: If You Pardon Julian Assange, We’re ‘More Likely to Convict You’ [Report]
January 19th, 2021 Flag And Cross