Call it socialism, progressivism, Marxism, whatever, to me, they are all different flavors of the same thing, the government taking over the economy and the freedoms inherent in the American way of life.

An analysis by USA Today, using US Government figures, show that private business contributes the smallest share of personal income ever in the history of the US, parallel to that is the fact that government-provided benefits, E.G., Social Security, unemployment insurance, food stamps, and other programs rose to a record high during the first quarter of 2010.

Those records reflect a long-term trend accelerated by the recession and the federal stimulus program to counteract the downturn. The result is a major shift in the source of personal income from private wages to government programs.

The trend is not sustainable, says University of Michigan economist Donald Grimes. Reason: The federal government depends on private wages to generate income taxes to pay for its ever-more-expensive programs. Government-generated income is taxed at lower rates or not at all, he says. “This is really important,” Grimes says.

Key shifts in income this year:

Why is any of this important? Look at the picture below, as the government continues to take over a bigger piece of the economy, and income from private sources continues do decline, the entire house of cards collapses. 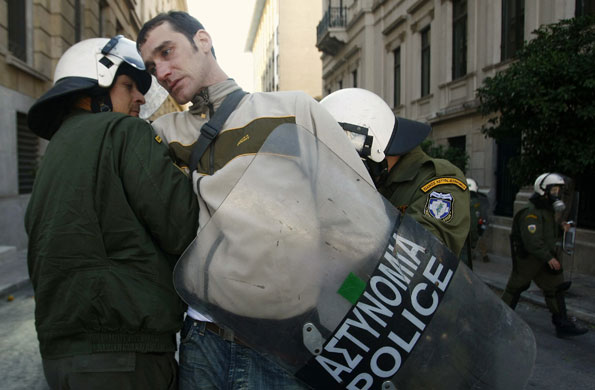 Economist David Henderson of the conservative Hoover Institution says a shift from private wages to government benefits saps the economy of dynamism. “People are paid for being rather than for producing,” he says.

All of this has been happening for a long time, its only accelerated during the 17 months of the Obama administration as his policies push us faster down the hill toward government control.

It gets worse, you see, the numbers above don’t include Obamacare, which expands the government even further, puts more people on the public payroll, while shrinking the private sector and expanding the benefits given out by the federal government.

And there’s more, in the video below Senator Gregg explains that the financial reform bill making its way through Congress is social justice, wrapped in a massive growth in the federal bureaucracy, surrounded by income redistribution.

In 17 short months, we can see that President Obama is getting what he foresaw, way back in 1996 when he ran for Illinois State Senate as part of the Marxist New Party, a total change in the American way of life. That’s why the next seven months may be the most important months in American history, can the GOP continue the momentum they seem to have and take over at least one of the houses of Congress. That is our only chance to blunt the suffocation of the American economy by the federal government.