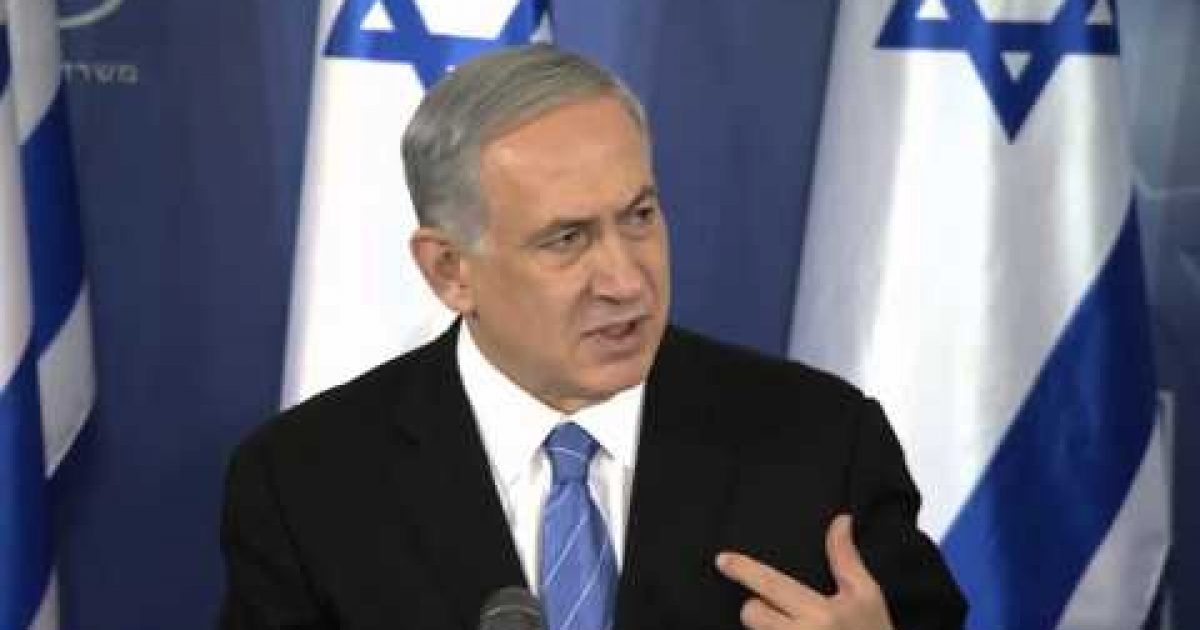 When I was in grade school, spelling traumatized me. I couldn’t get the knack — all those exceptions. “I” before “e” except after “c,” except for weigh and weird. The rules have so many exceptions, that even the exceptions have exceptions. I still get heart palpitations just thinking about it. That’s probably why I studied Political Science in college — it’s so much easier than spelling.

The pundits on both sides of the political spectrum are confused
about President Obama’s strategy for fighting terrorism, he seems to say
one thing and then a few days later. But it’s just like spelling, you have to understand the exceptions. However recent actions have made
his strategy clear, so as a service to readers and the
political punditry of America we will explain the one big exception to fighting terror which in the
administration is known as “except when the terrorists are targeting
Jews.”

Allow me to explain how it works. While talking about ISIS and the murder of Jim Foley on Wednesday President Obama said:

They
have rampaged across cities and villages — killing innocent, unarmed
civilians in cowardly acts of violence. They abduct women and children,
and subject them to torture and rape and slavery. They have murdered
Muslims — both Sunni and Shia — by the thousands. They target
Christians and religious minorities, driving them from their homes,
murdering them when they can for no other reason than they practice a
different religion. They declared their ambition to commit genocide
against an ancient people.

A few hours after Obama’s speech Israeli Prime Minster Netanyahu gave
one of his own, accurately explaining that Hamas is guilty of the same
horrific acts as ISIS.

Netanyahu explained that the Foley beheading “shows you the barbarism, the savagery of these people,” He added:

We face the same savagery. People who wantonly rocket our cities and conduct mass killings, and when they can, they murder children, teenagers, shoot them in the head, throw people from the sixth floor, their own people, and use their people as human shields.

During the daily State Department briefing that same day, Deputy
Spokesperson Marie Harf was asked about Netanyahu’s comparison. Ms Harf
she refused to concede that the two terrorist groups were similar.

I
think by definition, they are two different groups. They have different
leadership, and I’m not going to compare them in that way. I’ll let him
[Netanyahu] speak for himself, but I’m not going to use that
comparison.


Why would the Obama administration refuse to accept the Netanyahu
comparison? There is one major difference between ISIS and Hamas. As the
President said above, ISIS attacks people of all religions including
their own. On the other hand, Hamas’ primary target is the Jewish
people. Their stated objective is killing all of the Jews in Israel and
once that is done, killing all of the Jews in the rest of the world.

Civilian casualties is another example of the “Except when the terrorists are targeting Jews” strategy.

Since
the start of the Gaza war, President Obama has constantly attacked
Israel for the tragedy of civilian casualties despite the fact that
Israel goes even further than the U.S. to avoid civilian casualties and
that Hamas uses its population as human shields.

During
an interview with the New Yorker this past January, Obama told David
Remnick that he “wrestle[s]” with civilian casualties. But he also said
he has..

Why
would Obama go out of his way to criticize this country’s number one
ally in the Middle East about civilian casualties when he knows that
Hamas puts non-combatants in the line of fire and the lengths Israel
goes, to avoid killing civilians? That’s because the President believes
Netanyahu’s “solemn duty and responsibility” to keep his citizens safe
is different than Obama’s. Each of the countries have pluralistic
societies recognizing the freedom of its people, but only one of them is
comprised mostly of Jews.

Obama believes the
civilized world should weed out and fight terrorism wherever they may
find it, except of course if the terrorists are targeting Jews.

During that same Wednesday speech the President said:

From
governments and peoples across the Middle East there has to be a common
effort to extract this cancer, so that it does not spread. There has to
be a clear rejection of these kind of nihilistic ideologies. One thing
we can all agree on is that a group like ISIL has no place in the 21st
century.

Since the start of the Gaza operation, Obama has allowed
Israel to go only so far in trying to destroy Hamas before demanding a
cease fire. Contrary to his ally Israel, Obama’s strategy is to bring
Hamas to the negotiating table as opposed to extracting “this cancer, so
that it does not spread.”

Why is Obama’s goal to
eradicate ISIS but only to bring Hamas to the bargaining table? There
can be only one answer as there is only one difference between the two
terrorist groups, unlike ISIS who targets everybody, Hamas’ primary
target is the Jews, not only in Israel, but they have stated that their
primary target is all Jews across the world.